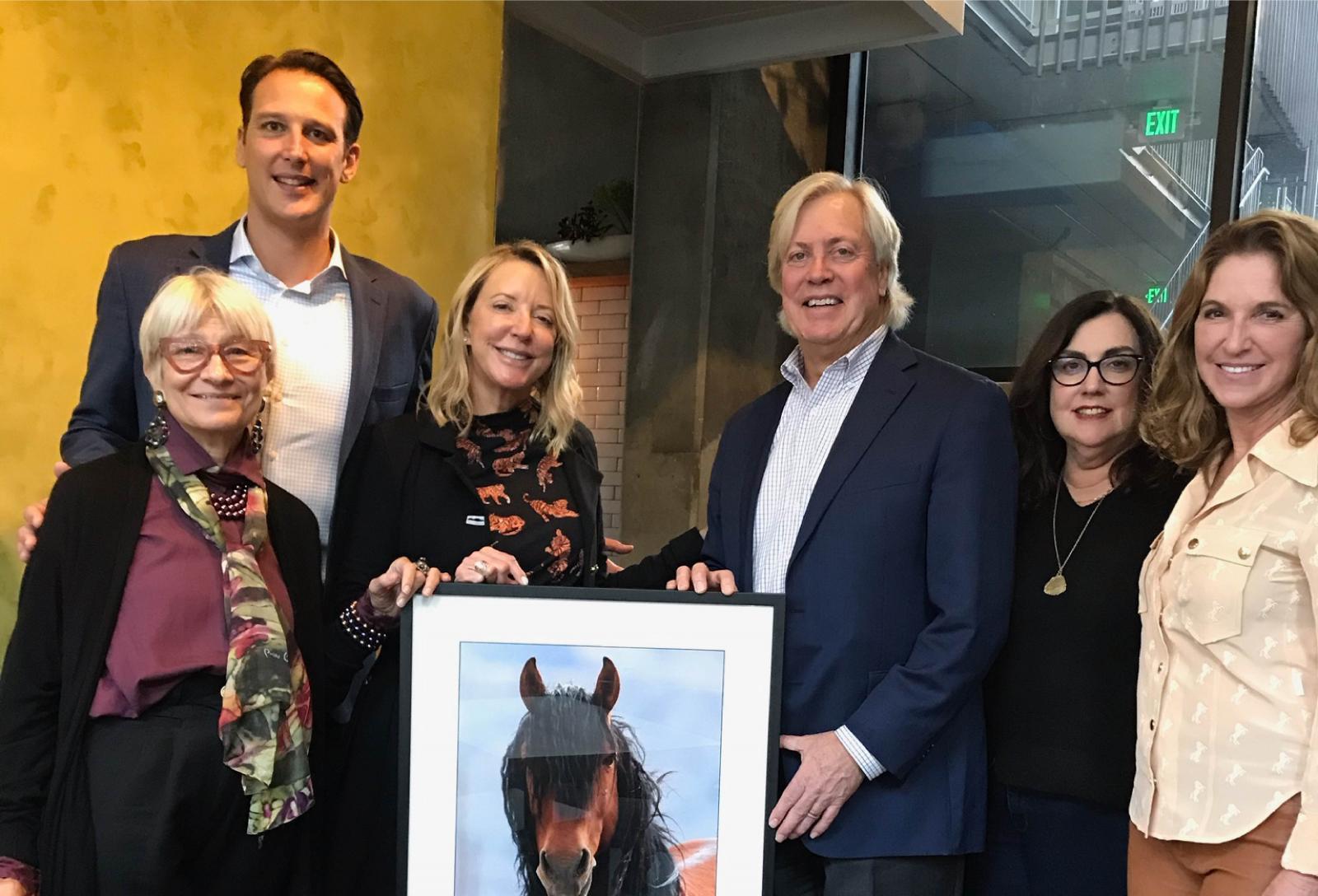 As the owner of a Sonoma County winery and a 2,000-acre, Northern California wild horse sanctuary with more than 200 rescued mustangs and burros, Ellie brings to the Board of Directors business management experience and an extensive knowledge of the issues and challenges of wild horse advocacy and management. Ellie has been a key supporter of the American Wild Horse Campaign for more than six years and is a leader in numerous other charitable and political causes.

Stephanie Zill is a Certified Public Accountant and business manager located in Southern California.  She has over 30 years' experience in accounting in a variety of fields including entertainment, law, and logistics.  Since 2010, Stephanie has had her own practice with a focus on small to mid-sized non-profit organizations.  She has been active on a variety of non-profit boards including Step Up Women's Network, Full Disclosure in Media and the Center for Biological Diversity.

Suzanne brings to the Board over 25 years of political, public affairs and animal welfare advocacy. She has worked as a press secretary for local and national political campaigns, a public affairs specialist for a Fortune 500 company, and Director of Communications and Programs for two non-profit animal welfare organizations. From 2008-2014, she served as a member of the Orange County, North Carolina Animal Services Advisory Board, and is currently a board member for the California-based Gray Whale Coalition and an advisor to Montgomery Creek Ranch, a private wild horse sanctuary in northern California. Since 2010, she has worked as the Executive Director of the American Wild Horse Campaign.

Bill Hake is the regional managing partner of the San Francisco office of Wilson Elser. He is a litigation attorney with national trial counsel, mediation and litigation management experience. For more than 25 years, Bill has taught and lectured at Harvard University School of Law and Stanford University School of Law on trial advocacy and on trial practice, evidence, civil litigation and mediation for the California State Bar Continuing Education Program and for the University of San Francisco School of Law. Bill also taught alternative dispute resolution and mediation for the U.S. Department of Justice and in the federal practice program for the federal court in Northern California. Bill’s legal expertise and negotiating skills are strong contributions to the Board and the work of the American Wild Horse Campaign.

Alicia Goetz is a former tech CFO and founder of Freedom Reigns Equine Sanctuary, a 3,800-acre refuge in California for wild and domestic horses, most rescued from slaughter.

Kathleen Lewis has been involved in every sector of the non-profit community for over 30 years. As a board member, she has chaired numerous advancement committees, fundraisers, been an officer and served on campaign committees for numerous institutions including Portland Art Museum, Portland Opera, Portland Institute for Contemporary Art, Oregon Ballet Theater, Pacific Northwest College of Art, Cascade Aids Project and Randall Children’s Hospital.

As a Wildlife Care Assistant for Portland Audubon, Kathleen rehabilitates injured and orphaned wildlife. She is a former State Council Member of HSUS and former board member of Humane Voters Oregon, and along with AWHC advocated positions that resulted in beneficial outcomes of federal policy decisions. In addition, she worked at the state level on animal welfare legislation and the successful passage of Measure 100, the Oregon Wildlife Trafficking Prevention Measure. Kathleen co-owned and operated Virginia Jacobs, a high end luxury home furnishings store which was sold in 2000.