SALT LAKE CITY — A successful, intense program in Nevada involving wild horses could help refine the science of fertility control in additional wild horse populations as well other species like elephants in Africa.

SALT LAKE CITY — A federal effort to permanently remove 480 wild horses from western Utah also includes a plan to surgically sterilize more than a dozen mares that will be returned to the range.

The procedure, which has never been performed before on wild horses under the purview of the Bureau of Land Management, was done on mares occupying a national wildlife refuge in Nevada with success, federal officials say.

Nevada’s U.S. Sens. Jacky Rosen and Catherine Cortez Masto have joined a bipartisan group of lawmakers urging the inclusion of funding to provide contraception to control the growth of wild horse herds.

Nearly half the nation’s wild horses are in Nevada.

The lawmakers led by Cory Booker, D-N.J., and Rep. Steve Cohen, D-Tenn., argued the BLM’s use of mass roundups to remove horses is a failed system that has resulted in some 48,000 of the animals being held in short or long term corrals across the nation.

LAS VEGAS (KLAS) — Wild horses are a symbol of the West, but many agree the population needs to be controlled for the well-being of both the animals and the land.

One program to help control the population has marked its first anniversary. Some hope it can replace a controversial method used by the federal government.

A group of volunteers in Northern Nevada are taking refuge amidst the coronavirus pandemic in the great outdoors while providing a much needed service.

What are they doing? Darting wild horses with birth control.

(August 2, 2021) The BLM continues to say that the use of PZP fertility control in wild herds is impractical due to the need for annual booster vaccines. The agency also continues to falsely assert that delivering the vaccine to wild horses requires helicopter roundups and holding of horses, thereby dismissing other practical application methods that are already in use in federally-protected herds.

NEAR DUGWAY PROVING GROUND, Tooele County – Every Wednesday morning in Utah’s West Desert, volunteers armed with rifles have ventured into a herd of wild horses and fire away at the mustangs.

It’s not to hurt them. It’s to give them a better shot at survival. 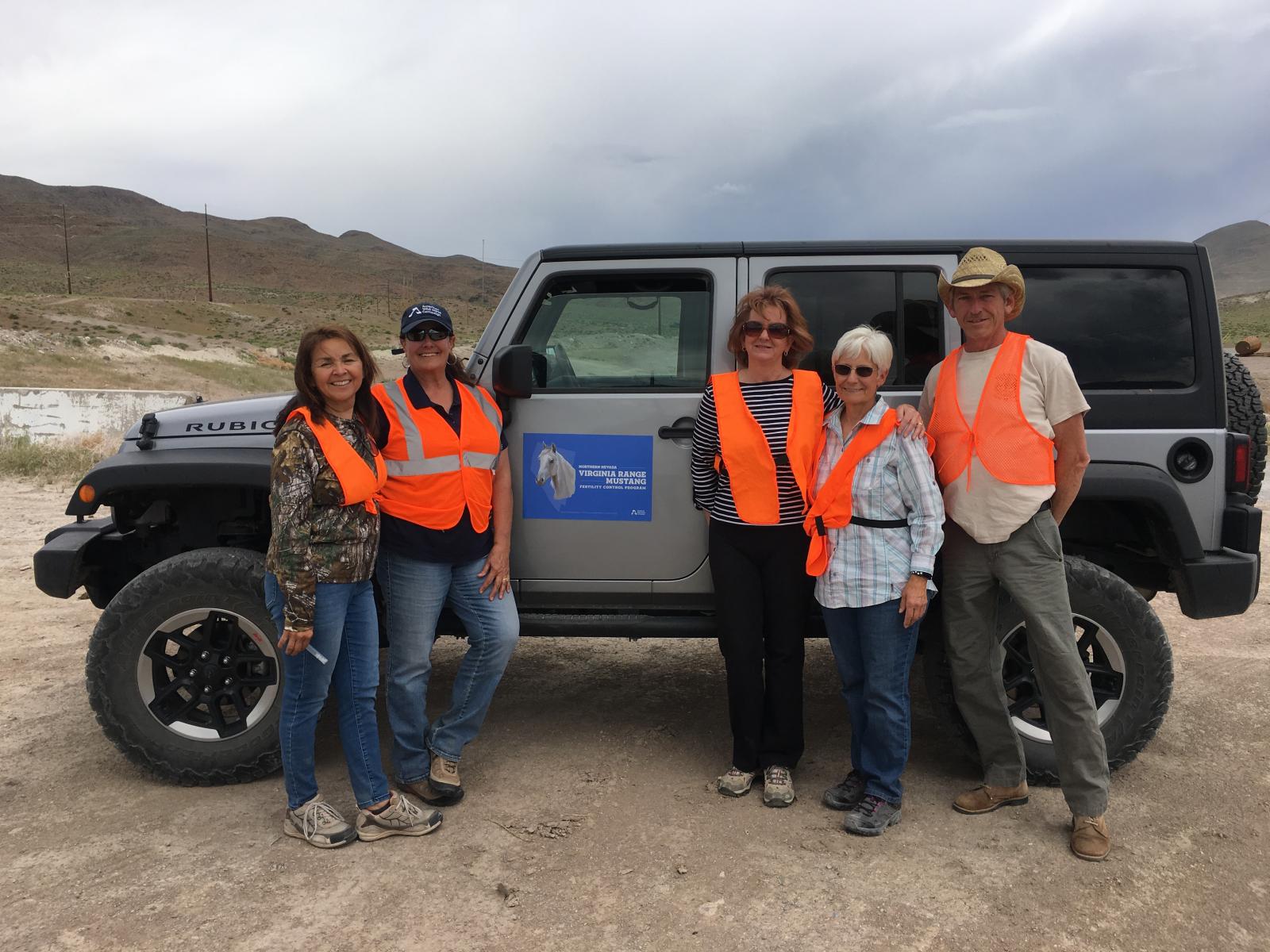 The opinion column below was written by Greg Hendricks, director of field operations for the American Wild Horse Campaign.

AWHC IN THE NEWS | Read more
Subscribe to Fertility Control