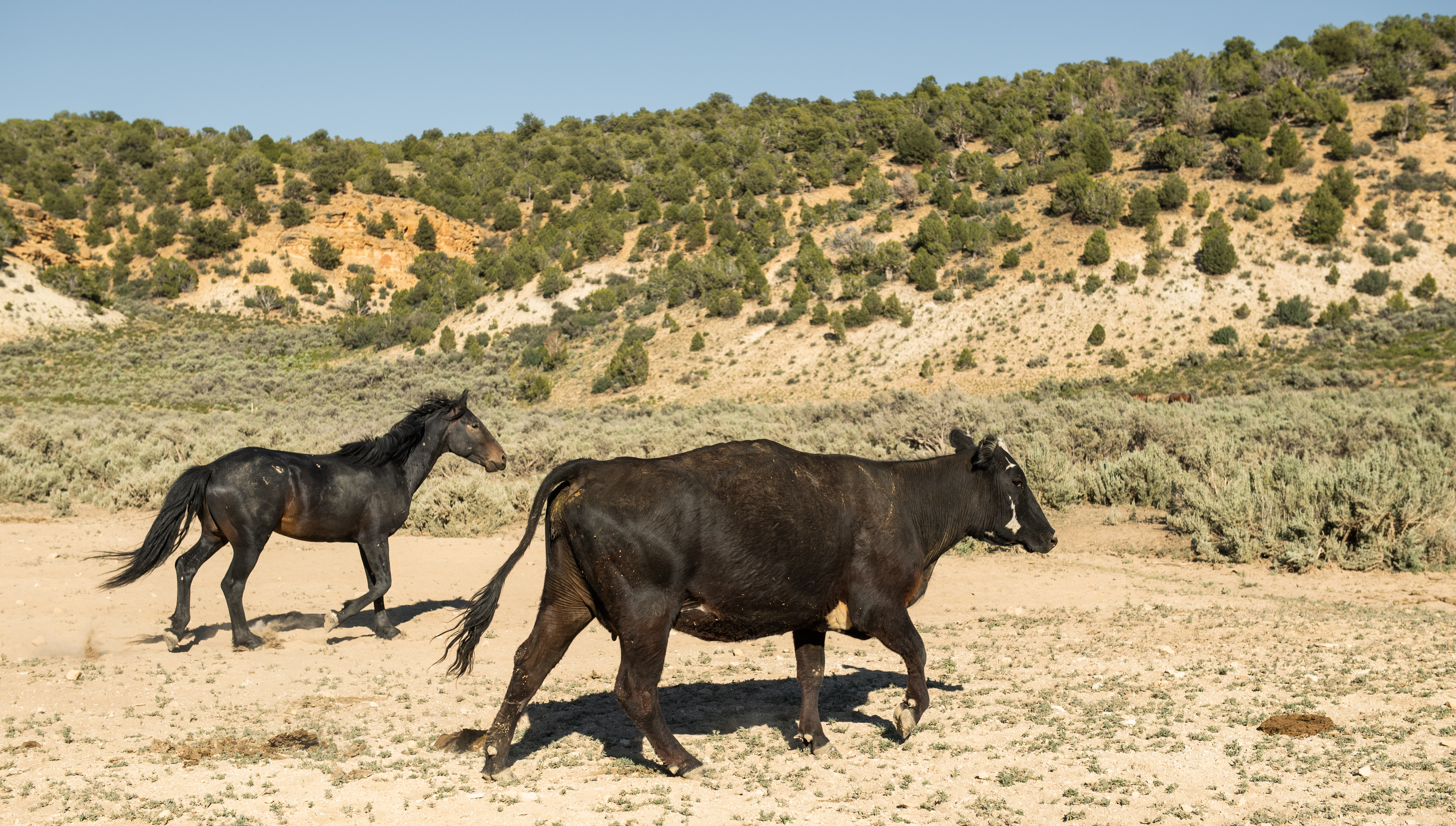 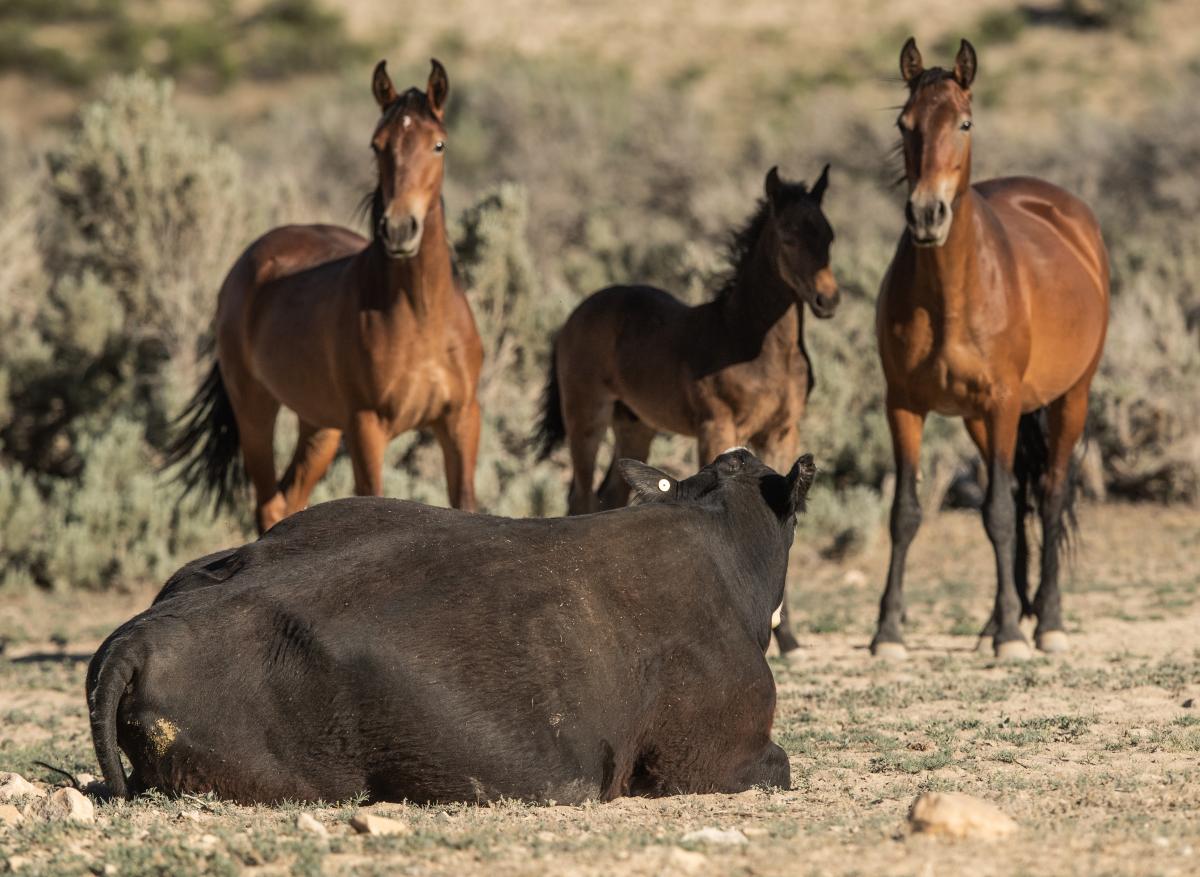 There is no doubt that this reliance on large-scale removals of wild horses from the wild has caused the problem the BLM is now complaining about - high population growth rates on the range. Repeated removals of large numbers of wild horses cause compensatory reproduction in the populations left on the range. This was the conclusion of a 2013 National Academy of Sciences report that concluded the BLM’s  “management practices are facilitating high horse population growth rates” and likely “increasing the number of horses being removed to holding facilities.”

If the BLM had expended even a fraction of the resources spent on four decades of helicopter roundups to implement a humane fertility control program years ago, it would be in a much better position in the Piceance HMA than it is today. But, the agency didn’t begin fertility control darting there until last year, and it is relying on a small group of dedicated volunteers to implement the program for them.

So now, with an estimated population of 1,385 wild horses, another large roundup in Piceance is on the horizon. The agency’s “gather” schedule indicates that it intends to permanently remove 849 wild horses, but at a virtual public meeting last week, the BLM’s White River Field office signaled its goal of reducing the population to the low Appropriate Management Level of 135 horses -  an unnaturally low population limit that hasn’t been evaluated for 20 years.

The Piceance roundup is proceeding despite the crisis in BLM’s off-range holding facilities where nearly 60,000 formerly free-roaming wild horses and burros are confined. Colorado is the epicenter of the crisis;  145 wild horses have died in an infectious disease outbreak at the BLM’s off-range corrals in Canon City - the largest mass casualty event in BLM history.

The problems are not limited to Colorado. Another disease outbreak has killed 15 wild horses so far at BLM holding pens in Wyoming, while internal BLM assessments conducted recently at eight off-range holding facilities document systemic understaffing, vaccination and biosecurity failures and animal welfare violations such as lack of access to food and water.

In response, the BLM pushed up the start date of the roundup, which was originally scheduled for September. On June 13, the agency announced that it would begin bait trapping as early as June 16. The helicopter capture operation will now begin on July 15.

At a virtual public meeting last week, the BLM justified its actions by portraying a habitat and the horses in dire condition. But a visit to the Piceance HMA by AWHC’s Scott Wilson revealed a different picture. While some areas of the habitat are parched, others are lush with grass and the vast majority of the horses he viewed were in good body condition. Additionally, the BLM's roundup schedule lists this roundup as a routine population reduction, not emergency, action.

It’s hard to view the BLM’s latest move as anything but a total repudiation of the offer of assistance from two of Colorado’s most influential political leaders to identify  alternatives to piling hundreds more wild horses into a broken holding system in which they are dying.

By accelerating the start date of the roundup, the BLM is foreclosing any discussion of humane solutions. These could include reducing removal numbers, relocating wild horses instead of sending them to holding pens, improving water resources in the habitat by repairing wells and protecting natural spring heads, and utilizing the BLM’s legal authority to reduce livestock grazing in the HMA.

By all means, if there are Piceance horses in trouble, then the BLM should help them by utilizing more humane bait trapping methods. But the helicopter portion of the roundup – now scheduled to start on July 16 – must be delayed as Governor Polis and Congressman Neguse requested.

It’s still far too easy for BLM to call in the helicopters and make multi-million dollar decisions without considering the true cost to American taxpayers or the wild horses that the majority of Americans want to protect. But pressure is building on the agency to change course. Just last week, U.S. Reps. Dina Titus and Steve Cohen and several colleagues send a letter calling for an oversight hearing on the BLM Wild Horse and Burro Program, citing holding conditions that “pose grave risks to the welfare of federally protected wild horses and burros.”

Colorado - with its engaged public and political leadership - is a great place for BLM to take a step toward accountability and reform after decades of mismanagement.  Over the next few days and weeks, we’ll see if BLM leadership in Colorado is up to the task.

Suzanne Roy is the executive director of the American Wild Horse Campaign.