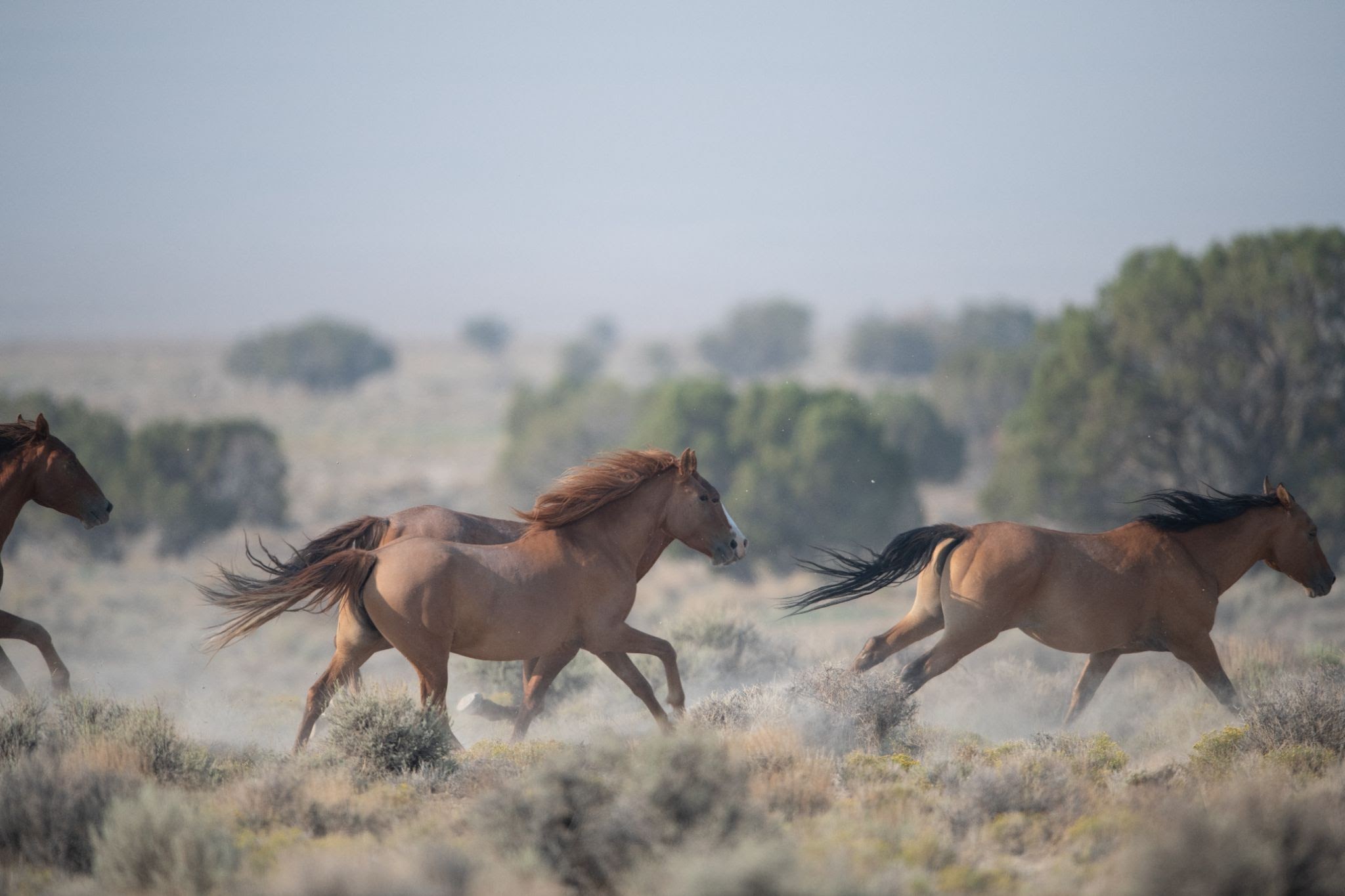 50 years after historic act U.S. is still failing to do right by its wild horses

50 years after historic act U.S. is still failing to do right by its wild horses

Dec. 15 Marks the 50th Anniversary of the Wild Free-Roaming Horses and Burros Act

WASHINGTON (Dec 15, 2021) — Wildlife advocates are calling on the U.S. Department of the Interior to do better by the nation’s wild horses.

The U.S. Congress 50 years ago today unanimously passed the Wild Free-Roaming Horses and Burros Act in order to prevent these iconic animals from “fast-disappearing from the American scene.” A half-century after President Richard Nixon signed the act into law, however, the anniversary is an occasion for disappointment and alarm, not celebration.

“Instead of protecting and preserving these animals for future generations of Americans, the government is working overtime to wipe them out,” said Suzanne Roy, executive director of the American Wild Horse Campaign.

On the act’s 50th anniversary, the BLM is pursuing a mass roundup plan that will slash wild herds from an estimated 86,000 animals down to fewer than 27,000 — about the same number that existed when Congress acted to protect these animals because they were “fast disappearing.”

The National Academy of Sciences notes that roundups and removals don’t effectively control horse populations and are self-defeating, actually increasing population growth on the range. They are also inhumane and extremely costly. The BLM’s new massive roundup plan — implemented by the previous administration and continued by the Biden Administration — aims to remove 90,000 wild horses and burros from the wild over the next five years at a cost to taxpayers of nearly $1 billion.

Within a year, this misguided plan will result in more wild horses being held in captivity than are free on the range.

However, there is an opportunity to avert this disaster, Roy said. Recently both the House and the Senate took an important step in forcing BLM to change course by passing legislation to redirect $11 million in funding away from roundups and toward humane management using scientifically recommended fertility control vaccines. Additionally, 61 members of the House and Senate just signed a letter supporting fertility control funding.

“Fifty years of failure is too long,” Roy said. “This new funding can be the start of more humane and cost-effective management of our wild horses. We urge our leaders in Congress and BLM Director Tracy Stone-Manning to work with advocates and local stakeholders, including the tourism industry that benefits from wild horse viewing, to reinvent our wild horse management practices and honor the intent of this historic Act.”