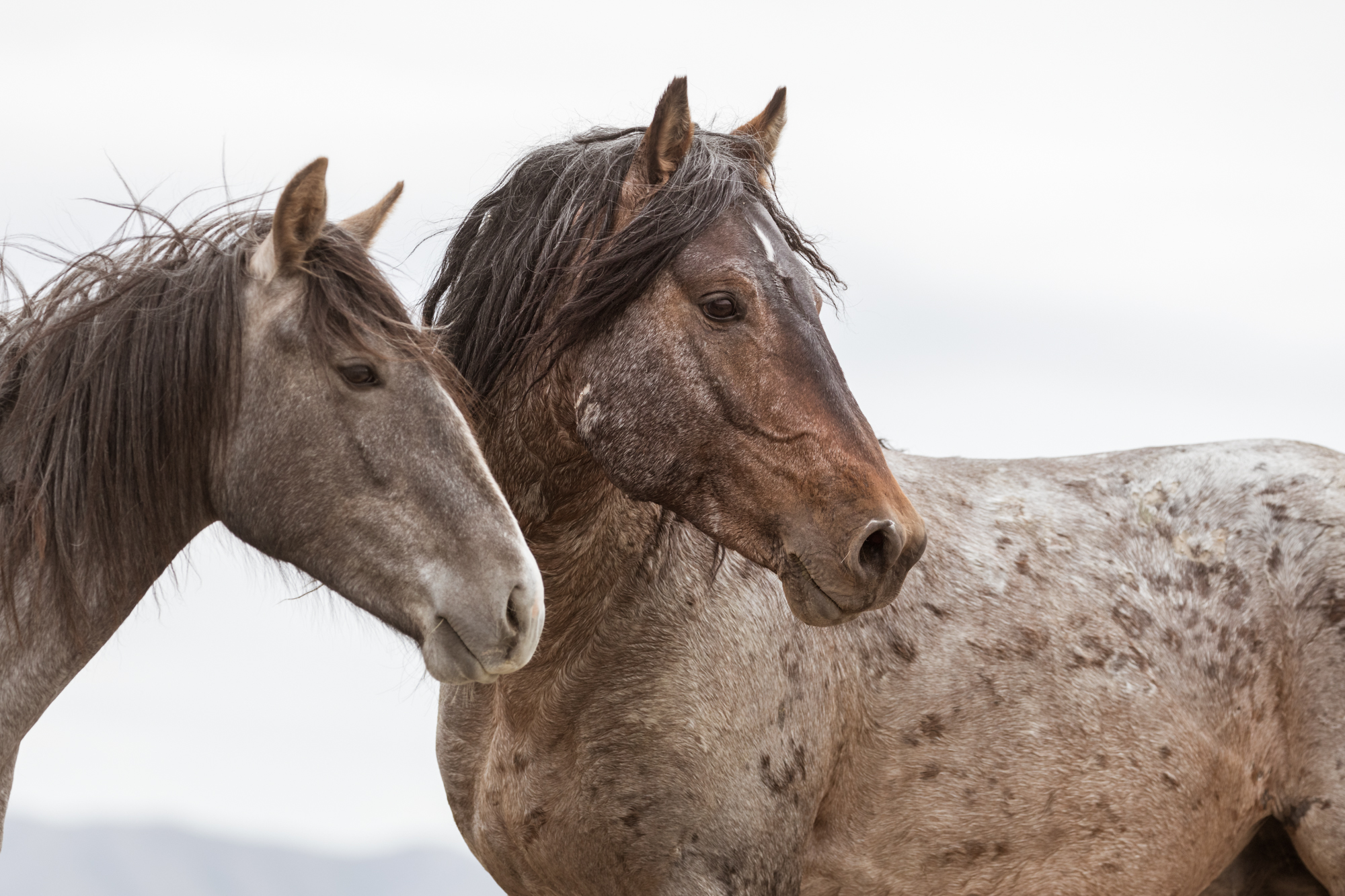 (August 12, 2021) On August 8 and 9, the long-awaited release of Onaqui wild horses captured in a July roundup took place. As part of our ongoing collaboration with the BLM on the release of these horses, AWHC, Onaqui Catalogue Foundation and Wild Horses of America Foundation were invited to have a representative onsite to observe the return of five mare/foal pairs and four mares to the HMA. The purpose of this small release was to keep the mares and foals safe from the scuffle of the large release the following day. They were released in a safe area not far from a water source they have known well for many years.

AWHC also had representatives onsite with dozens of other members of the public to document the release of 109 wild horses (49 mares and 60 stallions) the following day, and to observe some of the horses post-release back in their habitat.

For the AWHC observers onsite (Suzanne Roy, Kimerlee Curyl and Steve Paige), it was an uplifting and emotional experience to watch these captured horses being freed and returned to the public lands they call home.  Only later did we learn that one of the mares released on Monday was euthanized after being observed to be ill, an event that cast a pall on the joy we experienced earlier in the day. We have also learned that another mare has died in holding and are concerned about a problem with illness at the BLM’s new Sutherland holding facility. We are encouraging the BLM to fully investigate the problem and continue to be transparent about the cause and steps that will be taken to address the situation.

While the loss of life as a result of the roundup is deeply upsetting to us as it is to so many others, we want everyone to remember that this is not about individuals at the BLM and personal attacks will not get us where we need to go. It’s about changing a system that treats these animals like livestock instead of protected wildlife. It’s about changing a system that focuses on removing wild horses from their habitats  instead of stewarding them in the spirit of the federal law that protects them on our western public lands.  And it is here where we will continue to fight for these majestic horses.

AWHC strongly opposed the Onaqui roundup and is heartbroken for the 300 Onaqui horses who remain in BLM’s holding corrals. At the same time, we want to acknowledge the progress that was made in this situation. Particularly we appreciate the BLM’s collaborative spirit on the return of the horses, specifically for allowing AWHC to designate a representative at the trap site from the Onaqui Catalogue Foundation to assist with the identification of horses and for adopting release criteria for the BLM that focused on genetic viability of the remaining herd, and strongly considered additional attributes that included social bonds and the welfare of older horses.  This input, along with input from WHOA, was used in the final release decisions that ultimately rested with the BLM.

After watching the BLM round up and remove so many horses and burros over the past years, witnessing 123 horses returned to their homes on the range was a sign of hope. We take the BLM at its word regarding its commitment to working to ensure that this is the last helicopter roundup that will ever take place in the Onaqui HMA. AWHC is committed to making that happen, and we’re grateful to our colleagues at the Onaqui Catalogue and Wild Horses of America Foundation that have done the groundwork to make humane management possible.

Because the Onaqui horses are known as individuals and families, this roundup was particularly painful to so many people who love and cherish these horses. But it’s a fate that is befalling thousands of horses and burros every year, and it’s going to take all of us continuing to speak up to change it.

STATS FROM THE ROUNDUP: