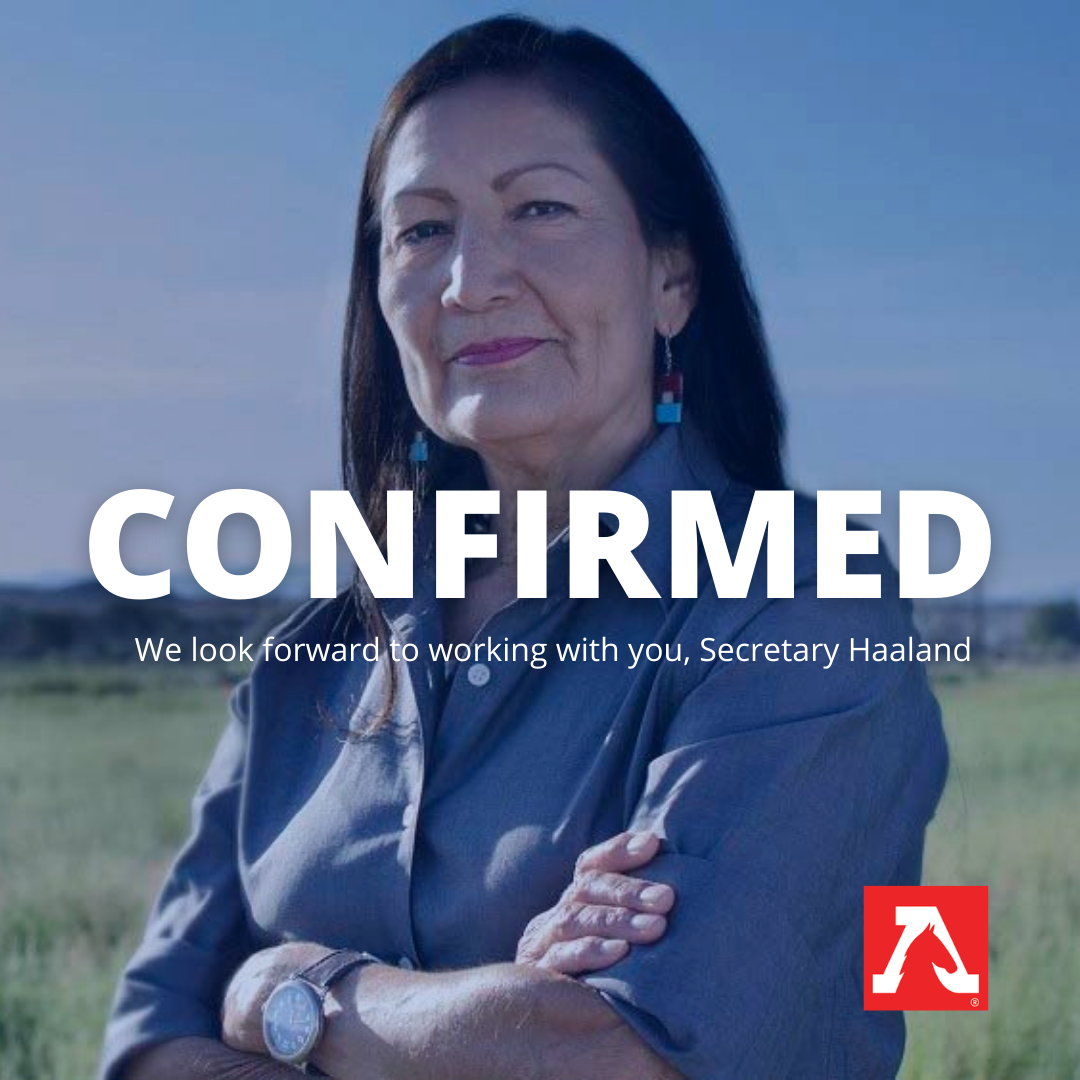 “We applaud the historic confirmation of Secretary Haaland and look forward to her inspired leadership in the fight to protect America’s public lands and the wildlife -- including wild horses and burros -- that inhabit them,” said Suzanne Roy, Executive Director of the AWHC. “As a Congresswoman, Rep. Haaland has been a champion for reform of the mismanaged federal wild horse and burro program. We look forward to working with her to implement sensible solutions to humanely manage these majestic animals that 80 percent of Americans want to protect.”

AWHC noted that during her time in Congress, Haaland worked to reform the Bureau of Land Management’s (BLM’s) costly and inhumane wild horse roundup program by supporting humane and commonsense solutions, such as PZP fertility control, to stabilize populations on the range and opposed draconian methods of permanent sterilization.

On the eve of Haaland’s historic confirmation hearing for Secretary of the Interior, the AWHC, the Animal Welfare Institute, and several other leading wild horse advocacy groups sent a letter applauding her nomination, and respectfully requesting that once confirmed, she direct the BLM to stop pursuing the dangerous surgical sterilizations on wild horses that she opposed during her time in Congress.

Haaland will take the reins of the BLM at a time when the agency is planning to round up as many as 90,000 wild horses and burros from public lands over the next five years at a cost to taxpayers of almost $1 billion. The plan was implemented by the Trump Administration’s controversial BLM director William Perry Pendley, who once called wild horses an “existential threat” to the public lands even though the iconic animals are not present on 88 percent of the land his agency manages. The AWHC is advocating for a halt to the mass roundup program and a shift toward science-based management of wild horses and burros in the wild through proven fertility control methods and habitat stewardship, conservation and restoration programs.