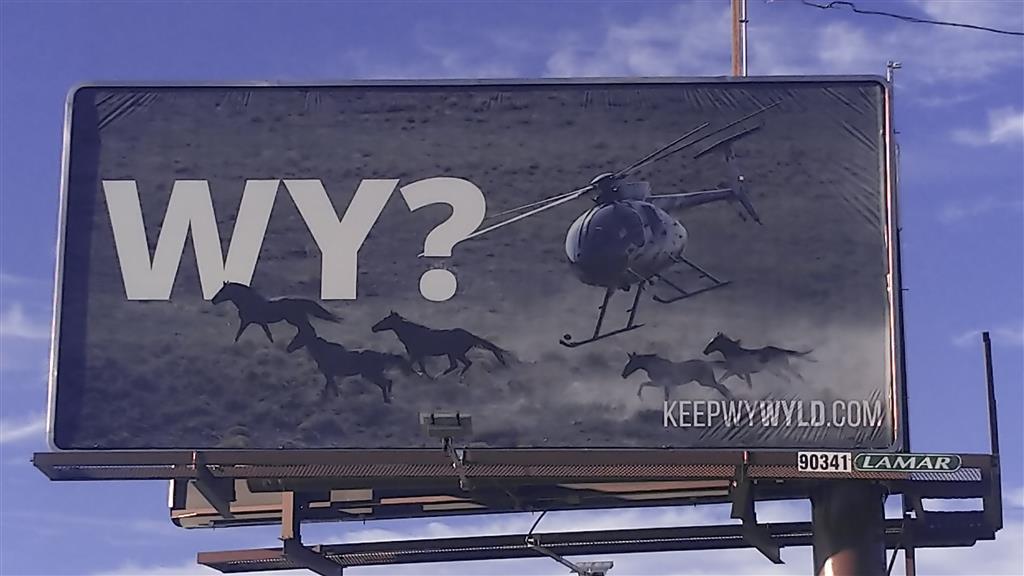 WYOMING (November 5, 2021) — Today, the American Wild Horse Campaign (AWHC) unveiled a billboard advertising campaign in Wyoming to raise awareness about the largest federal wild horse roundup in the nation’s history currently being conducted in the southern part of the state.

The billboards are part of the organization’s Keep WY Wyld campaign, a nationwide awareness and advocacy campaign created to educate the public about the plight of Wyoming’s wild horse herds. The advertisements, which flank the I-80 corridor between Green River and Lander, pose the question, “WY?” to passersby with accompanying artwork of wild horses being stampeded by government-contracted helicopters and dispirited mustangs on trucks.

The Bureau of Land Management (BLM) roundup is currently taking place in the 780,000-acre Great Divide Basin Herd Management Area on public and private land northwest of Rock Springs. It’s part of a capture operation of more than 4,000 federally-protected wild horses from a 3.4 million acre land area known as the “Wyoming Checkerboard” and is expected to continue into February.

“Right now, the BLM is conducting the largest wild horse helicopter roundup in U.S. history here in Wyoming,” said Grace Kuhn, Communications Director for AWHC. “If not reined in, the BLM will ultimately remove 50% of the state’s total wild horse population at a cost to taxpayers of an astounding $170 million.”

To date, 1,015 wild horses have been captured from their expansive natural habitat and trucked to holding facilities in Rock Springs and Wheatland, where they are confined to feedlot-style pens that provide just 700 square feet of space per horse.

“Our ‘WY?’ campaign poses a straightforward question that we hope people will ponder and take action,” continued Kuhn. “Because the truth is, it doesn’t have to be this way. There are solutions to wild horse management that don’t involve brutally removing these iconic animals and sending taxpayers an astronomical bill for this inhumane and unnecessary action.”

The BLM’s plan for the horses would reduce their numbers across 3.4 million acres to a density of 1 horse per 2,217 acres. This population limit was established based on the allocation of 91% of available forage on the public lands in these areas to cattle and sheep, privately owned by members of the Rock Springs Grazing Association.

In addition to the removal, the BLM plans to further decimate the populations through indiscriminate use of population growth suppression techniques. While AWHC supports the use of the PZP fertility control vaccine, it opposes the BLM’s plan to use IUDs due to a lack of evidence regarding its safety in wild horses. Among the populations that would be dramatically reduced are the wild herds that live along the Pilot Butte Wild Horse Scenic Loop outside Rock Springs, which are heavily promoted by Sweetwater County as evidence that “the American spirit still thrives” in Wyoming. 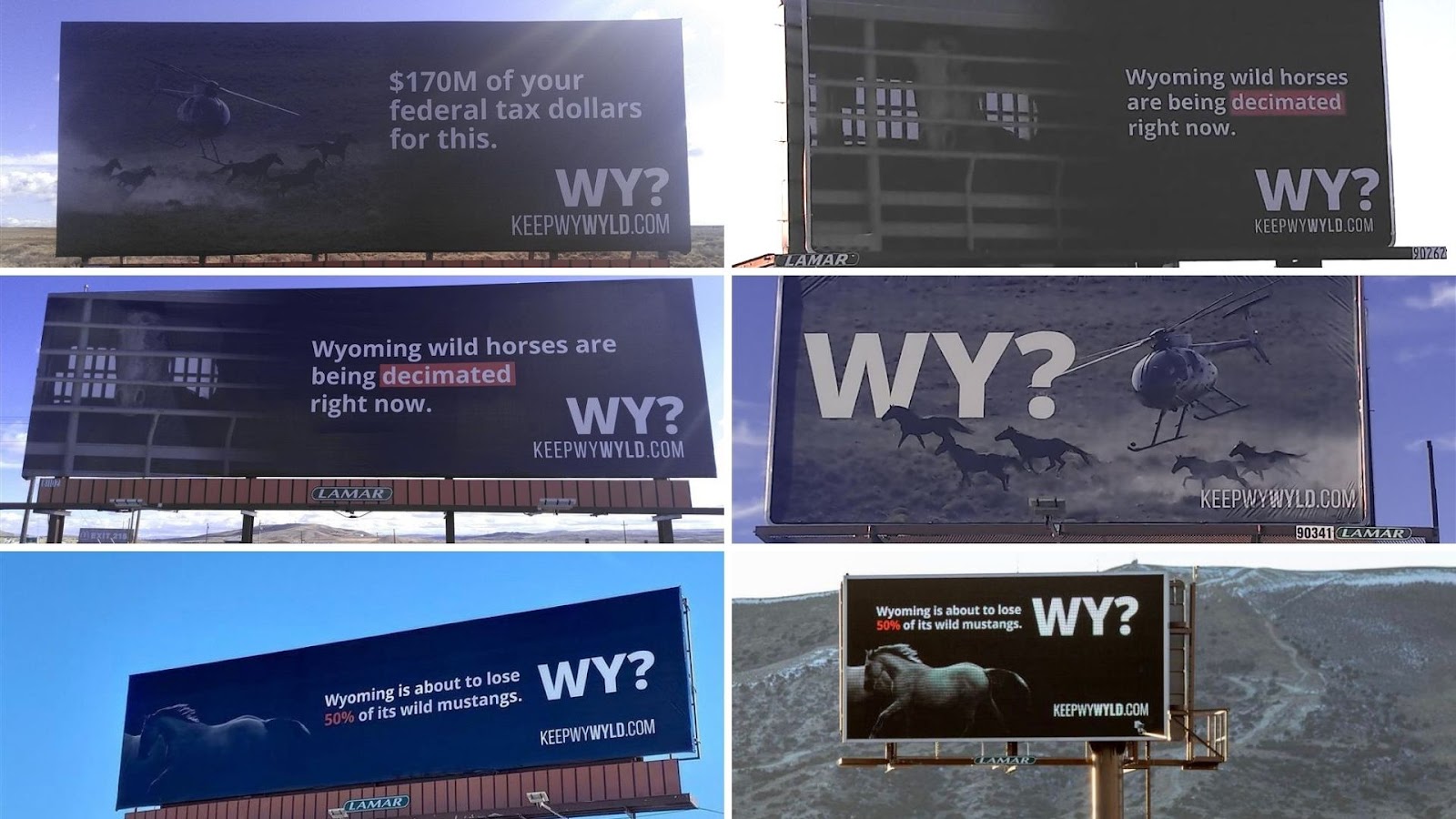