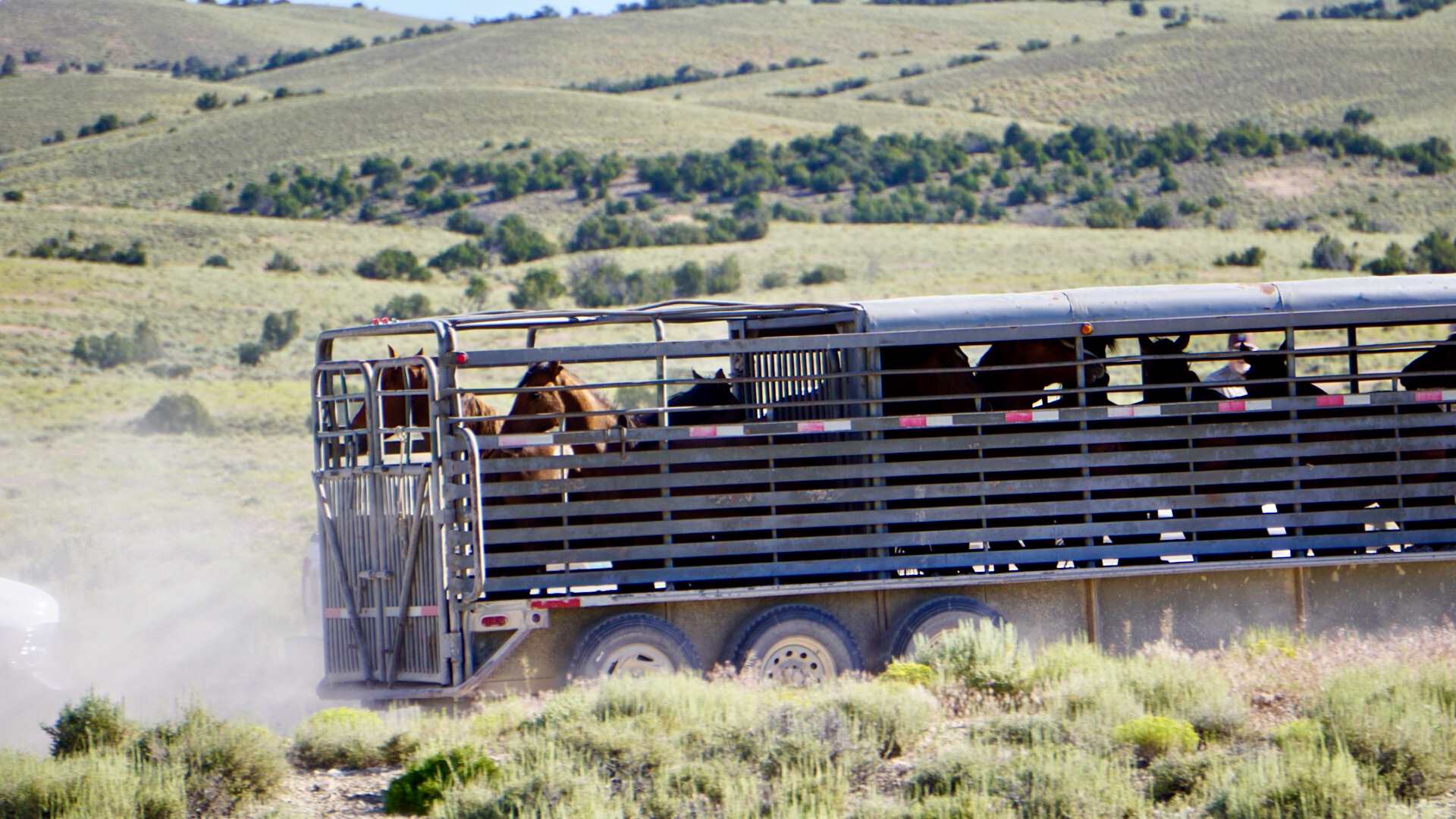 At the end of 2017, the Bureau of Land Management (BLM) released a final plan to reduce the breeding population of wild horses in both the Antelope and Triple B Complexes in Nevada to near extinction levels – 227 in Antelope and 272 in Triple B – by gelding 50% of the returned stallions, skewing the sex ratio of these wild horse populations to 60% male/40% female, and treating all the returned mares with fertility control, either PZP or GonaCon, a vaccine that the National Academy of Sciences said required further research before implementation on wild horse herds.

On February 6, 2018 AWHC and photographer Kimerlee Curyl filed suit in U.S. District Court in Nevada challenging a ten-year plan by the BLM to round up and remove nearly 10,000 federally-protected wild horses from the Antelope and Triple B Herd Management Area (HMA) complexes in southeastern Nevada. Specifically, we argued against the proposal to manage the wild horses that remained on the range by castrating the stallions (gelding) and using an unproven birth control vaccine (GonaCon) on the mares.

The complaint argued that due to the scope and scientific controversy surrounding these management decisions BLM was required to prepare an Environmental Impact Statement (EIS) before moving forward with this approach; particularly when gelding and GonaCon could have both drastically impaired the wild horses’ natural behaviors after they were returned to the range and destroyed the social organization of the remaining herds.

Of particular note, we argued against the BLM’s decision to move forward with a plan to implement gelding without any reference to an ongoing gelding study in the same region or without acknowledgment of the National Academy of Sciences (NAS) report’s findings that gelding would significantly alter the behaviors of wild and free-roaming male horses. Instead, and despite our public comments urging a more detailed inclusion of the NAS report, the BLM downplayed the report in order to minimize the importance of its scientific findings because it was counter to their goal.

We disagreed with the ruling in the lower court and filed our appeal on April 29, 2019 in the U.S. Court of Appeals for the Ninth Circuit. When we evaluate our chances on appeal, it is always done with a discerning eye. We want to only appeal decisions when the order from the lower court will leave a bad precedent for future cases, and we only want to appeal on claims in those cases that we feel confident in so that we have the best chance to set a positive precedent instead. Here, we felt our strongest claims from this decision record had to do with the proposed gelding of wild horses within the Complexes. Therefore, the appeal largely focuses on that aspect of this decision.

Unfortunately, the 9th Circuit ruled for the government in this case. While we largely disagree with the decision, there are very few options available in the legal system from here. We will continue to work for humane, scientifically proven population management options in other ways. While this decision may allow the BLM to pursue gelding in the Triple B/Antelope Complex, we will be watching the management closely. Looking forward, we will be watching for new decisions and other avenues (such as legislation and direction from Congress) to continue this fight against surgical sterilization of free-roaming wild horses.