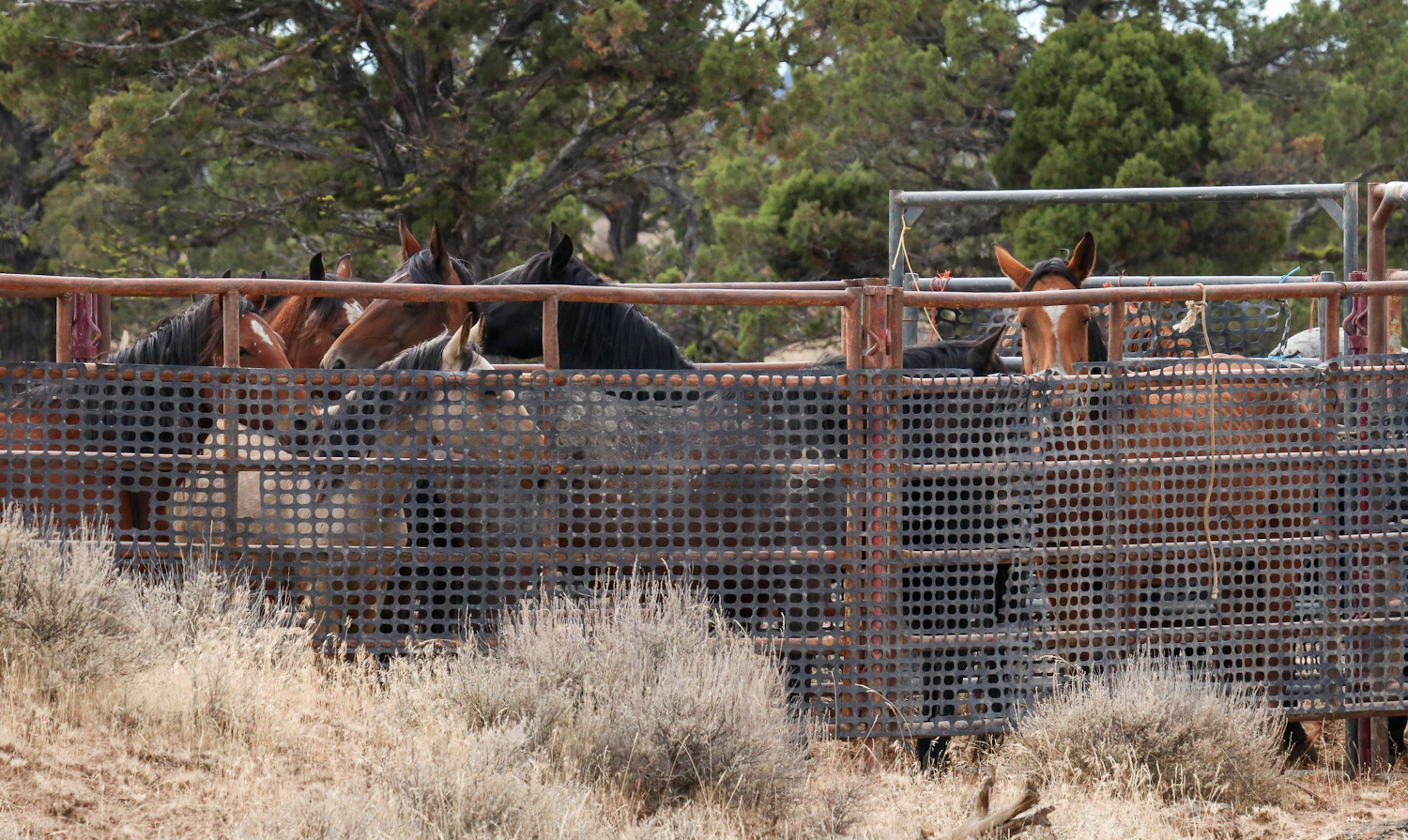 Assembly Bill 128 was introduced by Assemblymember Todd Gloria with the goal of strengthening enforcement of California’s long-standing laws against the slaughter of California’s wild and domestic horses. The bill was prompted by the U.S. Forest Service plan to sell wild horses captured from the Devil's Garden Territory in the Modoc National Forest without limitaiton on slaughter. The plan also shone a light on the danger of slaughter facing  California horses -- domestic and wild -- despite a 20 year old law, passed by voter initiative, making the sale, import, and export of horses for human consumption a felony in the state.

AWHC is grateful to Asm. Gloria for his leadership in protecting California's horses and to Assemblymembers Waldron, Bloom, Boerner Horvath, Cervantes, Kalra, Levine, and Senators Chang, Portantino and Hertzberg for co-authoring the bill. Next up for the bill is a hearing in the Assembly Appropriations later this month.

Responding to the American public’s strong opposition to horse slaughter, Congress has similarly prohibited the sale of federally-protected wild horses for slaughter via a provision in annual appropriations legislation for the Department of Interior. The provision applies specifically to wild horses and burros protected under the Wild Free-Roaming Horses and Burros Act of 1971 and managed by the Bureau of Land Management.

However, despite clear congressional intent and existing state law, horses in California, including wild horses removed from federal land, continue to be acquired at auction or through sales and end up in the slaughter pipeline.

Twenty-three members of the California State Legislature, as well as U.S. Senator Dianne Feinstein and Attorney General Xavier Becerra, have called on the federal government to protect the California wild horses rounded up last fall in Modoc National Forest.

In recognition of the aesthetic, ecological, economic, historical, and cultural importance of horses to the people of the state, and the overwhelming opposition of Californians and Americans at large to the practice of horse slaughter, AWHC supports the intent of AB 128 to enact legislation that would strengthen protections for California’s wild and domestic horses from slaughter and to make conforming changes to existing California law.