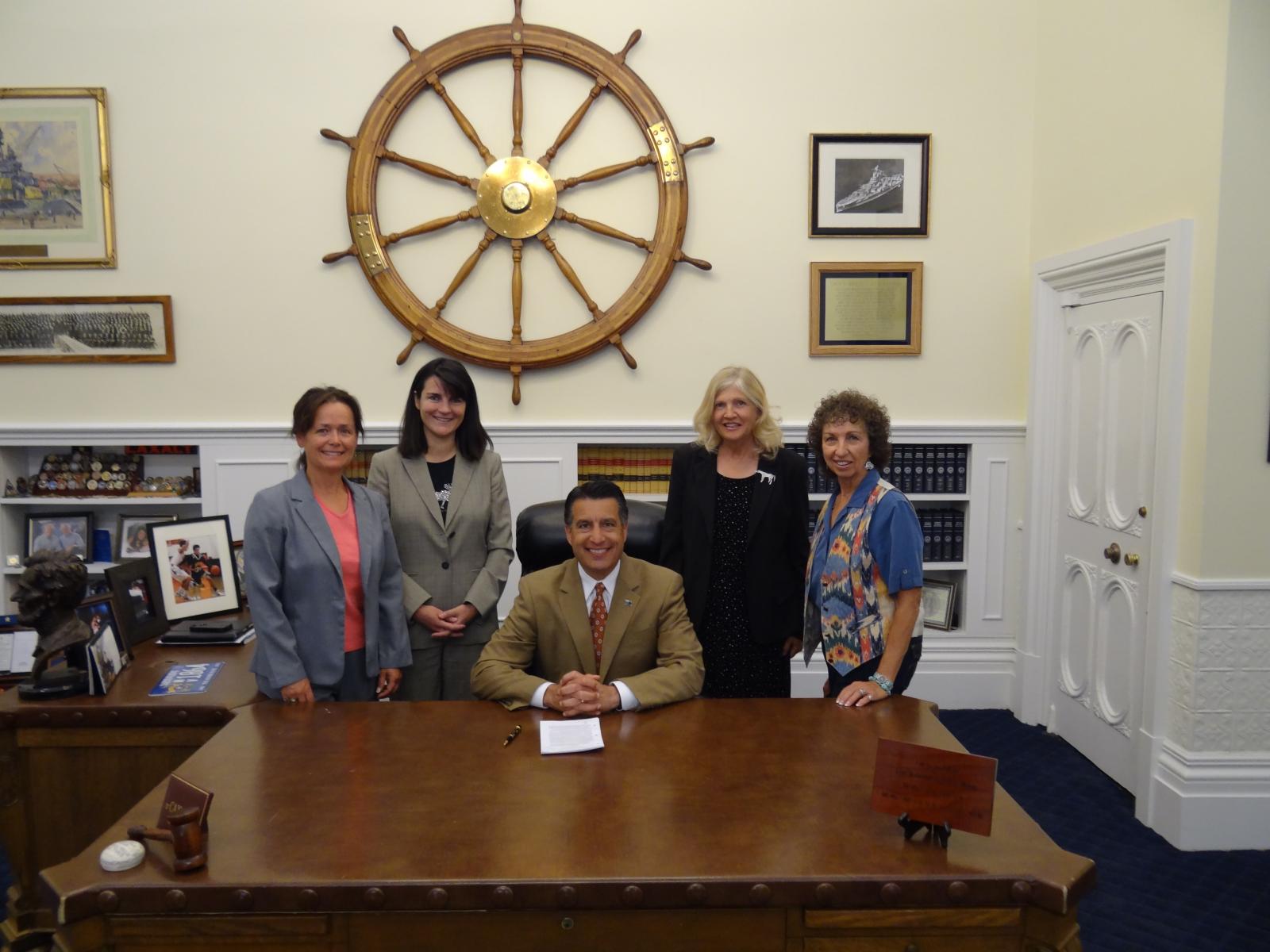 In March of 2013, the American Wild Horse Preservation Campaign (AWHPC), at that time operating under Return to Freedom's umbrella, executed Phase 1 of a plan to protect the Virginia Range mustangs by entering into a cooperative agreement with the NDA that prevents any horses captured by the state from being sent to a slaughter auction. Read more about that agreement here.

In June of 2013 Nevada Governor Brian Sandoval signed Assembly Bill 264 (AB264), which allows the Nevada Department of Agriculture (NDA) to resume cooperative agreements between the state and non-profit organizations to humanely oversee the wild horses in the Virginia Range outside Reno.

In early October 2013, AWHPC (at that time under Return to Freedom) submitted a formal, comprehensive proposal to humanely manage the Virginia Range mustangs on the range. The proposal was submitted in collaboration with five horse protection groups in Nevada and outlines plans to help keep horses away from urban areas where there were public safety concerns, manage the population through humane fertility control and conduct and promote community education programs about how to live  safely with wild horses.

On March 19, 2015, the State of Nevada and Return to Freedom signed the on-the-range management cooperative agreement. The process of establishing protocols is underway to prevent Virginia Range horses from coming into harm’s way or being removed, and to Keep Wild Horses Wild.

Since the Fall of 2012, an extraordinary rescue effort has been underway to save a historic group of Nevada mustangs who make their home in the Virginia Range near Reno. In September 2012, the Nevada Department of Agriculture (NDOA) began capturing groups of Virginia Range wild horses, many of whom local advocates and citizens had been watching and enjoying for years. After holding the horses for a specified amount of time, the NDOA sent the captured horses to a livestock auction in Fallon, NV that is frequented by kill buyers who purchase horses and truck them to slaughter plants in Mexico and Canada.

In response, local advocacy and rescue organizations — led by Hidden Valley Wild Horse Protection Fund and Least Resistance Training Concepts — mounted a heroic rescue effort, which, as of January 9, 2013, has saved 141 wild Virginia Range horses from the cruelest of fates — slaughter. The rescue of these horses was made possible by financial support from the American Wild Horse Preservation Campaign, thanks to a generous outpouring of donations from our supporters across the country and around the world. Please read on to learn more about this rescue and the beautiful horses that have been saved thanks to this amazing team effort.