In an effort to continue our education mission, AWHC sent candidates running for federal and statewide office in Nevada, California, Utah, Colorado, New Mexico, and Oregon a survey to determine their stance on protecting wild horses and burros, as well as population and land management. We’d like to thank those who responded to the survey for their time in answering the questions, and hope that you find this information useful.

AWHC is a non-partisan organization and support for wild horse and burro protection comes from both sides of the political aisle. We urge our supporters to vote next Tuesday and hope that all candidates elected will respect the will of the American people to protect our iconic wild horses and burros on our Western public lands.

Below are the questions that candidates were sent, as well as all of the responses we received.

Question 1. Do you agree with 80 percent of Americans that Congress should maintain long-standing protections for wild horses and burros against killing and slaughter?

These protections have been consistently added to appropriations bills, prohibiting any killing or slaughter of wild horses and burros.

Question 2. Do you think that the Bureau of Land Management (BLM) should follow the National Academy of Sciences’ (NAS) recommendation to use fertility control as a humane and ﬁscally sustainable alternative to roundups, removals and warehousing or slaughter of wild horses and burros for the management of wild horse and burro populations?

On June 5, 2013, the National Academies released a report on its review of the BLM's Wild Horse and Burro Program. The report concluded that existing practices were "unproductive" and recommended using birth control, like the PZP vaccine, to manage population growth. Despite this report, the BLM continues to spend zero percent of its budget on implementing birth control and continues its unproductive, cruel, and expensive policy of roundups, removals, and warehousing.

Questio 3. Do you oppose the surgical sterilization of wild horses and burros in the wild, including the rending of entire wild horse populations as non-reproducing herds?

In a BLM-commissioned 2013 report, the National Academy of Sciences recommended against the agency’s use of surgical sterilization of wild horses and burros because removing the ovaries of mares would subject them to high risk of infection and bleeding and possibly death, and castration of stallions would lead to a loss of male-type behaviors necessary for maintenance of natural behaviors and social organization. In contrast, NAS found that humane PZP birth control is safe and has minimal impacts on natural behaviors. It’s also reversible, unlike surgical sterilization, which would lead to the elimination of wild free-roaming horses in many areas of the West.

Members of Congress deal with thousands of issues and bills each year, but only a small number of these become top priorities.

Question 5. Do you agree that the BLM should be required to produce wild horse and burro population limits (Appropriate Management Levels, or “AMLs”) that are based on science and developed in a process that is transparent to the public?

The BLM sets the allowable number of horses, or AMLs, on public land within its jurisdiction at arbitrary and absurdly low levels and deems any horses or burros over that number to be “excess.” For example, there are more than 14 million acres of BLM land in New Mexico, but the number of horses that the BLM considers “appropriate” is 83. That is approximately one horse for every 170,000 acres or the equivalent of roughly four horses in the entire State of Rhode Island. The NAS found that the BLM’s establishment of the AMLs is not based on science and is not transparent to the public.

Question 7. Do you support public/private partnerships between the BLM and wild horse advocacy non-profits to humanely manage wild horses on the range?

Public/private partnerships enable private financial and volunteer resources to assist in the management of wild horses and burros. For example, with a $50,000 privately funded budget, volunteers for a public/private partnership with the state of Nevada vaccinated more mares with the PZP birth control vaccine in one year than the BLM did with its $80 million dollar wild horse and burro program budget.

Question 8. Should BLM increase its use of cost-effective and more humane long-term holding pastures and reduce its reliance on short-term holding pens that cost three times more?

Question 9. Should wild horses and burros be left to roam freely and be humanely managed in the wild, rather than be removed en masse from the range and warehoused in feedlot pens?

The unanimously adopted Wild Free Roaming Wild Horses and Burros Act requires the BLM to manage wild free-roaming horses and burros where they are found as an integral part of the public lands. The National Academy of Sciences found that BLM’s management practices (mass roundups and removals of wild horses from public lands) were “facilitating high population growth rates on the range” and “increasing the number of animals removed to holding facilities.” The NAS also concluded that “tools exist” for BLM to meet management challenges, but the agency was not adequately using them.

Question 10. Would you support a voluntary program to compensate ranchers for reduced use, or non-use, of grazing permits in wild horse areas as more cost-effective than removing and stockpiling wild horses in holding pens?

Ranchers, who hold permits to graze livestock on public lands, pay significantly below-market grazing fees thanks to taxpayer subsidies. The public lands ranching program is estimated to cost American taxpayers upwards of $500 million annually. Meanwhile, the BLM estimates that every wild horse removed from the range costs taxpayers $50,000 over the life of the horse. Given that wild horses occupy less than 20 percent of BLM land grazed by livestock, it would be far more cost-effective to compensate ranchers for reduced use or non-use of grazing permits on the small amount of public lands that wild horses and livestock share. Such compensation could be publicly or privately funded, or a combination of both, and savings could be applied to managing horses on the range with fertility control to stabilize and reduce herd population numbers over time. 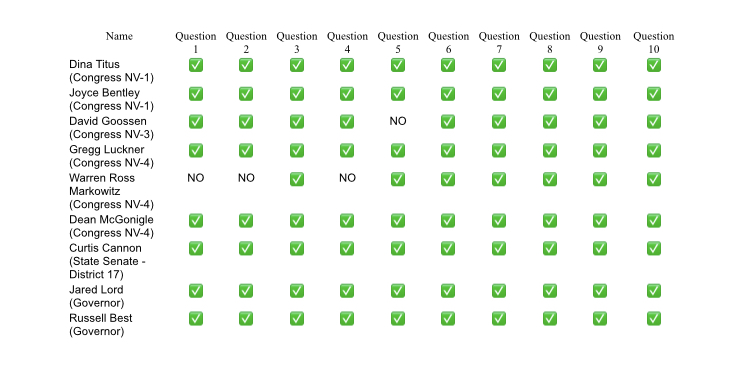