Salt Lake City, Utah (April 11, 2017)... Oral arguments in the case of the Western Rangelands Coalition, representing 16 Utah public lands ranchers, against the Bureau of Land Management (BLM) seeking the removal of hundreds of horses from the public lands  in the southeastern part of the state. In 2014, the court granted American Wild Horse Campaign and our coalition partners The Cloud Foundation and Return to Freedom, Utah photographer John Steele, and Cloud Foundation Board Member Lisa Friday the right to intervene in this case.

We (and the horses) were well-represented in court by our attorney Nick Lawton from the highly regarded public interest law firm, Meyer, Glitzenstein and Eubanks. Representing the BLM was Department of Justice Attorney Ricky Doyle Turner. Karen Budd-Falen -- daughter-in-law of John Falen a rancher who heads the Public Lands Council (an industry lobbying group that represents ranchers who graze livestock on public lands) – represented the ranchers. 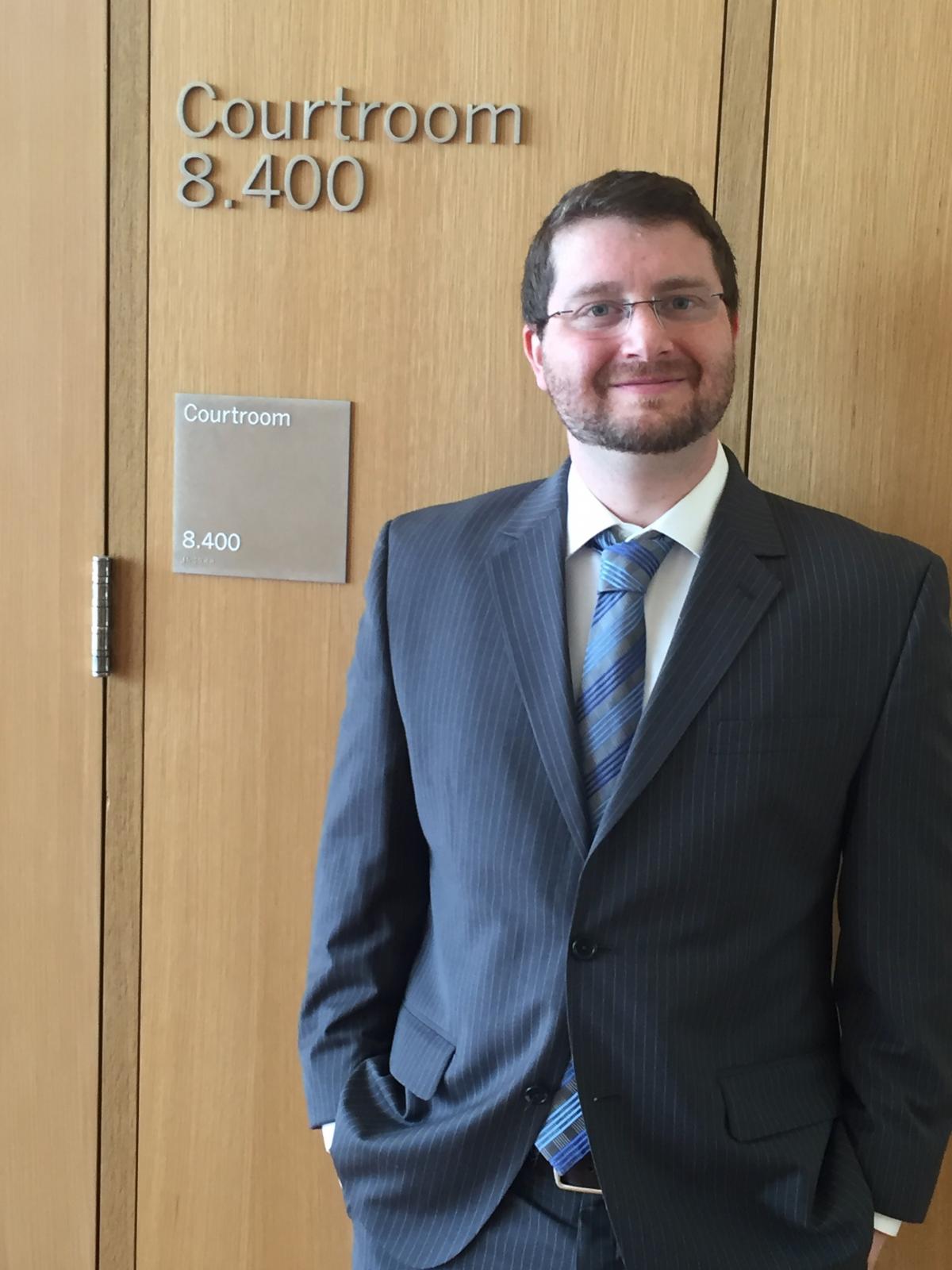 At issue is whether the BLM is required to “immediately” remove “excess” horses once the agency determines that an “excess” of horses exists in a Herd Management Area and that the excess horses must be removed to restore the “Thriving Natural Ecological Balance” of the area. (Of course, there can be no ecological balance, thriving or otherwise, on lands that are heavily grazed by private, non-native cattle and from which predators like mountain lions are hunted and removed for the benefit of ranchers. But that doesn’t seem to matter to the ranchers, or to BLM for that matter.)

Previous rancher lawsuits have been struck down by lower courts in Nevada and Wyoming in decisions that have been upheld by both the Ninth and Tenth Circuit Courts of Appeal. In those lawsuits, the ranchers were arguing that BLM was legally required to remove horses as soon as they exceeded the agency’s imposed population limits (known as “Appropriate” Management Levels, or AMLs).

The Tenth Circuit ruled that “over AML” does not equate with overpopulation, and that before removing horses, the BLM must determine that an overpopulation of horses exists and that “excess” horses must be removed to restore the thriving natural ecological balance” of the range.

In this case, BLM has made legally required “excess” determinations and has issued Decision Records that call for lowering the population numbers over a period of years through removals and fertility control. Budd-Falen argued on behalf of the ranchers that the BLM is immediately required to remove all horses over AML, once the BLM has made an excess determination. DOJ attorney argued that logistical and budgetary issues prevent BLM from removing all “excess” horses at once, and that BLM had promptly acted in all HMAs at issue to remove horses and utilize fertility control.

This hearing made clear why it’s hugely important that we intervened in this case. Nick, our attorney, provided an important backstop to the government’s arguments by using case law and the administrative record to argue forcefully that the BLM had not unreasonably delayed action in any of the HMAs at issue; that the agency had, in fact, acted (sometimes repeatedly), in all the HMAs; and that the BLM has the discretion to implement plans that used a combination of removals and fertility control to achieve population goals.

It’s difficult to underestimate the importance of this case. A ruling by the judge that BLM must “immediately” removal all excess horses could result in legal mandate to remove tens of thousands of horses from the range. Since holding facilities are full, the logistical problems posed by removing hundreds or thousands of additional horses with nowhere to put them could make it more likely that Congress could permit the slaughter of these cherished animals.

That’s the goal of the ranchers, who clearly resent the presence of wild horses on public lands they view as their own. These ranchers seek a system of perpetual, taxpayer-funded wild horse roundups and mass sale of wild horses for slaughter. They want to turn these iconic animals into another livestock “product” to be harvested and sold for profit.

But the federal government is not in the horse slaughter business, and should not be when 80 percent of Americans (including 83 percent of Westerners) oppose horse slaughter. Fortunately, the Congress, aware of the public outrage that would result from slaughtering America’s mustangs, continues to ban the killing or sale for slaughter of captured wild horses and burros.

What’s troubling is that the ranchers’ extremist position is shared by some within BLM as well: Budd-Falen asserted in court that that BLM is advising ranchers to lobby Congress to give the agency the authority to remove as many horses as they want, whenever they want, by lifting the ban on slaughtering these animals.

After the hearing, we were angrily approached by a man claiming to be a Utah State Representative who excoriated Nick for arguing against the ranchers and called us stupid when we disagreed politely with his position.  He did not believe that the public lands belong to all Americans, claiming instead that the public lands allotments have belonged to the permittees who graze livestock on them since before the BLM has even existed. 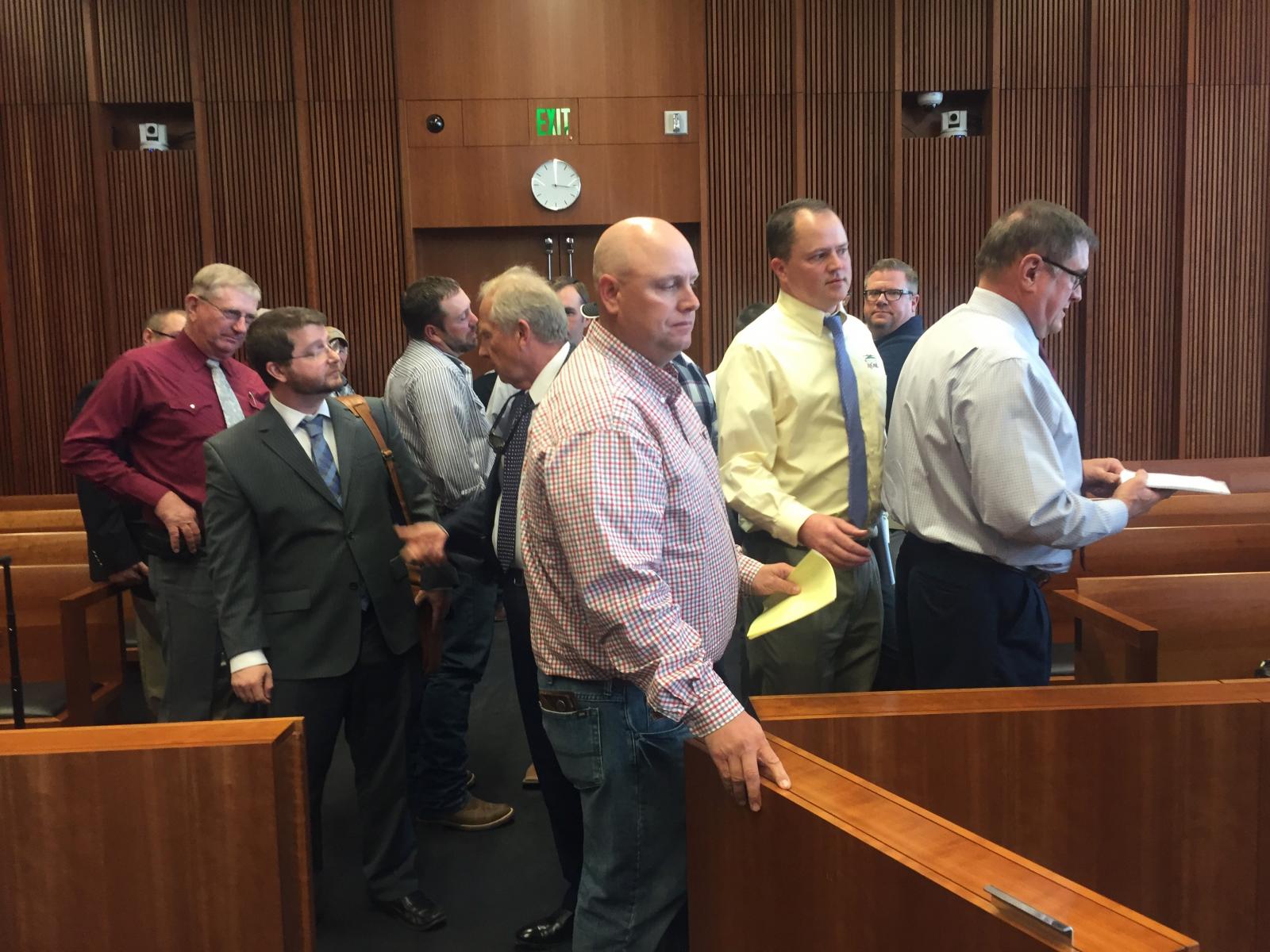 The judge is taking the case under advisement and will issue a decision after reviewing the written briefs and large administrative record.  Based on today’s hearing, we are cautiously optimistic for a positive outcome for the horses.