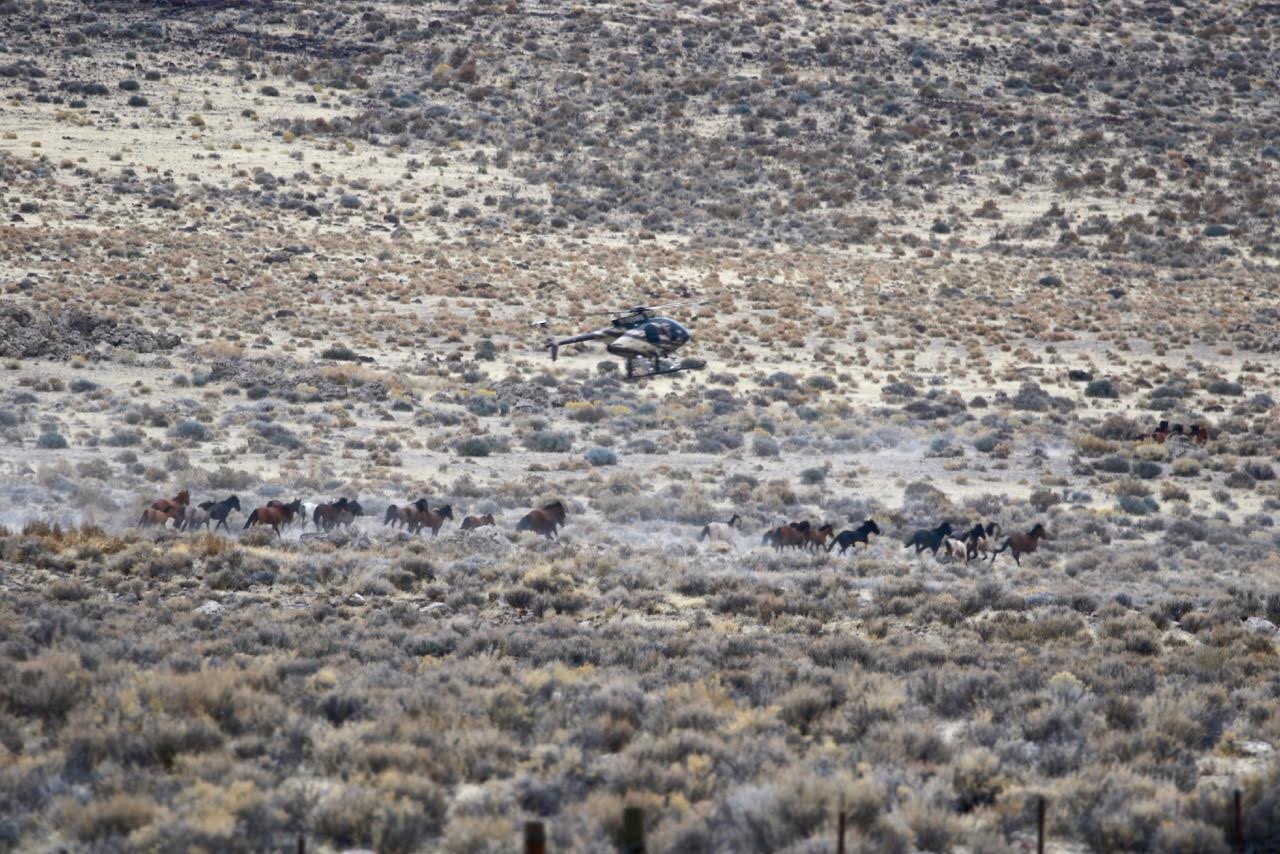 The BLM kept all public observers 1.5 miles away from the trap site, making meaningful observation impossible. Additionally, the capture site was located in an area where the observers' view of the actual trap was obscured by the landscape. This means the public was prevented from seeing horses at the most dangerous and traumatic point of the roundup -- the trap pen -- where the horses panic, realizing there is no escape, and injuries are common. 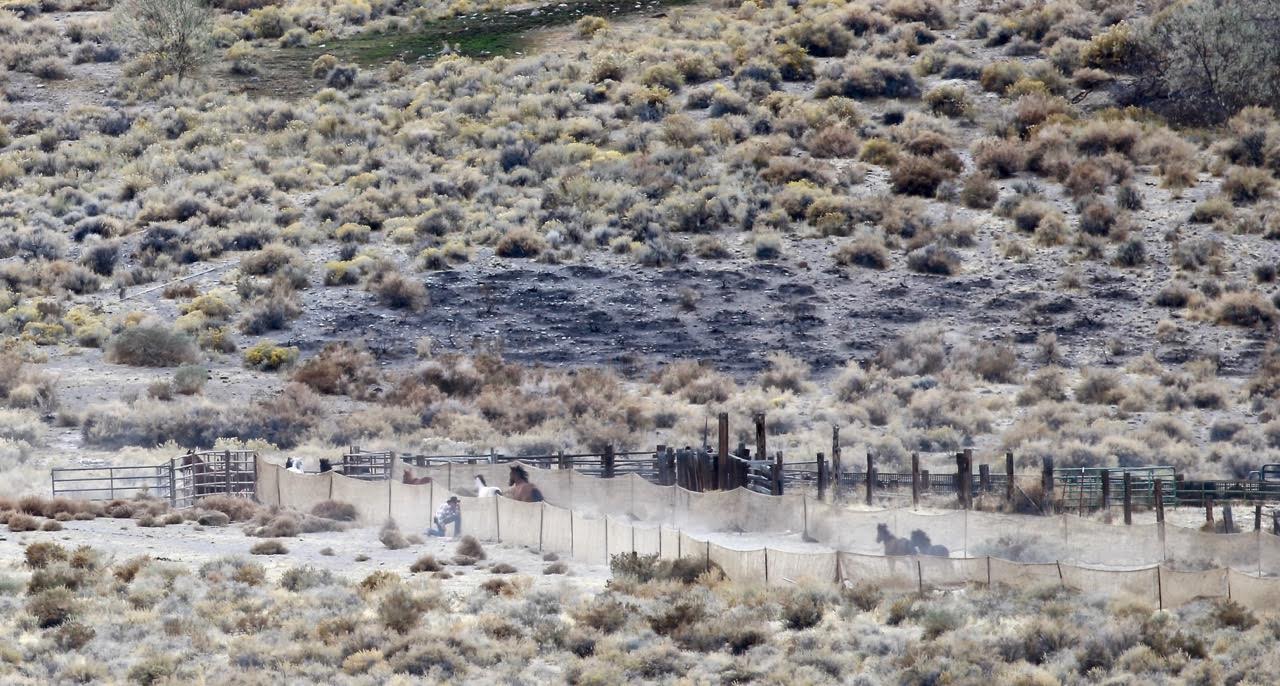 The BLM intends to roundup up 200 horses from this area for "emergency" reasons due to wildfire burn areas within the HMAs. The BLM has stated that the horses captured Wednesday were "low" body condition scores 2-3. However, photographs taken with a telephoto lens by AWHC observer Maureen Daane appear to show horses in good condition being driven by helicopter into the trap.

Horses were taken from the trap site directly to the BLM's Indian Lakes short term holding facility in Fallon, Nevada. There was no temporary holding at the roundup site, meaning the public was prevented from observing the captured horses up close to ascertain their condition. Public observation of the captured horses continues to be prohibited at the privately-owned holding facility, which is closed to the public. 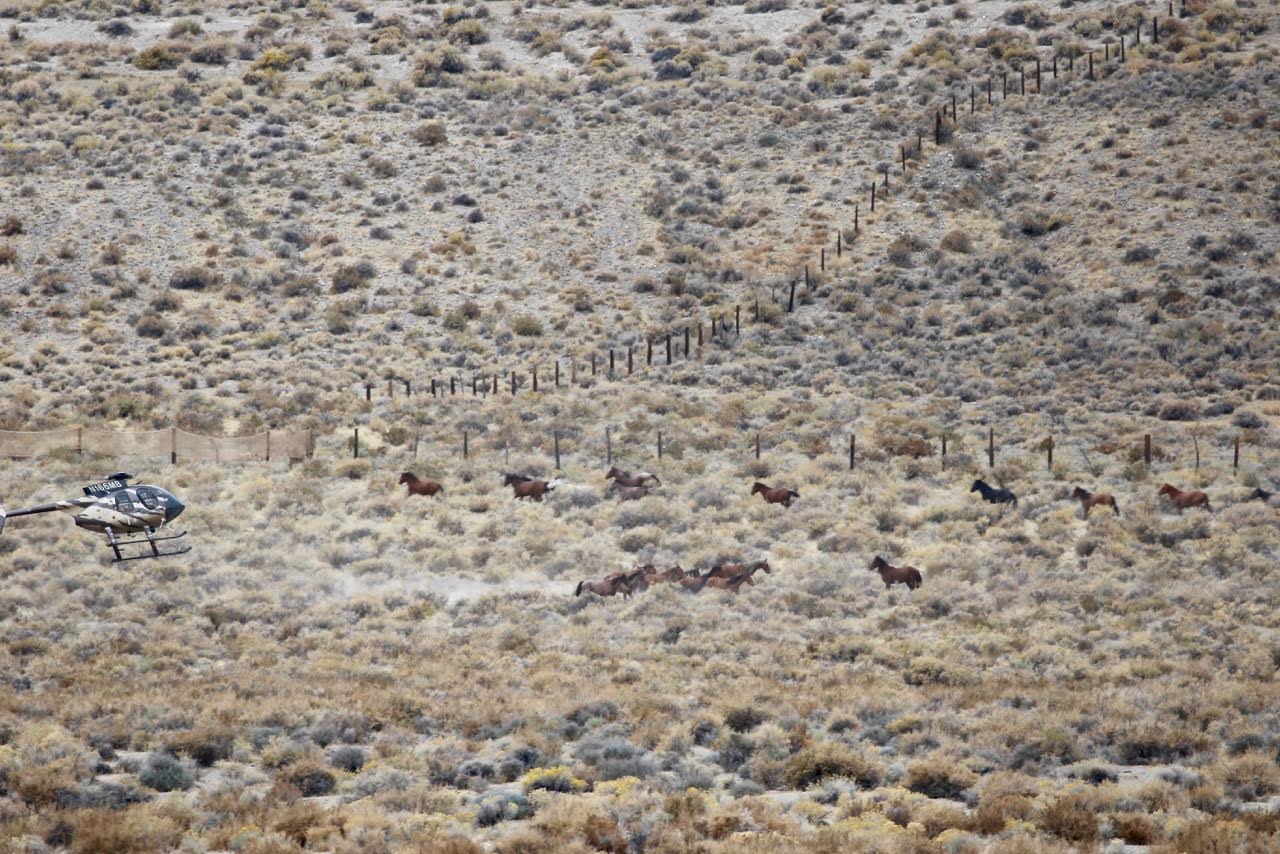 The BLM's refusal to provide adequate and meaningful public observation is the agency's latest effort to prohibit the public from seeing how tax dollars are being spent and the treatment wild horses by the BLM and the agency's contractors. The BLM has woefully inadequate humane standards with no limit on how fast or how long horses are stampeded by contracted helicopters; old, sick and young animals are chased by helicopters for unlimited miles and such operations are often conducted by the BLM in extreme, below-freezing temperatures.

Just two days ago, the 96 federally protected wild horses captured in the BLM roundup yesterday were roaming free on our public lands. Today, they have disappeared into BLM's vast holding system where their very lives are in danger, thanks to BLM's request to Congress for permission to kill or slaughter wild horses and burros deemed to be surplus by the agency.

It's time to redouble our efforts to stop the BLM's lethal plan for our iconic mustangs. Be a voice for our wild horses and burros: Click here.