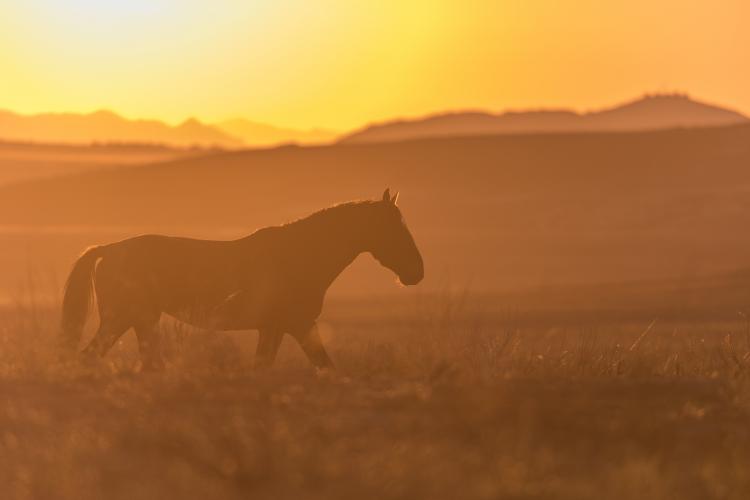 Breaking: Trump Administration backs off "euthanasia" of unadopted wild horses and burros but doubles down on controversial surgical sterilization of wild mares

On Wednesday, Interior Department Deputy Secretary Casey Hammond signaled a major policy shift for the Trump Administration by announcing that it was dropping "euthanasia" of healthy wild horses and burros from its management options for the nation's federally protected wild horses and burros. Mr. Hammond indicated that neither Secretary of the Interior David Bernhardt nor President Trump were supportive of this lethal option. Hammond did indicate that the BLM intends to move forward with controversial surgical sterilization experiments to remove the ovaries of wild mares in Oregon.

In response to this announcement, AWHC issued the following statement:

The Administration's shift in position on lethal management of wild horses is welcomed. It's also testimony to the strength of our grassroots movement, which for the last three years has stopped Congress from legalizing the mass killing of these American icons.

We’re pleased that the Administration is recognizing the strong public support for wild horse and burro protection and humane management. Unfortunately, the Administration continues to pursue invasive and dangerous surgeries to remove the ovaries of wild mares against the advice of the National Academy of Sciences and numerous veterinarians. Such risky and painful procedures have no place in a humane management program.

We’ll continue to work to convince Congress and the Administration to pursue humane and cost-effective alternatives to mass roundup and removal of wild horses from public lands and mass surgical sterilization of wild horses in the wild.

The Trump administration is no longer pursuing the option of euthanizing wild horses and burros that cannot be adopted, the Bureau of Land Management's acting chief said today.

Casey Hammond, the Interior Department's principal deputy assistant secretary for land and minerals management, who is "exercising authority of the director" of BLM through at least the end of this month, said Interior Secretary David Bernhardt and perhaps President Trump himself no longer support euthanasia as an option to reduce the booming herds tramping federal rangelands.

"One of the tools that we are not asking for is the use of euthanasia," Hammond told members of BLM's National Wild Horse and Burro Advisory Board today in Boise, Idaho. "That's not an option that's being discussed in the bureau or the department. I don't think it's something the secretary would be supportive of. I don't think it's anything that the president would be supportive of."

That marks a sharp policy shift for the Trump administration. Trump's fiscal 2018 budget request proposed allowing for the "humane euthanasia and unrestricted sale" of potentially thousands of animals it cannot adopt out to other agencies or individuals (E&E News PM, May 23, 2017).