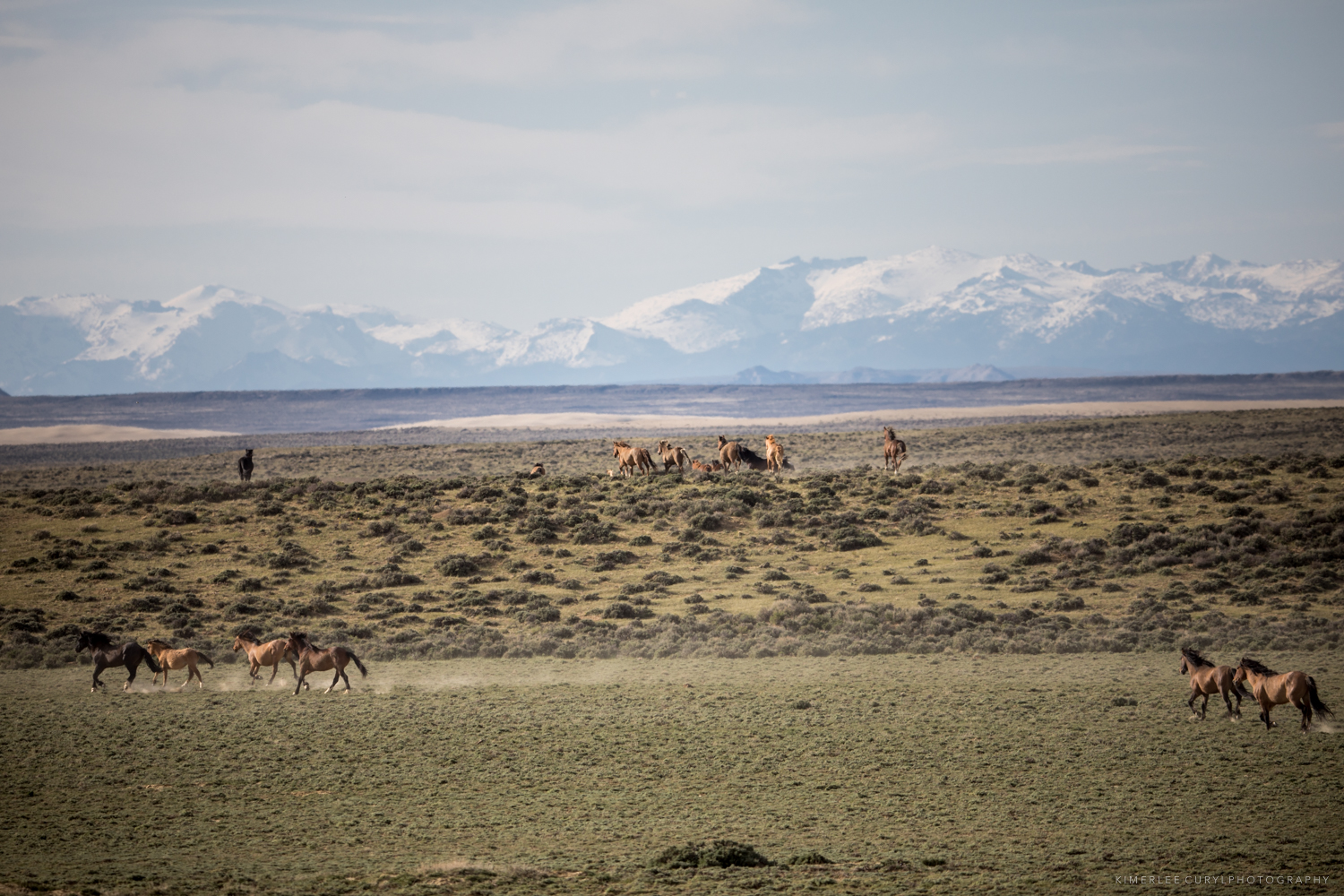 ROCK SPRINGS, WY (April 5, 2021) —  Today, the nation’s leading wild horse advocacy organization, the American Wild Horse Campaign (AWHC), assailed a plan by the Bureau of Land Management (BLM) to destroy an iconic population of wild horses living in a 2.5 million acres habitat in the “Wyoming Checkerboard” in the southern part of the state.

The BLM’s plan would permanently remove 3,500 wild horses -- or nearly 40 percent of the state’s wild horse population. AWHC charged that the agency is catering to the demands of the Rock Springs Grazing Association, whose members graze privately-owned livestock on the public lands within the Checkerboard.  At the same time, the agency is ignoring the wishes of the public and local interests that view the horses as important ecotourism resources for the area.

“The iconic wild horses of the Wyoming Checkerboard belong to all Americans, not just to a handful of ranchers who view them as competition for cheap grazing on our public lands and want them gone from the landscape,” said Suzanne Roy, executive director of the AWHC. “The BLM is legally mandated to protect and preserve wild horses, while livestock grazing occurs on our public lands entirely at the discretion of the government. What’s happening in Wyoming is a perversion of both the law and the public trust.”

Since 2011, AWHC has been involved in litigation against the Rock Springs Grazing Association to defend the wild horses in this area and has amassed numerous court victories, including at the Tenth Circuit Court of Appeals. AWHC said it intends to continue legal action to defend Wyoming wild horses and to rally public opposition to this plan.

“I am deeply saddened by the desire of the BLM to roundup and remove most of Wyoming wild horses on those that remain instead of humanely managing the wild horses in these iconic and unique herds where they belong on our public lands”, said Carol Walker, a co-plaintiff in previous lawsuits and a highly regarded wildlife photographer who has spent years documenting this herd.

The BLM’s plan for the horses would reduce their numbers to 1,500 on 2.5 million acres of land, while further decimating the populations through indiscriminate use of population growth suppression techniques, including unproved IUDs coupled with PZP fertility control. Among the populations that would be destroyed: the wild herds that live along the Pilot Butte Wild Horse Scenic Loop outside Rock Springs, which are heavily promoted by Sweetwater County as evidence that “the American spirit still thrives” in Wyoming.