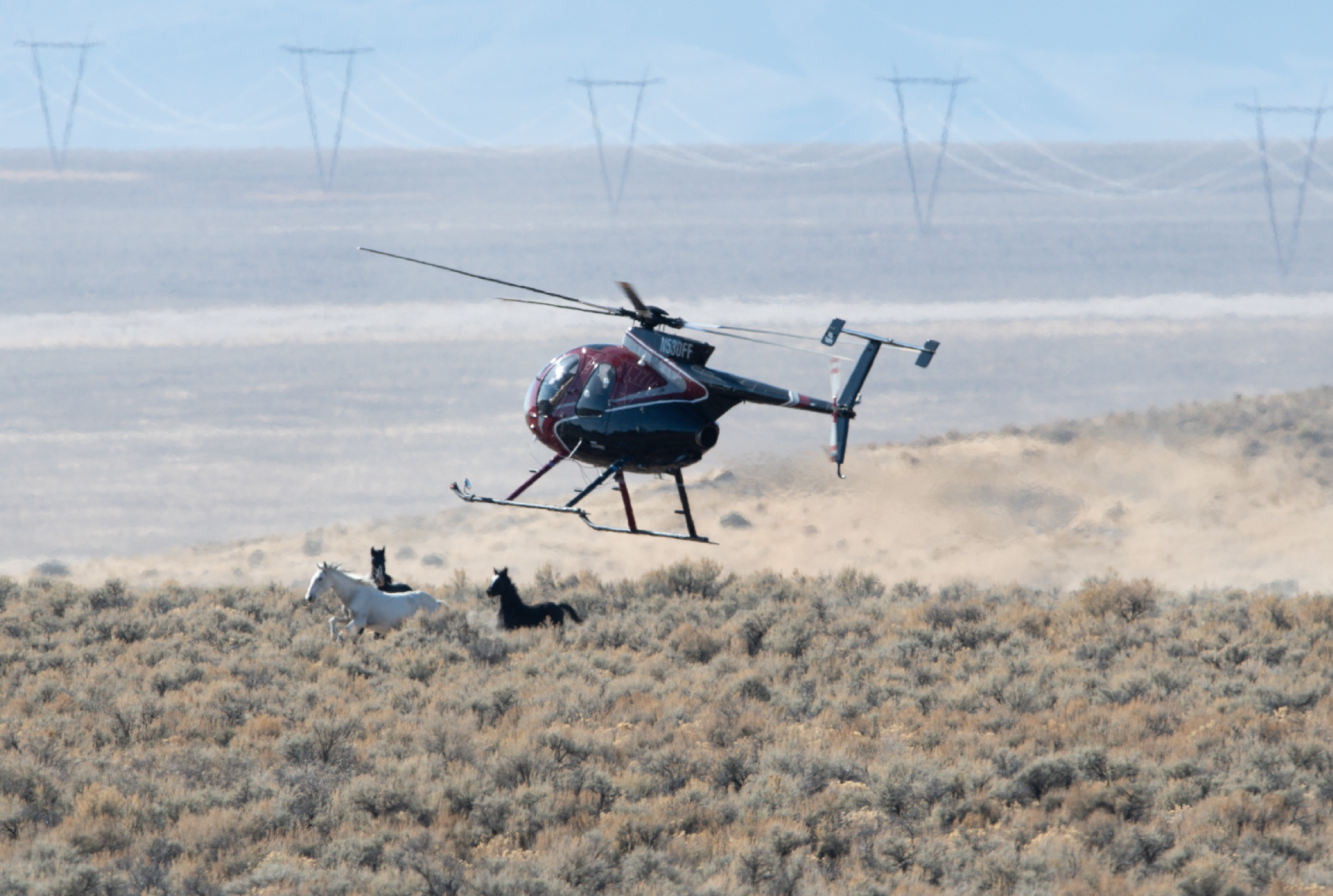 WASHINGTON, DC (May 26, 2020)... The Bureau of Land Management is planning to round up and remove over 5,000 federally-protected wild horses and burros from public lands between July and September, pushing the capture total for the Fiscal Year 2020 to more than 12,000. According to the American Wild Horse Campaign (AWHC), that’s the largest number of these iconic animals to be removed from public lands in nearly two decades.

AWHC warned that this is just a warmup for the BLM’s plan, submitted to Congress last week, to cull wild horse and burro herds by 70 percent through inhumane helicopter roundups that will nearly triple the number of captured wild horses warehoused in holding pens at a staggering cost to American taxpayers.

“The BLM is doubling down on the most outdated, inhumane, and ineffective approach to wild horse management possible,” said Suzanne Roy, noting that summer roundups are particularly brutal when desert temperatures are high and tiny foals are stampeded and sometimes run to death by helicopters. “If Congress doesn’t act to halt it, the BLM’s newest mass roundup initiative will push the federal Wild Horse and Burro Program over a fiscal cliff, resulting in the mass slaughter and destruction of America’s cherished wild horse and burro herds.”

The summer/fall roundup schedule includes huge roundups in Nevada and Utah, including a month-long capture operation to remove 1,600 wild horses from the Shawave Mountains Herd Management Area (HMA),1,200 from the Diamond Complex, and 600 from the famed Sulphur HMA, where the horses have bloodlines that trace to the Spanish Colonial horses brought to North America by explorers in the late 1500s.

The schedule is a precursor to the BLM’s larger plan to roundup 18,000-20,000 horses a year from public lands in the West. The plan prioritizes helicopter roundups over humane and scientifically recommended options, such as fertility control. It aims to reduce wild horse and burro populations to just 27,000 - a number that has no basis in science, according to the National Academy of Sciences - and is the number of these animals that existed in 1971 when Congress protected them because they were “fast disappearing” from the West. The price tag for the effort is nearly $1 billion in the first five years.  Mustangs removed from the wild would be replaced on public lands by subsidized commercial livestock grazing.

The agency is currently awaiting Congress’ reaction to the plan and a decision on the release of $21 million in additional funding appropriated last year as well as funding under consideration for FY 2021.