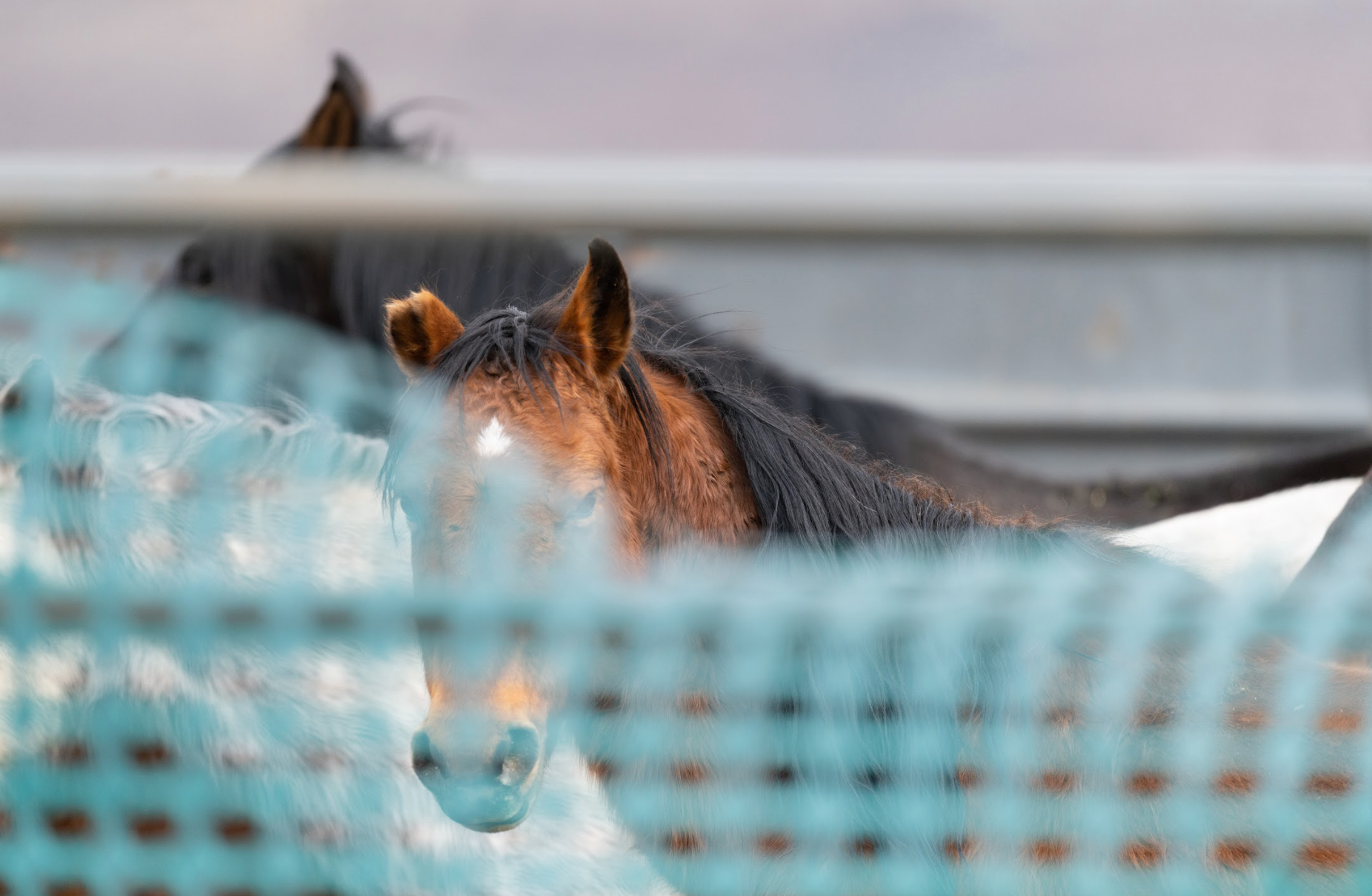 RENO, NEVADA (February 18, 2021) The Bureau of Land Management’s (BLM’s) wild horse and burro roundup season ended this week with the conclusion of two large-scale capture operations in eastern Nevada. According to agency policy, the BLM will pause roundups from March 1 through June 30 for the foaling season.

"Roundups are fiscally reckless, flagrantly unscientific, and lead to inhumane abuse and needless deaths of our wild horses and burros,“ said Suzanne Roy, Executive Director of the American Wild Horse Campaign (AWHC). “It is imperative that the Biden Administration require the use of PZP fertility control to humanely manage these living symbols of American freedom. PZP fertility control is scientifically proven and is recommended by the National Academy of Sciences.”

In the 743,000-acre Eagle Complex roundup, which ended Tuesday night, 1,070 wild horses and burros were captured and removed from their homes on the range, while 28 wild horses were killed. The BLM claims that the 1,200-square-mile Complex can sustain just 139 wild horses, while thousands of privately owned cattle graze the public lands there.

The BLM roundup in the 575,00-acre Silver King HMA also concluded this week. That operation resulted in the removal of 285 wild horses and burros and the deaths of three. The BLM currently sets a population limit of just 60 horses within HMA while permitting thousands of privately-owned cattle and sheep to graze in the nearly 900-square-mile public lands area.

Accelerated roundups are part of the BLM’s plan, implemented during the unlawful tenure of William Perry Pendley, to round up and remove most of the wild horses and burros living free today over the next five years at a cost to taxpayers of nearly $1 billion.  With no guarantee of funding for the lifetime care of wild horses and burros removed from public lands, the BLM’s plan will increase the risk of mass slaughter of these American icons, something that 80 percent of Americans oppose.

The American Wild Horse Campaign, the nation’s leading protection organization, has documented most of the helicopter roundups that occurred since July 2020 when the roundups resumed after last year’s foaling season, witnessing the removal of more than 10,000 wild horses and burros and at least 100 deaths. However, the deaths of wild horses and burros do not end at the roundups. Information received by AWHC through the Freedom of Information Act shows scores of these federally protected animals die after the roundup in transport to holding facilities and in the holding pens where they are “processed” for adoption, sale or long-term storage.

Despite calls for reform, the BLM has continued to spend 71% of its Wild Horse and Burro Program budget to round up, remove, and warehouse wild horses and burros in holding facilities, while using less than 1% on safe and humane fertility control vaccines to curb population growth on the range.