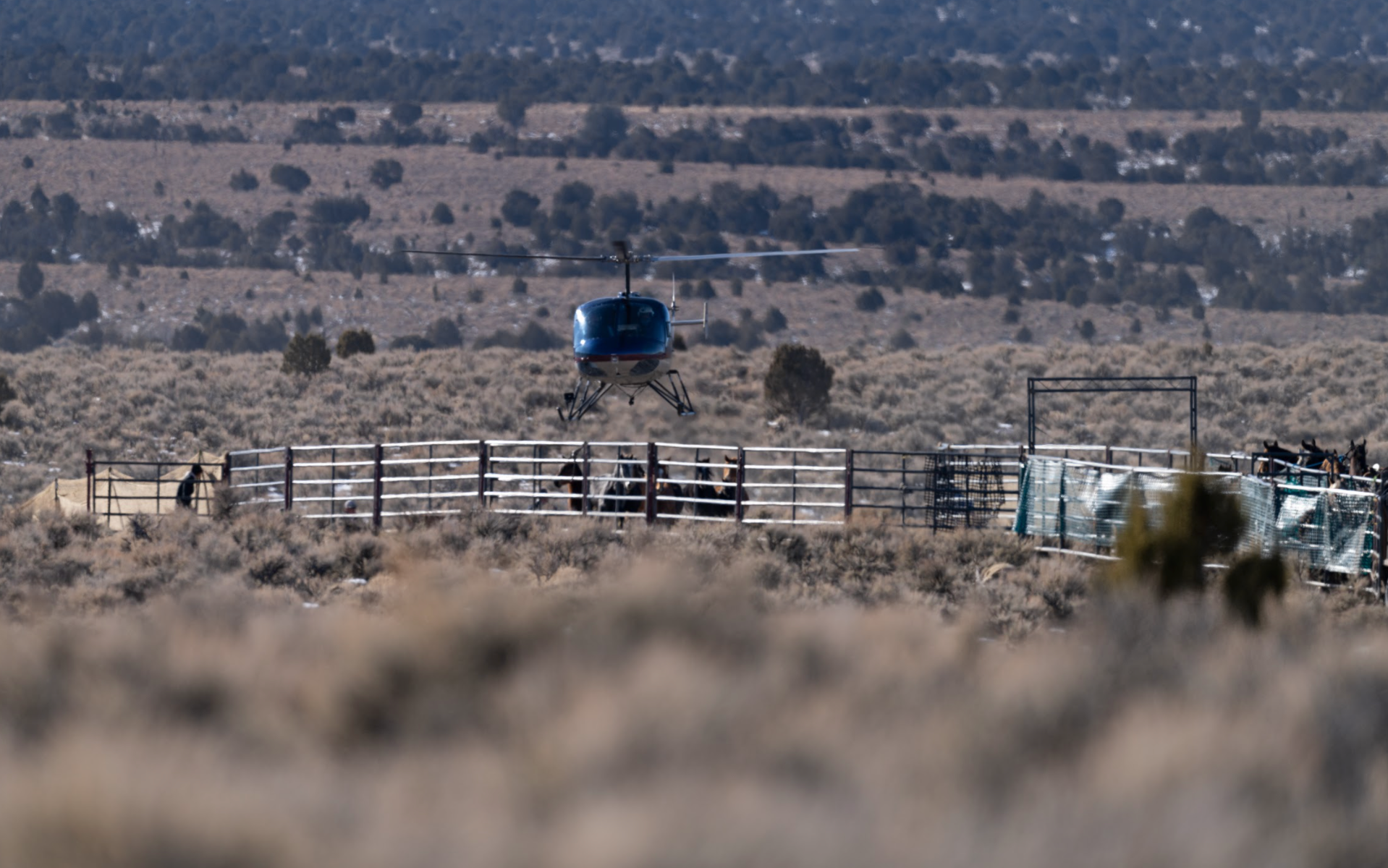 (March 12, 2021) The Bureau of Land Management (BLM) and the Department of the Interior are, in theory, supposed to be honest brokers between private and public interests competing for the management and use of American public lands. In practice, when it comes to wild horses anyway, the BLM has for generations been little less than an instrument for the business interests it is supposed to regulate.

We have seen this in everything from the appointment of livestock interests to the BLM’s Wild Horse and Burro Advisory Board to the continued pursuit of the brutal ovariectomy via colpotomy procedures to even the lack of transparent access to information about the program.

Most recently, the issue of transparency was on full display as the BLM’s wild horse and burro winter roundup season concluded with two large-scale capture operations running simultaneously in eastern Nevada - the Eagle Complex removal and the Silver King removal. AWHC’s observer was the only member of the public on the ground most days for almost a month of roundup operations between these two roundups. Yet, even attendance was not enough to guarantee full transparency; despite it being BLM policy that every roundup day is a public observation day.

Roundups occur out of the public eye in remote areas of the West. We send observers to the roundups so the public can see what is going on. We observe and document the roundups to hold the BLM accountable for its inhumane practices and to educate the public about the atrocities that are occurring on our public lands. In fact, it is our right as citizens to observe government activities.

Yet by running two operations at the same time, the BLM cornered our observer into viewing one operation each day and informed us that even if another observer was present, there would not be an opportunity for observation at the other operation.

Further, both operations have provided the opportunity for mares treated with fertility control to be returned to the range. Mares were quickly returned to Eagle, but without any notice to the public. Despite our best efforts to find out when the release would occur, the mares were released out of sight by the public. Even more concerning, the mares were fitted with radio collars under a Categorical Exclusion that was not open for public comment. Conveniently this document allowed the use of radio collars in the Complex since the original Environmental Assessment (EA) did not provide for this action.

Thus, we sent a legal letter to BLM to inquire as to why public observation was being denied and why the agency officials on the ground were acting less than transparent with the public. BLM responded to our inquiry, almost a month later, explaining that the distance between the operations was the primary reason one person could not view both operations on the same day and alerted us to the Categorical Exclusion that allowed for the use of radio collars. However, this late and short letter hardly addressed our concerns and did nothing to rectify the situation now that the operations are over.

We will continue to attend roundups and advocate for daily, unobstructed, meaningful observation opportunities, as is BLM’s duty to provide, in order to promote public awareness of wild horse roundups. In fact, the Silver King mares are due to be released Friday, March 12, 2020, and we will be there to update you from the ground.