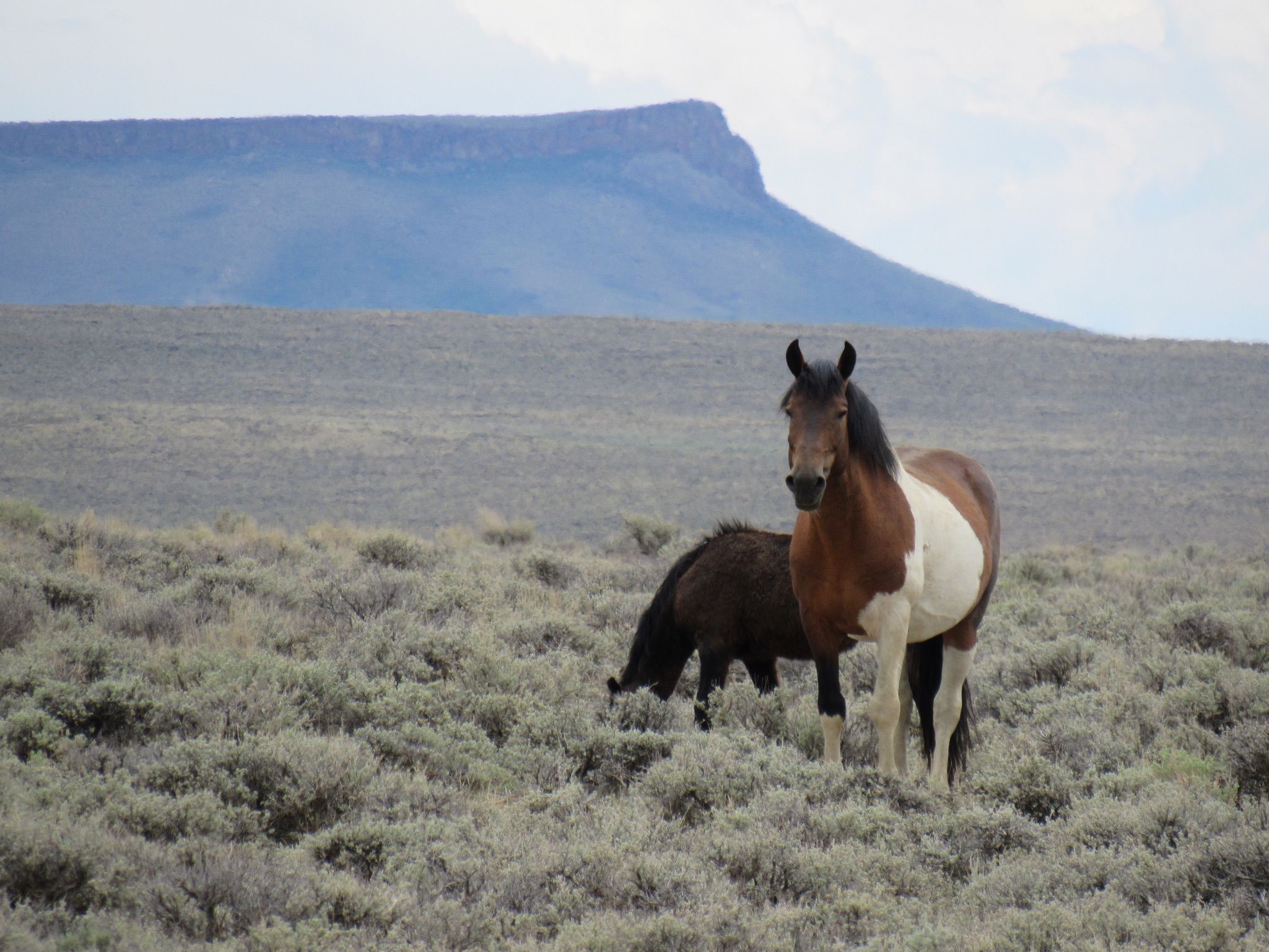 Amid public outrage, federal helicopters descended on Wyoming’s wild horses with the goal of rounding up nearly 50% of the states horses

The brutal helicopter roundup, which is scheduled to continue through February 2022, is targeting 4,000 wild horses for capture, with 3,555 permanently removed from their homes on the range. At least 50 horses are expected to die as a result of the capture operation, while survivors will be sent to BLM holding facilities in Rock Springs and Wheatland, where they will be confined to feedlot pens that provide just 700 square feet per horse. Many of these horses will end up in the slaughter pipeline as a result of the BLM’s Adoption Incentive Program.

After the roundup, just 1,550 wild horses will remain wild — a density of 1 horse per 2,217 acres. Taxpayers will pay up to $170 million in capture and holding costs for the horses who will be replaced on the landscape by private livestock grazing, an activity that taxpayers also subsidize.

“Instead of protecting our iconic mustangs as federal law requires, the BLM is using the cruelest, most costly and unsustainable method possible to manage them while reducing wild populations to near extinction levels,” said Suzanne Roy, Executive Director of the American Wild Horse Campaign. “The roundup underway in Wyoming is an extreme action that demands a reasonable, common sense alternative -- such as scientifically proven fertility control -- to preserve Wyoming’s wild mustang herds and humanely manage them in the wild where they belong.”

“This isn’t a management plan, it’s an eradication plan,” said Tim Savage, Rock Springs City Council member who wrote recently of the ecotourism value of Wyoming’s wild mustangs, stating: “Thousands of people come to Sweetwater County to see a bit of the old west, to see wild horses on the open range. They want to recreate here, spend their travel dollars here, helping our local economy. They won’t be coming here anymore.”

The AWHC has field representatives on the ground to document the roundup and is concerned about the growing number of animal welfare violations recently documented at other wild horse helicopter roundups across the West, including the use of high voltage cattle prods, and foals (horses under the age of 1) being orphaned and left on the range alone.

“Not more than an hour ago these horses were enjoying their lives in the most beautiful landscape you have ever seen. And just like that, their lives changed drastically. This beautiful family got split up from one another, separated in small iron pens, crying out to each other amidst the roaring engine noise of the freeway,” wrote Lynn Hansen, a Wyoming photographer who is observing the roundup this week for AWHC.

More than 90 percent of forage resources on the public lands in the Checkerboard are allocated to private livestock grazing, with wild horses and wildlife left to survive on the scraps. Numerous environmental organizations have recently called out the BLM for its biased treatment of wild horses, which is “inconsistent with both the letter and spirit of the 1971 Wild and Free Roaming Horse and Burro Act,” according to the 3.7 million member Sierra Club. Other groups, such as the Sierra Club Colorado, Public Employees for Environmental Responsibility and Western Watersheds Project, have called out BLM for scapegoating wild horses for ecological damage caused by livestock grazing.