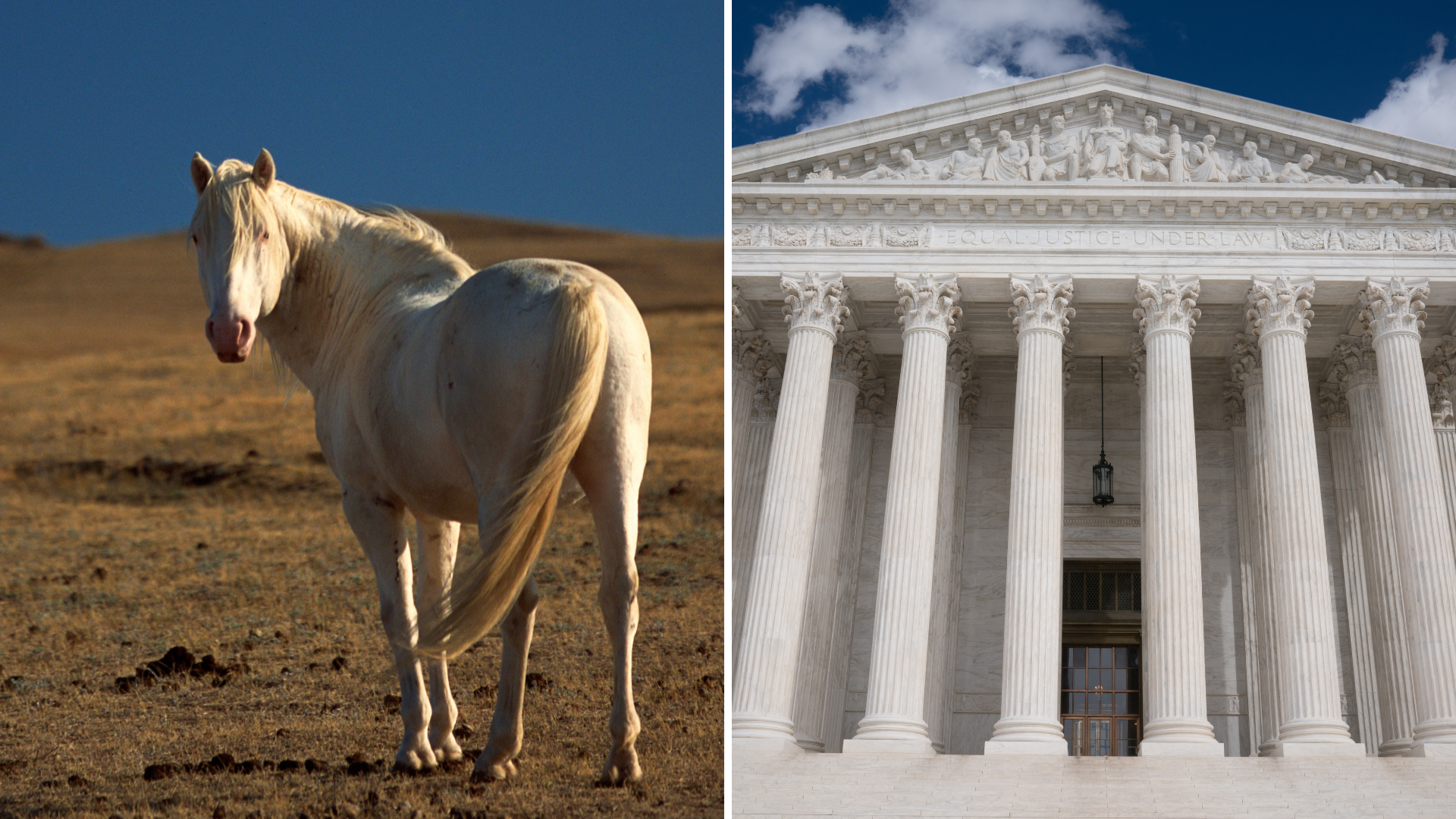 (Washington, D.C., September 23, 2020) Today begins three days of public mourning for Justice Ruth Bader Ginsburg, a champion of equality and women's rights. The AWHC team was saddened to hear of the passing of Justice Ginsburg this past weekend. She meant so much to so many people and we mourn the loss of such a great advocate.

As we look ahead on our efforts to protect wild horses, her passing has muddied the waters on Capitol Hill even more. The two main legislative issues Congress still wants to address before they leave town until after the election are a possible COVID stimulus package and funding for the federal government beyond the September 30 deadline either through appropriations bills or a Continuing Resolution (CR). However, now they have a third - whether or not to confirm a new justice before the election.

Yesterday, the House passed a stopgap funding bill that will keep the government running through Dec. 11, However, the legislation must still be approved by the Senate and signed by the president by September 30th, or we will face another shutdown.  As of now, it appears that the funding bill is headed toward Senate passage, so we expect to be operating under a CR until at least December 11th, though things could change quickly.

The Interior Appropriations bill is one of the 12 appropriations subcommittee bills. It passed the House this summer with an AWHC-supported Floor Amendment requiring BLM to use $11 million for humane PZP fertility control for the first time. That $11 million represents half of all the new money BLM received last year, which the agency had hoped to use on mass roundups and removal, but would now be required to conduct humane fertility control with 50% of the new money if the Senate, and ultimately Congress, pass the bill.

It is possible Congress will ultimately extend the CR through next year. This would continue spending at current levels and not include new language, such as the House-passed PZP language (except for “anomalies” or adjustments to spending), but we would have strong momentum for reinstating it in next year’s Interior spending bill.

We will continue to fight BLM’s plan to remove almost all wild free-roaming horses from public lands by working with our growing list of Congressional champions. As the late Justice Ginsburg said, "Dissents speak to a future age. It's not simply to say, 'My colleagues are wrong and I would do it this way.' But the greatest dissents do become court opinions and gradually over time their views become the dominant view. So that's the dissenter's hope: that they are writing not for today, but for tomorrow."

So now, more than ever, our wild horses and burros need us to be their voice. We are working hard to secure oversight of the BLM and USFS roundups and to finalize the House-passed PZP language. The tide is turning, as more Members and staff are showing an interest and willingness to fight with us to save America’s irreplaceable wild horses and burros.