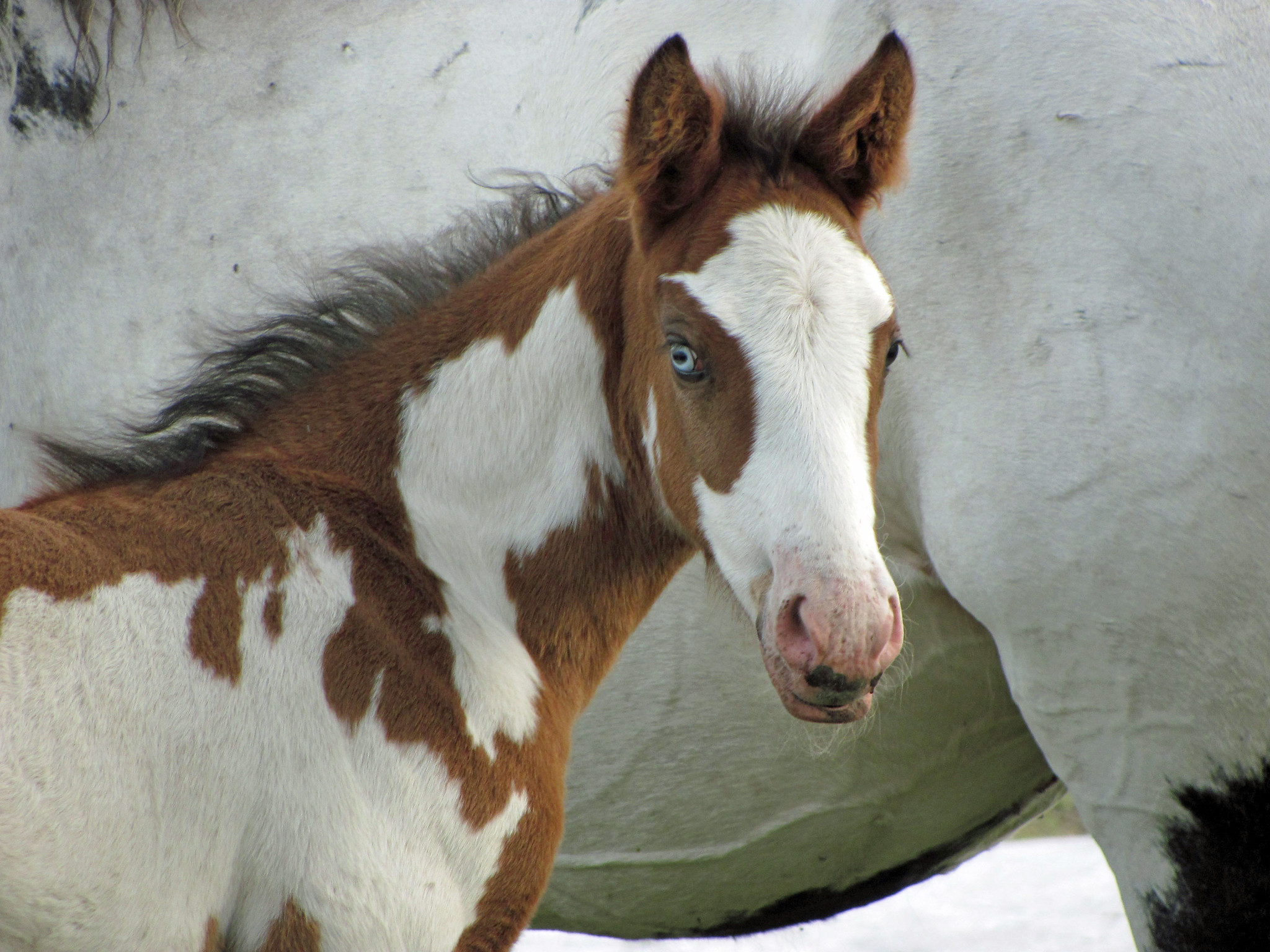 (September 10, 2021) A new Bureau of Land Management (BLM) policy establishes protocols for the euthanasia of wild horses and burros. These policies are implemented immediately and without a chance for comment or input from the public. Worse still, policies are internal guidelines that influence the agency’s work internally and are not legally enforceable, unlike laws or regulations.

The new euthanasia policy, as implemented with Permanent Instruction Memorandum (PIM) 2021-007 dated May 2020 (but not publicly discovered until it was cited by BLM during the Sand Wash Basin Herd Management Area roundup on September 8, 2021) was revised in FY21 according to the BLM’s PIM.

According to the PIM, the new policy replaced a March 2015 Instruction Memorandum (IM) that established policy for much more than euthanasia alone. The 2015 IM covered “procedures for the proactive and preventative medical care of animals managed by the WH&B Program including deworming, vaccination, evaluation of animal condition and determination of an appropriate end-of-life action when indicated for reasons of an act of mercy, health or safety.”

Importantly, the 2021 PIM notes that the methods of euthanasia included are in line with the American Veterinary Medical Association (AVMA) Guidelines for the Euthanasia of Animals: 2020 Edition. Unlike the BLM’s policy, when mentioning how wildlife and free-roaming species should be euthanized, the AVMA continuously stresses how minimal handling is imperative. (Including how premedication of prey and non-domesticated species (wild horses and burros included) is strongly encouraged to reduce animal distress and improve personnel safety.) Instead, BLM allows for a captured horse to be standing on a trailer, confined in a small pen, portion of an alleyway, or in a chute. If a horse is agitated or will not stand calmly (as many wild animals won’t) BLM policy dictates the horse be placed in a chute and/or tied down for additional restraint.

The following is a comparison of the highlights of the two euthanasia policies.

“​​The Authorized Officer (AO) will euthanize or authorize the euthanasia of a wild horse or burro when any of the following conditions exist.” 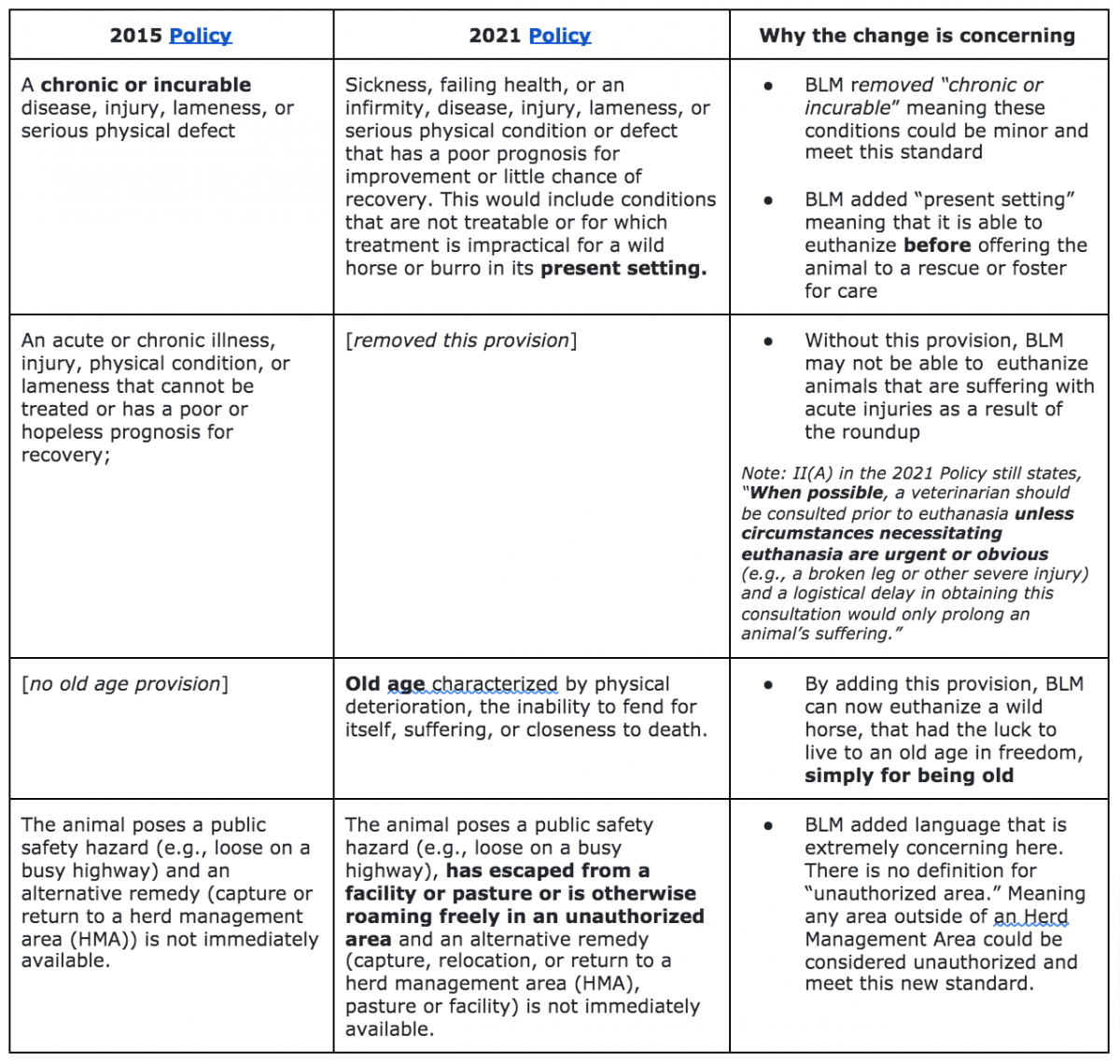 AWHC is concerned that even 60 days was not enough time between re-evaluations. According to our consulting equine veterinarian, 3-10 months is needed, with the first 10 days to two weeks being vital. Further, if horses in long-term holding facilities are in weakened states and consistently losing weight, the BLM should review the facility for inadequate care instead of blaming the condition of the horses on the horses imprisoned there.

Finally, it is also concerning that this euthanasia-focused PIM is replacing an IM that covered so much more than euthanasia. Leaving the question of, what happens to the other policies?