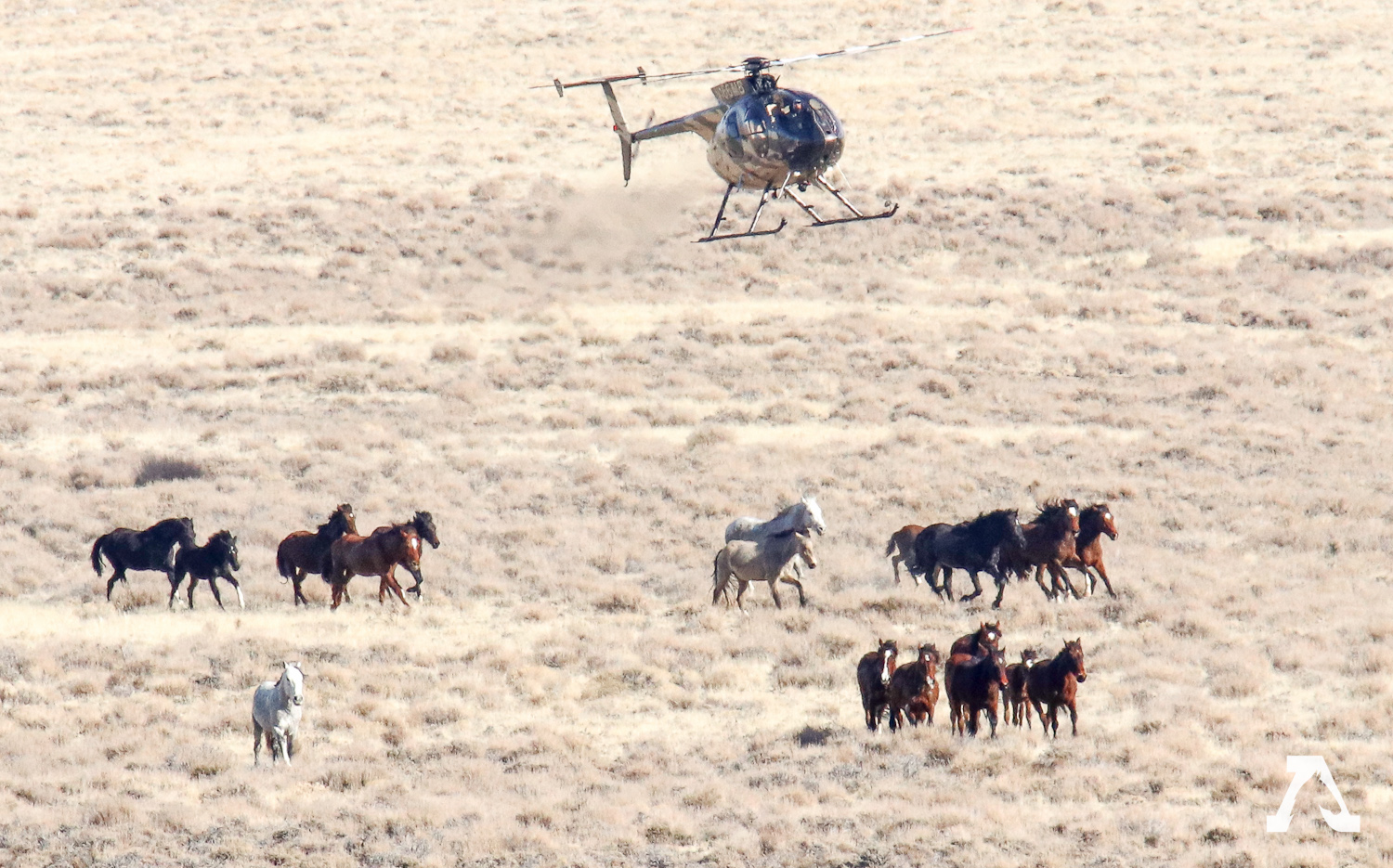 On January 21, 2020, the Bureau of Land Management (BLM) announced its plans to conduct a helicopter roundup and removal of 150 wild horses from the Reveille Herd Management Area (HMA)  in Nevada beginning on Thursday, February 6, 2020.

According to BLM census data, there are an estimated 222 horses currently residing in the 105,500-acre public land habitat. The population limit the agency sets for this area is 82-138 mustangs. That equates to one horse for every 764- 1,286 acres. Meanwhile, there is a 650,000-acre livestock allotment which overlaps a portion of the HMA where the permittee is allowed over 25,000 Animal Unit Months or the annual equivalent of over 2,000 cow/calf pairs.

The captured horses will be sent to the Indian Lakes wild horse corrals in Fallon, Nevada.

AWHC's observer was the only member of the public onsite to view the roundup operation, which concluded early without any horses captured. We watch as they loaded captured horses and shipped another truckload to the Indian Lakes holding facility in Fallon, Nevada. 16 older stallions were released back to the HMA and mare are scheduled to be treated with PZP and released tomorrow.

A few horses attempted to make a last-minute escape before ultimately being loaded and shipped. 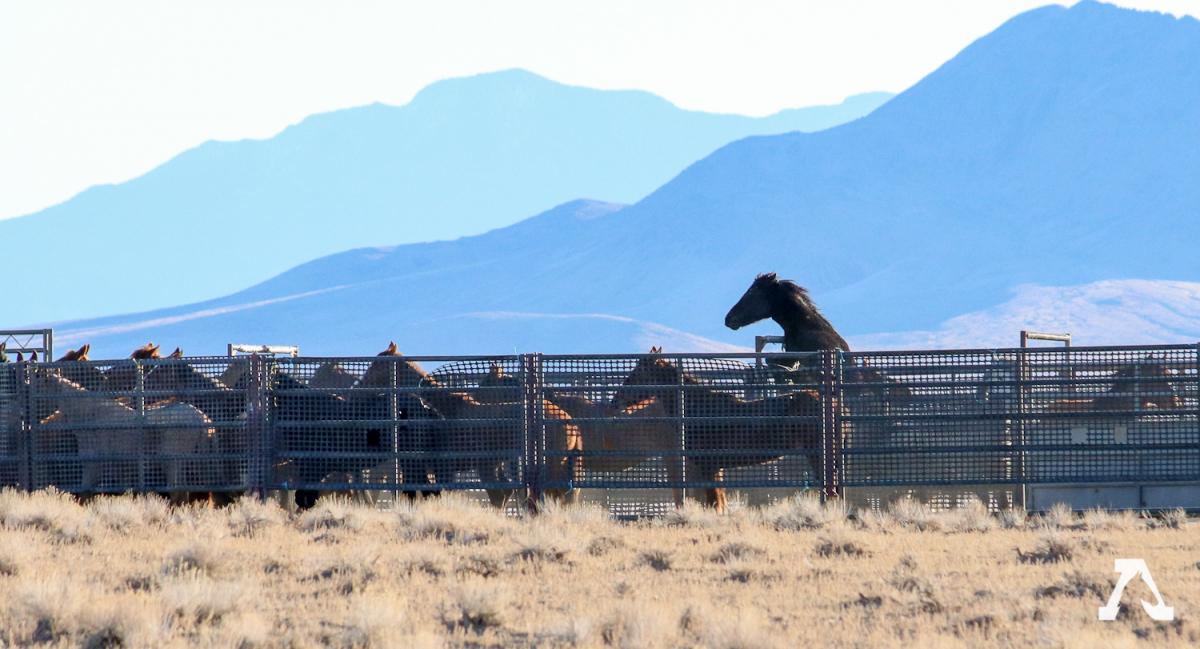 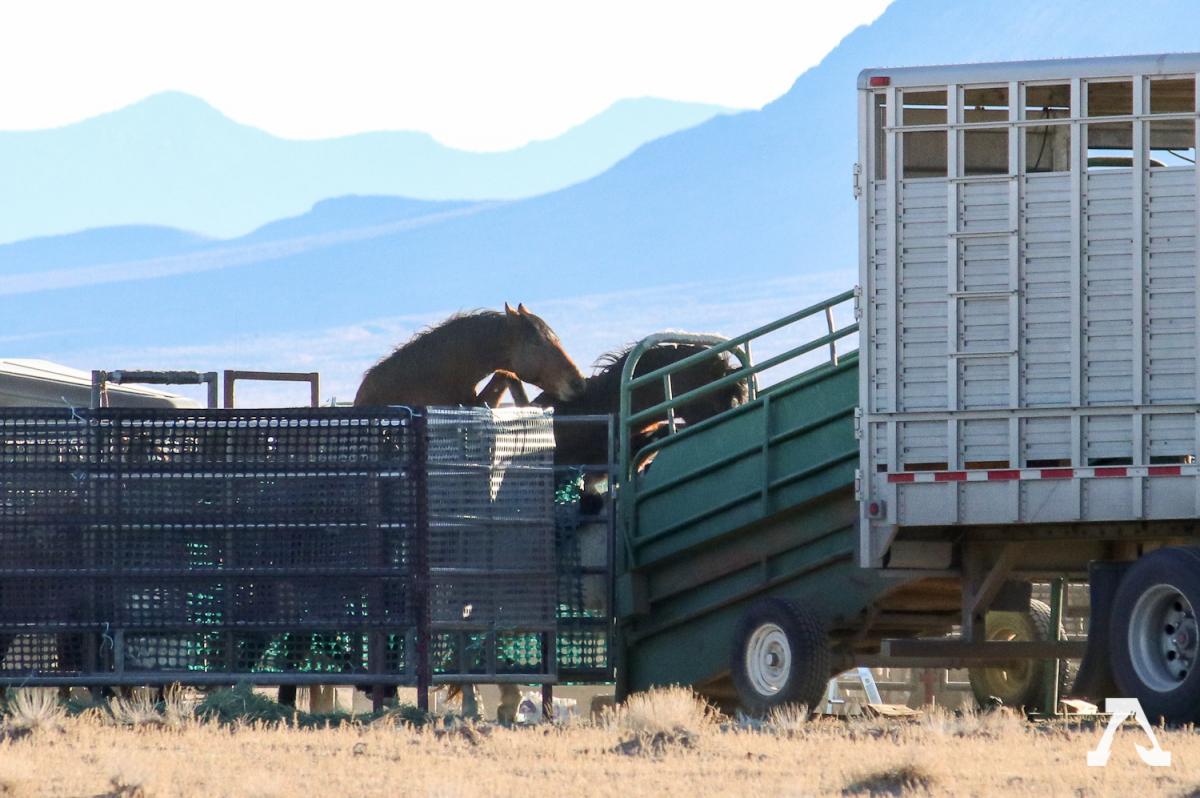 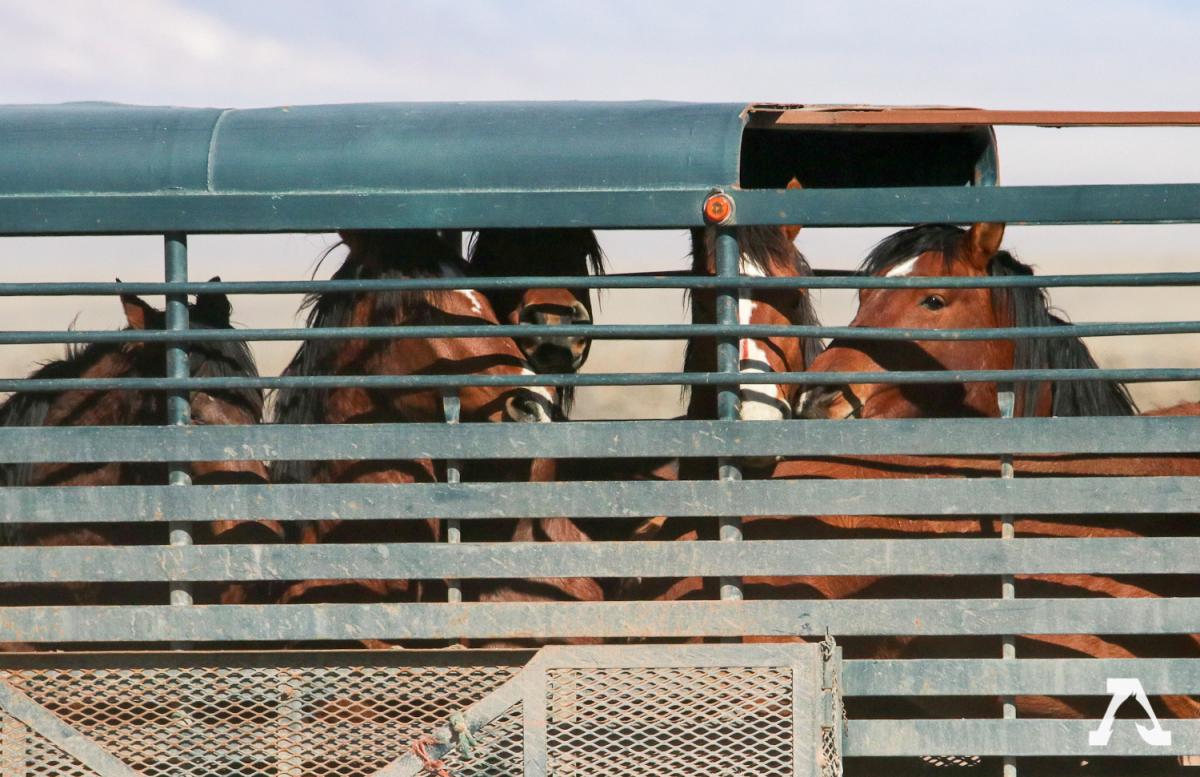 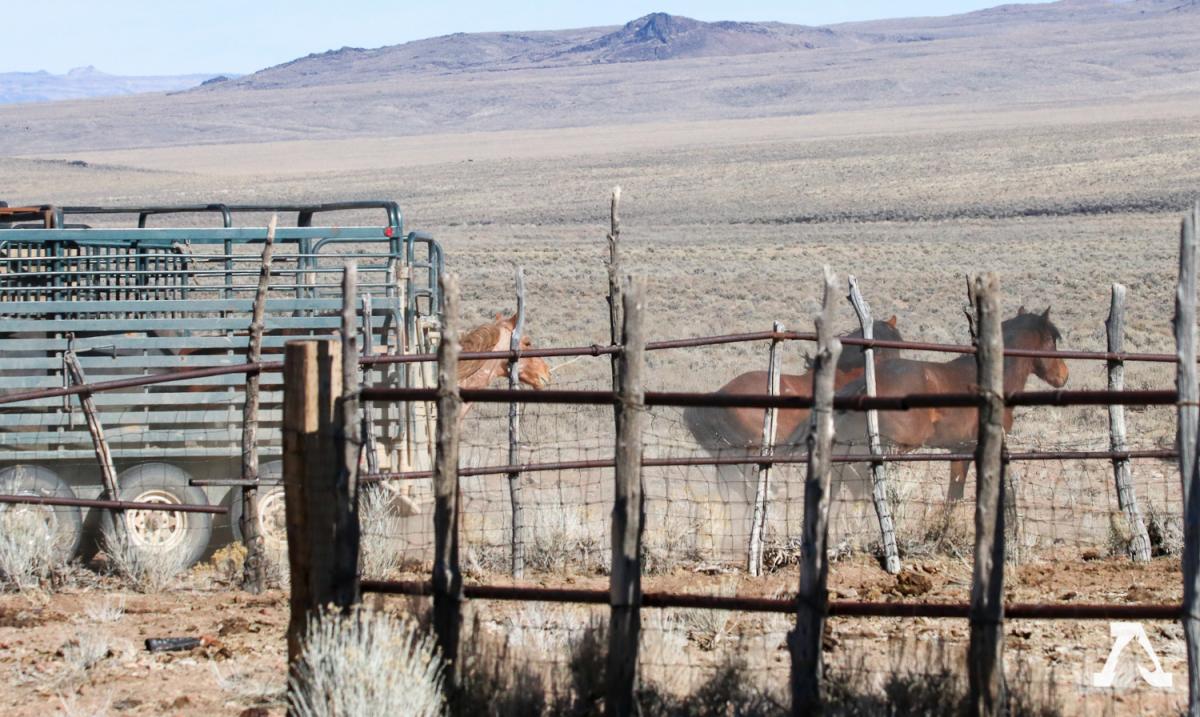 AWHC's field representative was the only member of the public on-site to document the roundup and removal of the Reveille wild horses in Nevada. 28 mustangs in total were captured and they all appeared to be in good body condition. Our observer notes that the contractors had to push horses past privately-owned cattle in the HMA as they approached the trap. 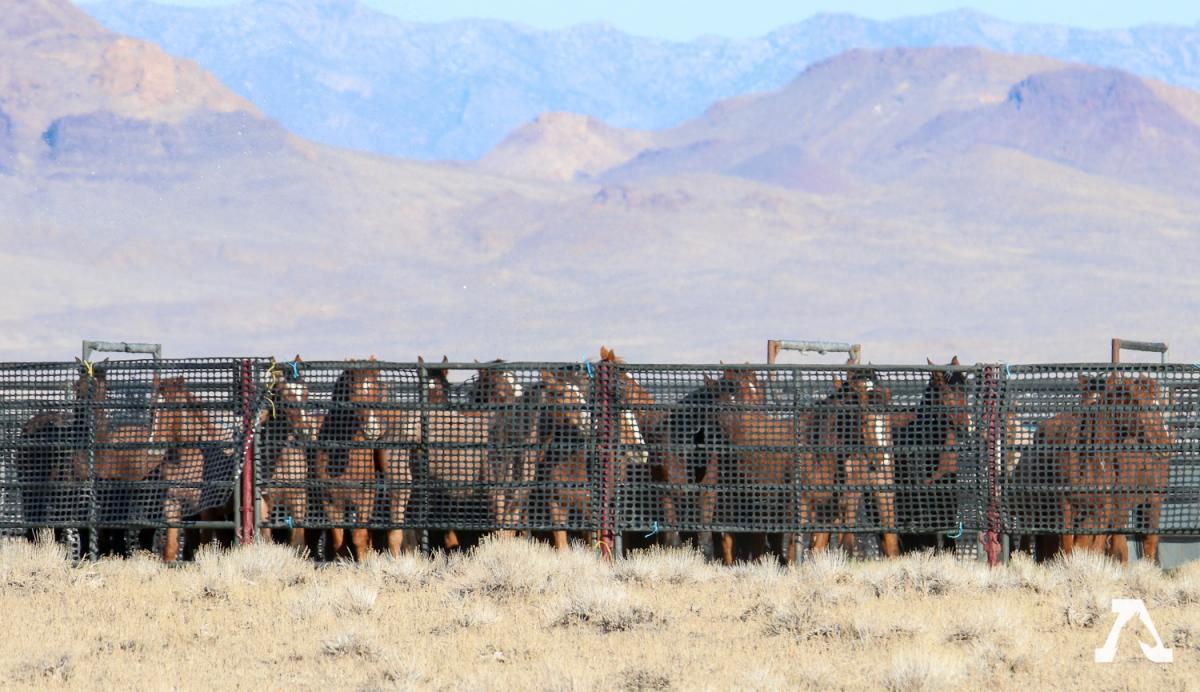 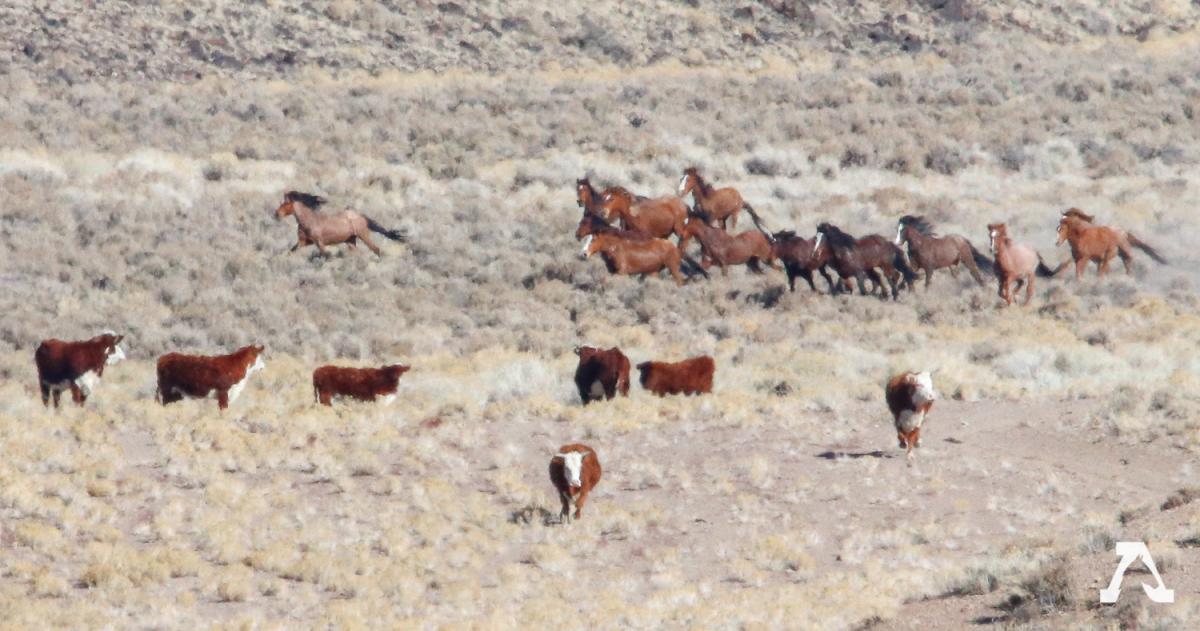 After a two-hour drive into public lands, the roundup was called off today because of high winds. The wild horses captured in the days prior were sorted and shipped to the Indian Lakes holding facility in Fallon, Nevada. Branded mares that were previously treated with PZP stayed at temporary holding for a possible retreat and release, dependent on the numbers captured at the end of the operation. Our field representative reports that horses coming off the range have been in body conditions of 3-5 with the majority being in the 4's. 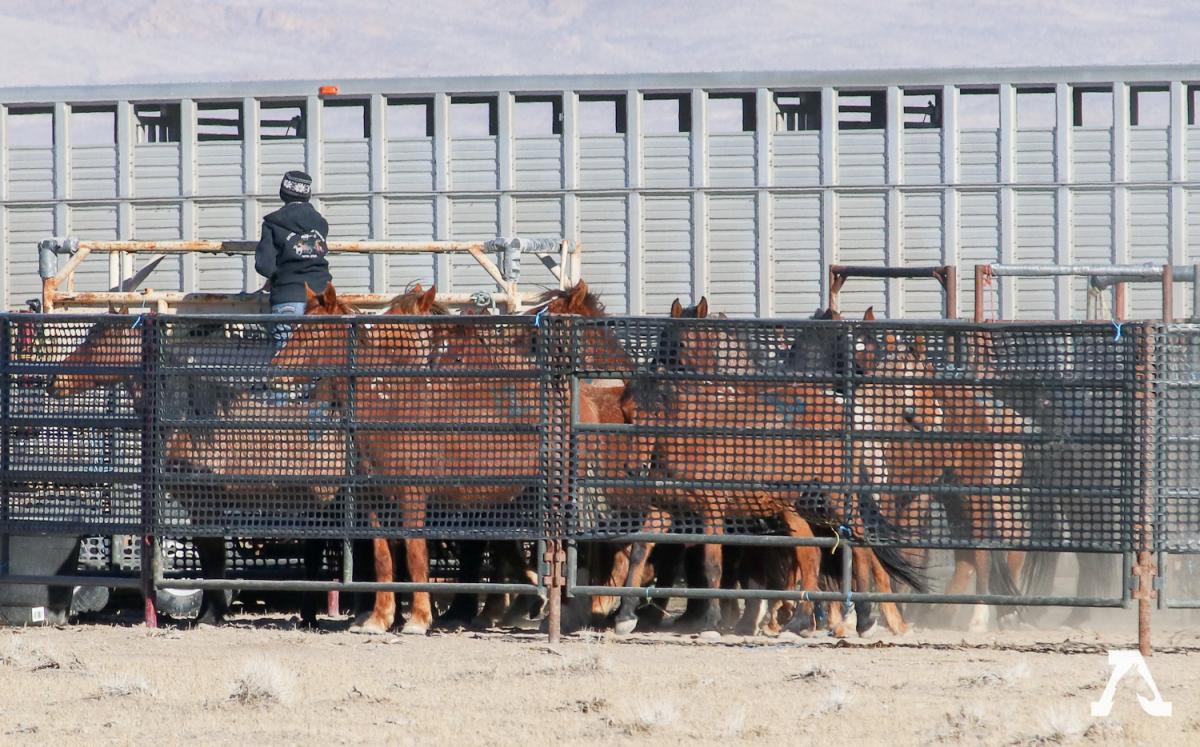 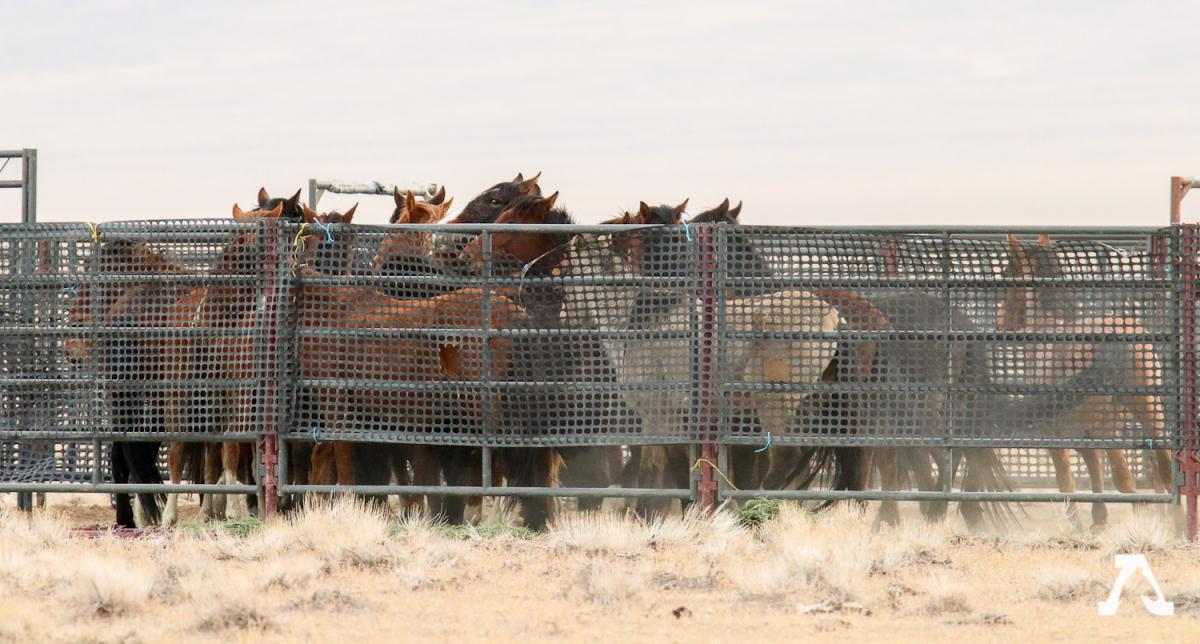 AWHC's representative was one of two public observers that were on-site to document today's roundup operation. Our observer noted that the helicopter contractor seems to be having a difficult time finding many horses, however, there are plenty of privately-owned cows grazing within the wild horse Herd Management Area (HMA)

Horses appear to be in good body condition with plenty of forage on the HMA. 57 mustangs were captured in total: 32 studs, 25 mares. 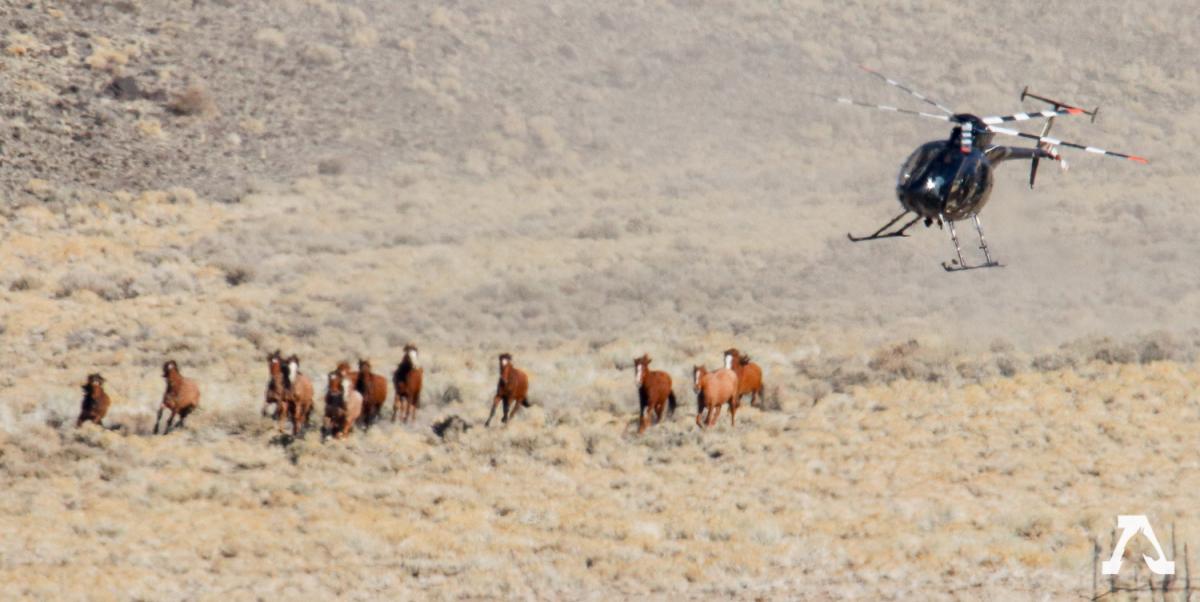 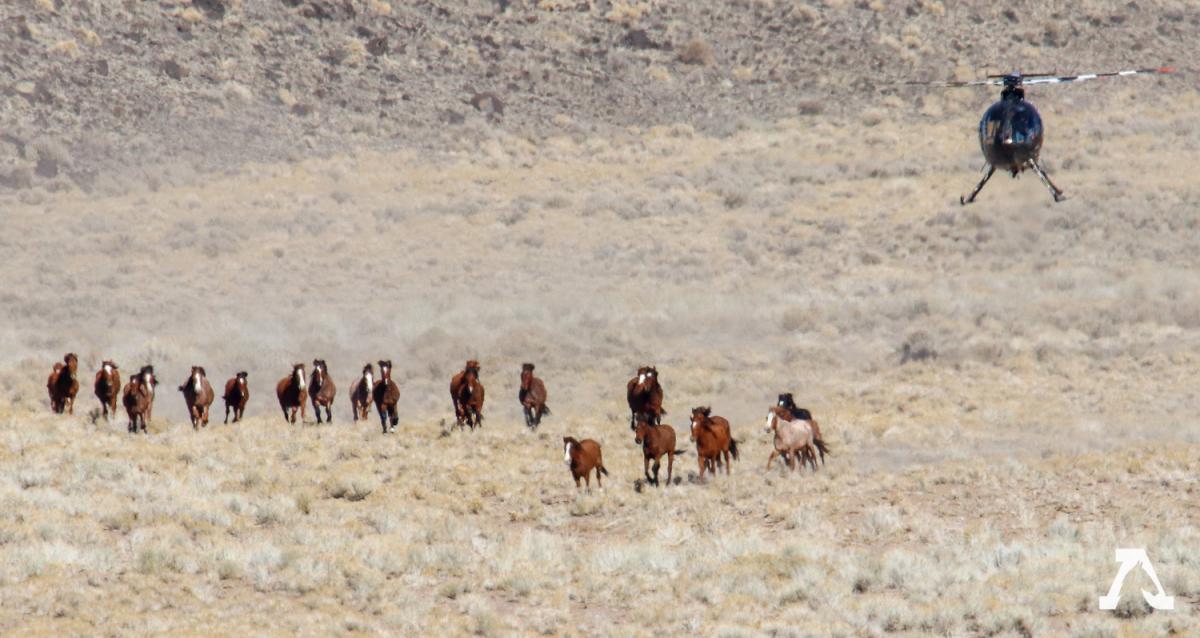 AWHC's field representative was one of three members of the public that showed up to document the roundup and removal of the Reveille wild horses. The helicopter contractors from the Cattoors used two horses to lead them into the trap, however, a band of 6 refused to go into the trap and escaped captured. We noticed a lot of cattle grazing in the area today.

After the roundup, our representative stopped at the Stone Cabin HMA and spent some time with the horses. 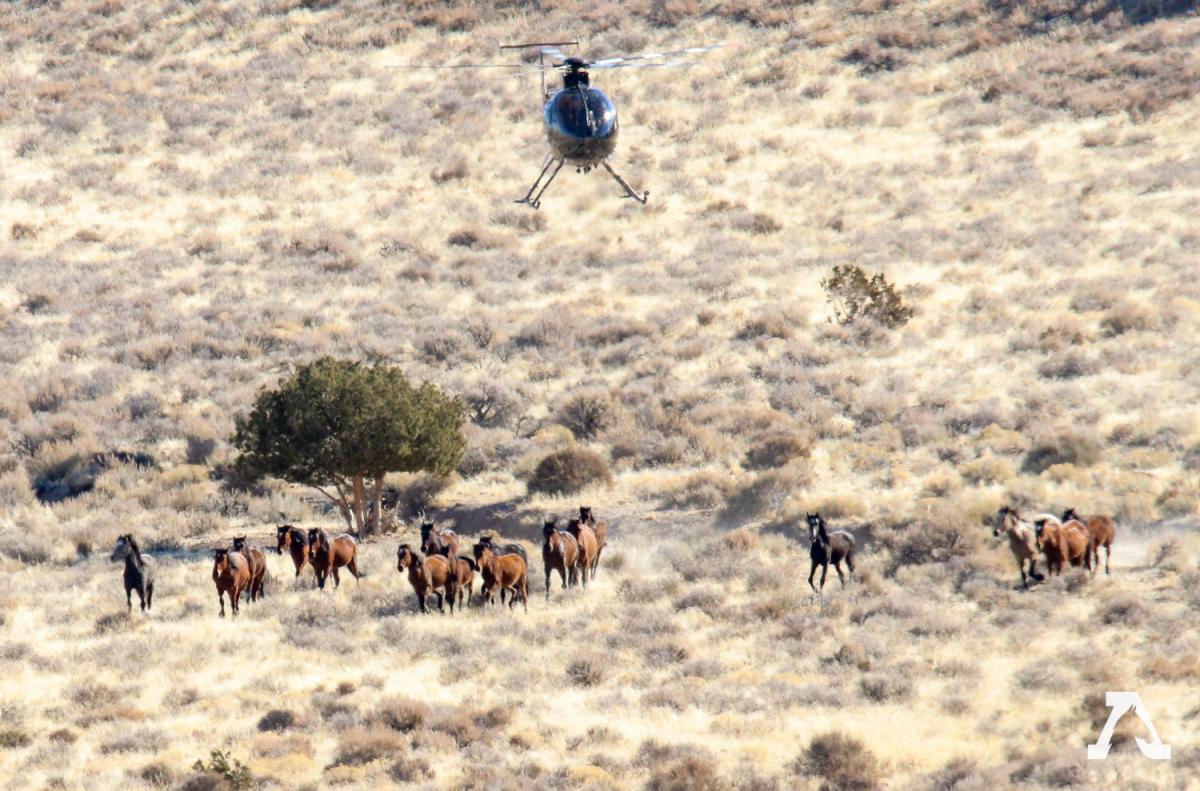 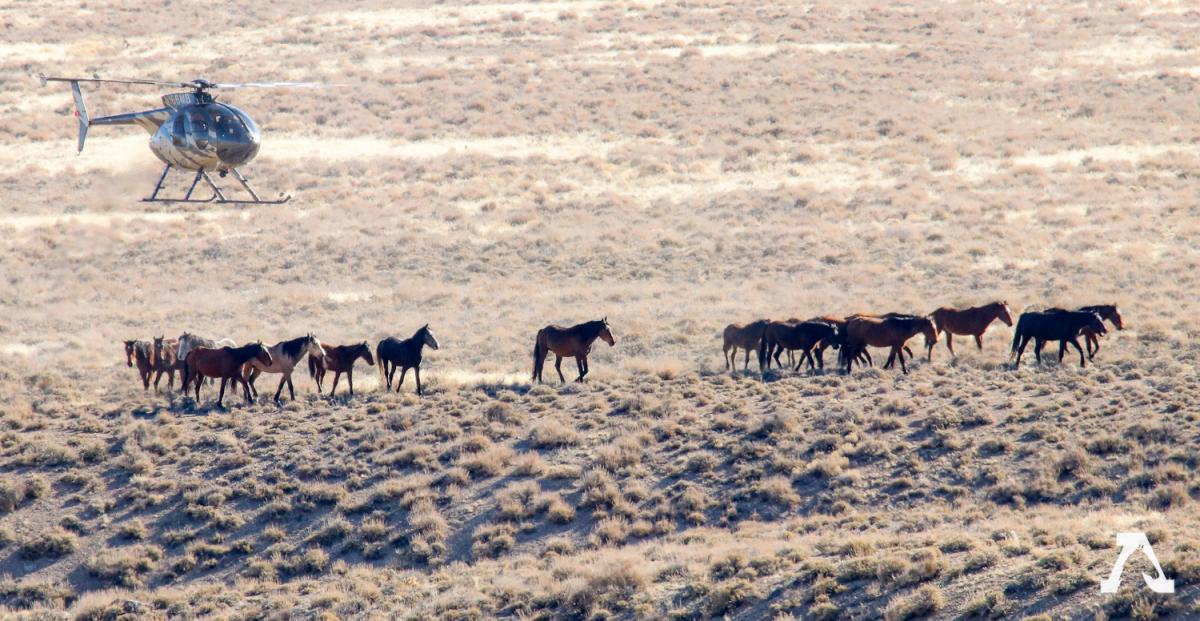 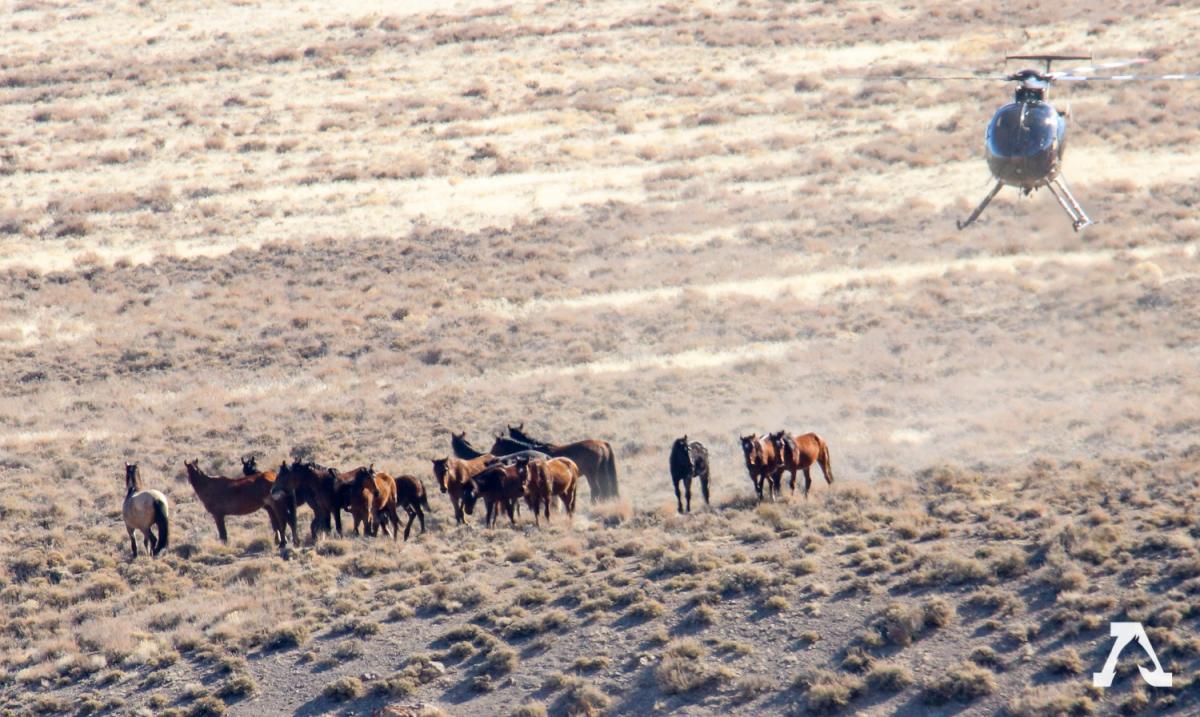 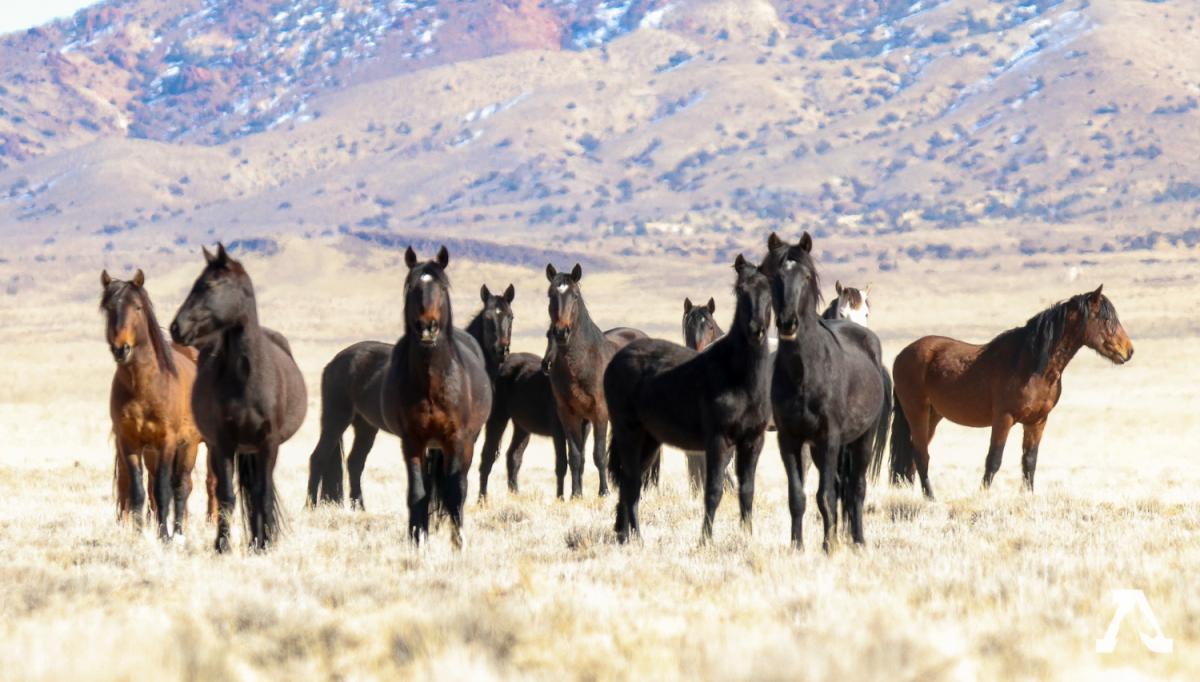 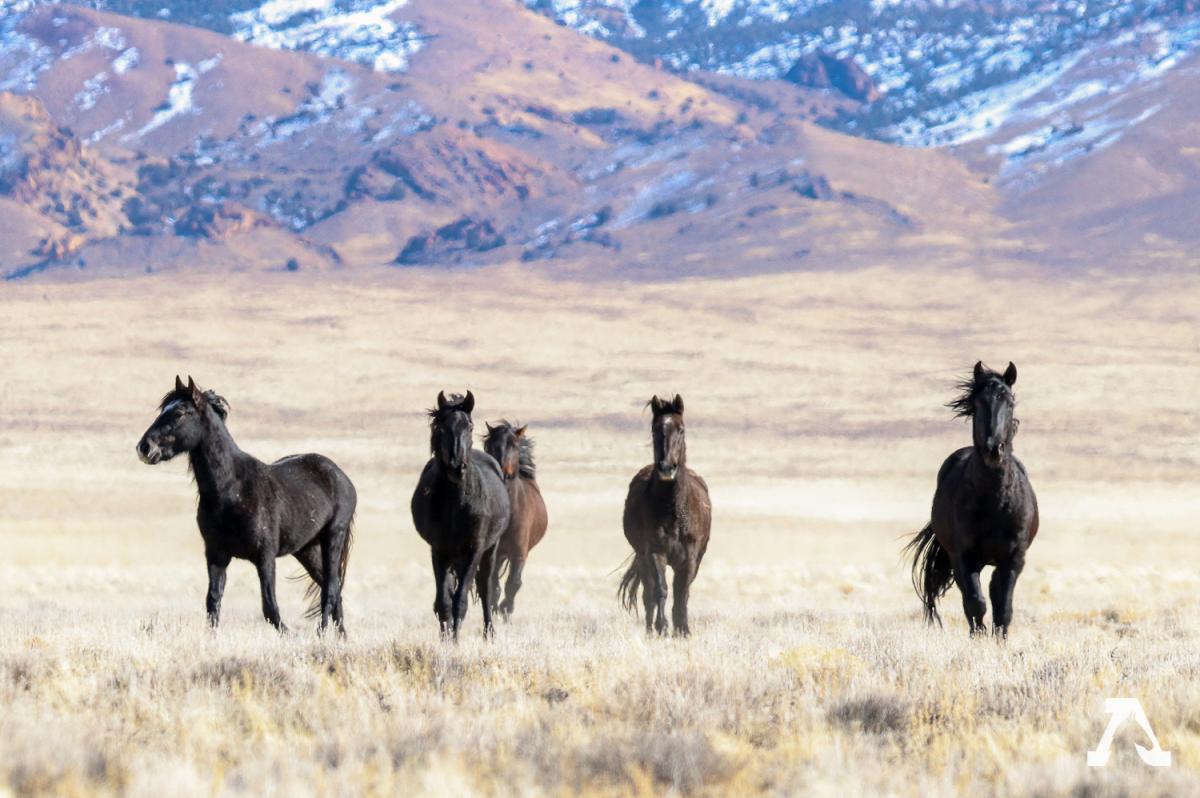 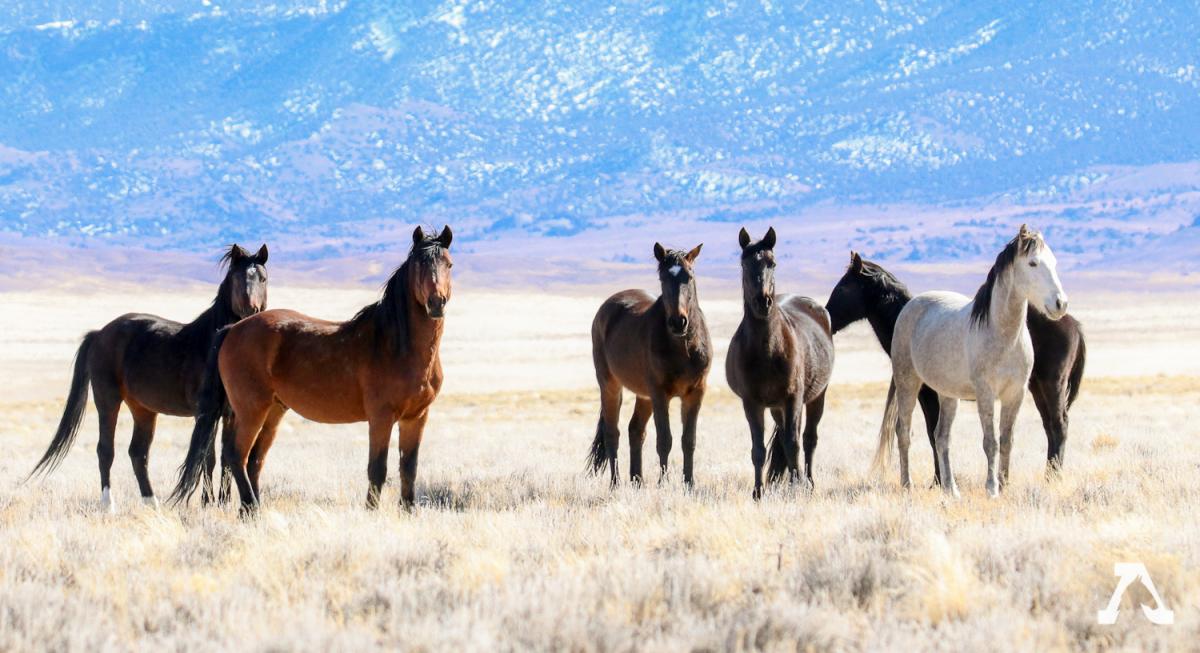 AWHC's field representative was one of two members of the public that showed up to document the roundup of the Reveille wild horses. The operation got off to a late start with the helicopter not flying until the afternoon.

During the operation, the helicopter tried to capture 20 horses, pushing them towards the trap site but the horses split into different directions and repeatedly refused the trap. At the end of the day, the contractors only managed to get a group of 7. 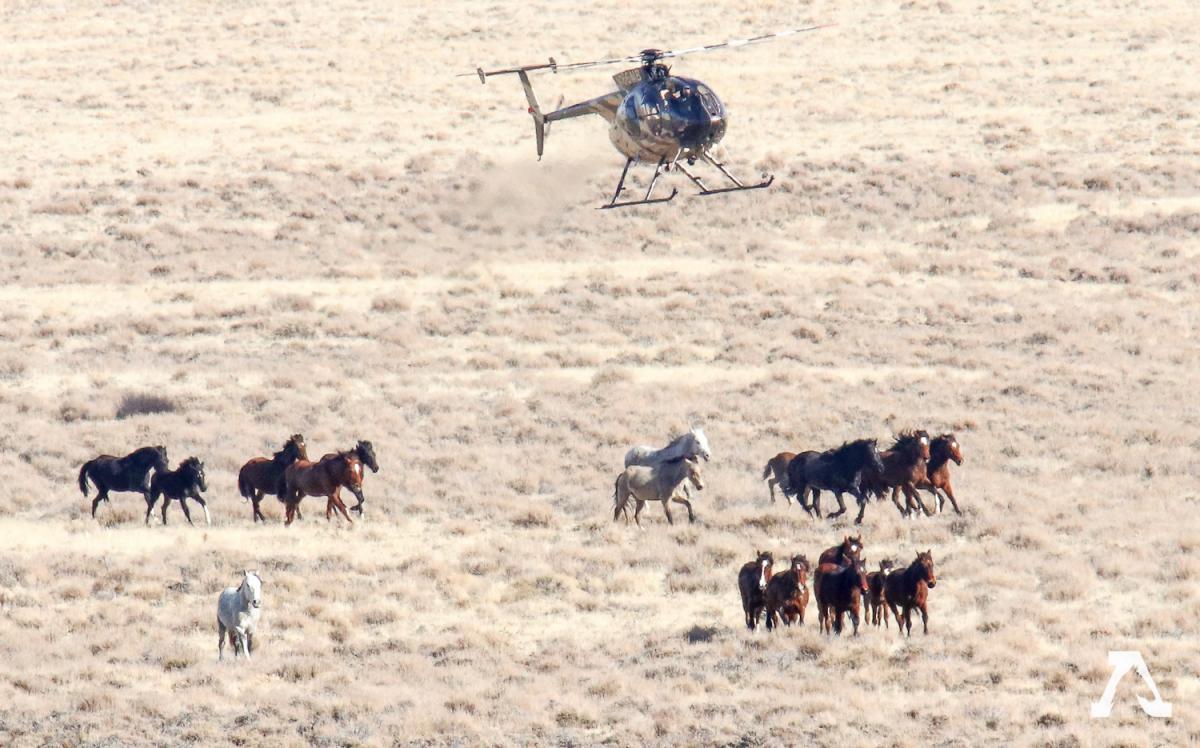 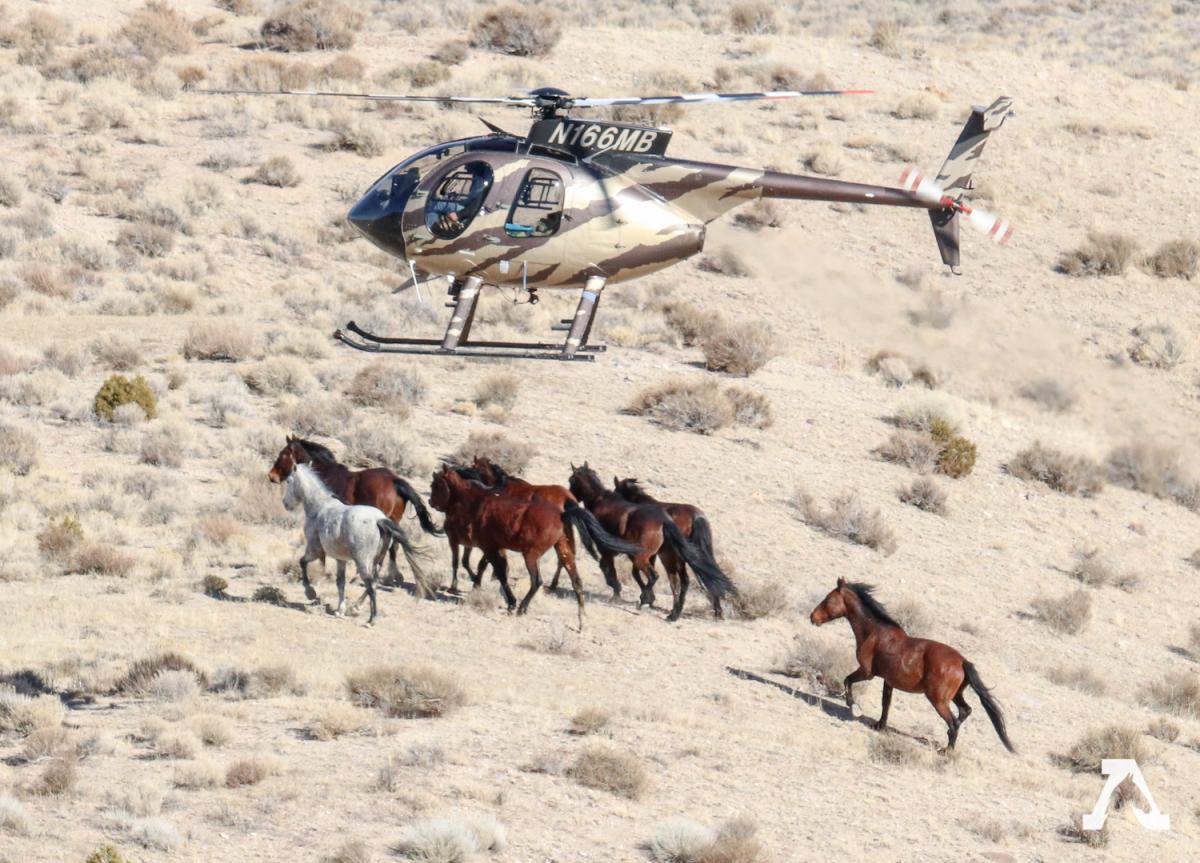 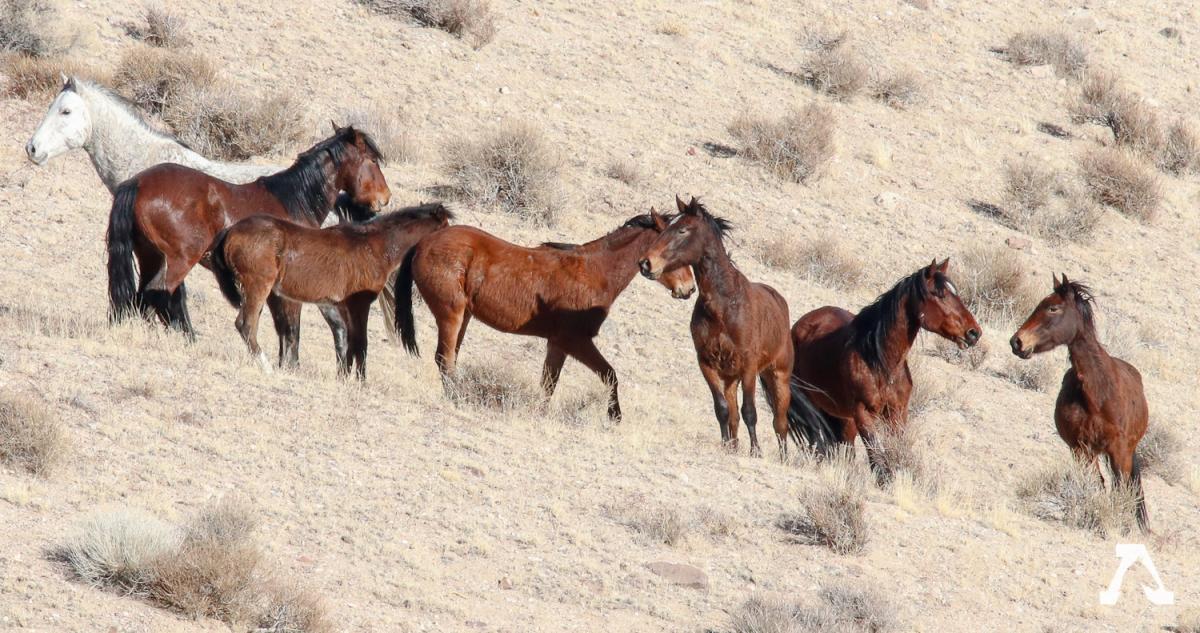