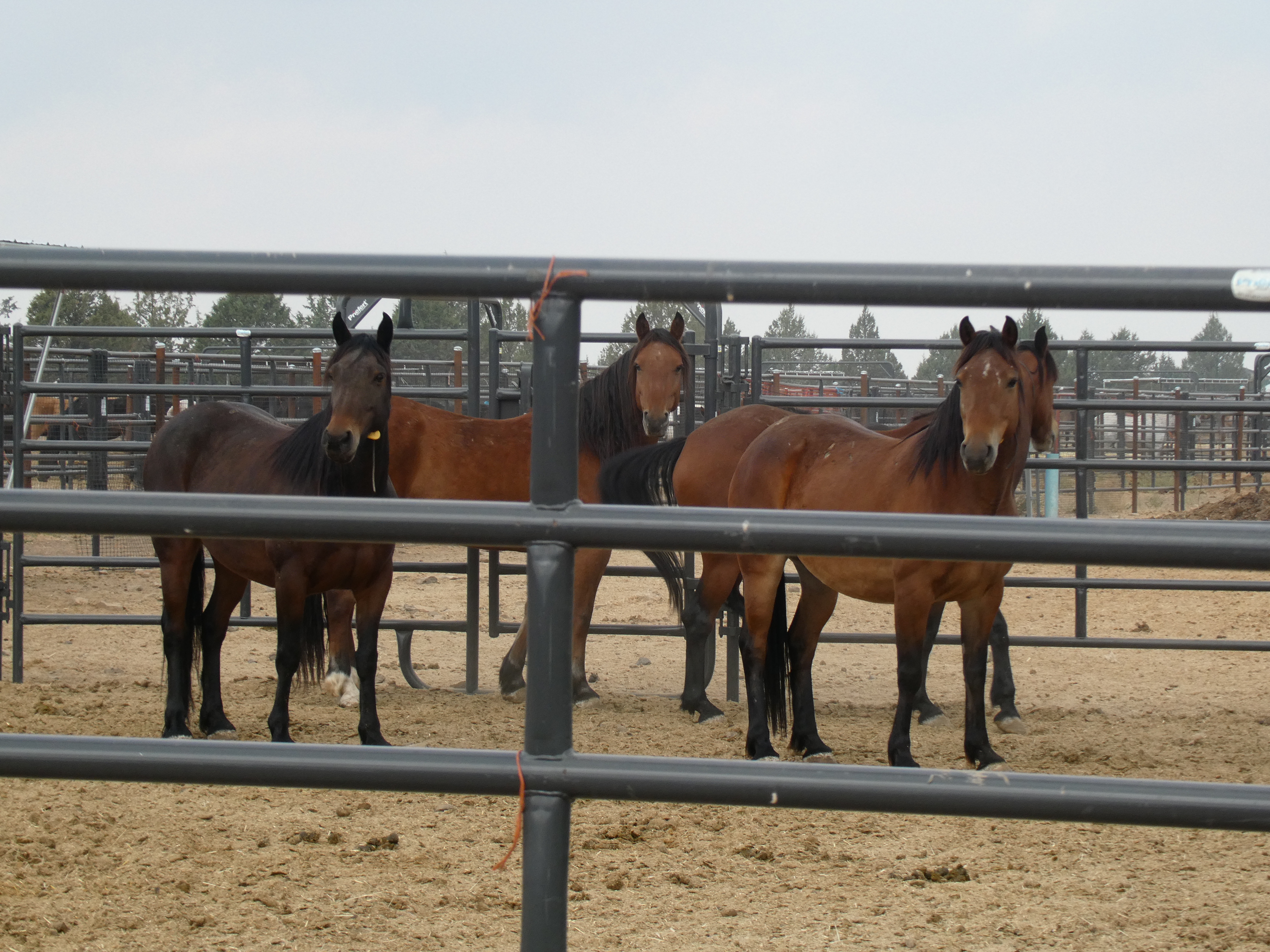 Including two foals killed by a mountain lion in their pen

(May 20, 2022) Months after the US Forest Service (USFS) completed its roundup and removal of 506 horses from the Devil’s Garden Wild Horse Territory (Territory) on the Modoc National Forest (MNF) in northeast California, the death toll continues to rise.

Although the USFS didn’t report any deaths during the operation that began on September 16th and ended on October 16th, AWHC learned from an email to the MNF that five horses died. One was a mare who was euthanized for a previously broken leg; the other four were euthanized due to "chronic long-term health issues" that the MNF has yet to identify.

But the deaths don’t stop there. According to two recent Freedom of Information Act (FOIA) requests that AWHC filed, 16 more horses – both young and old – died at the USFS’s Double Devil Wild Horse Corrals and the Bureau of Land Management (BLM) Bruneau Wild Horse Off-Range Corrals, bringing the number of deaths to 21. 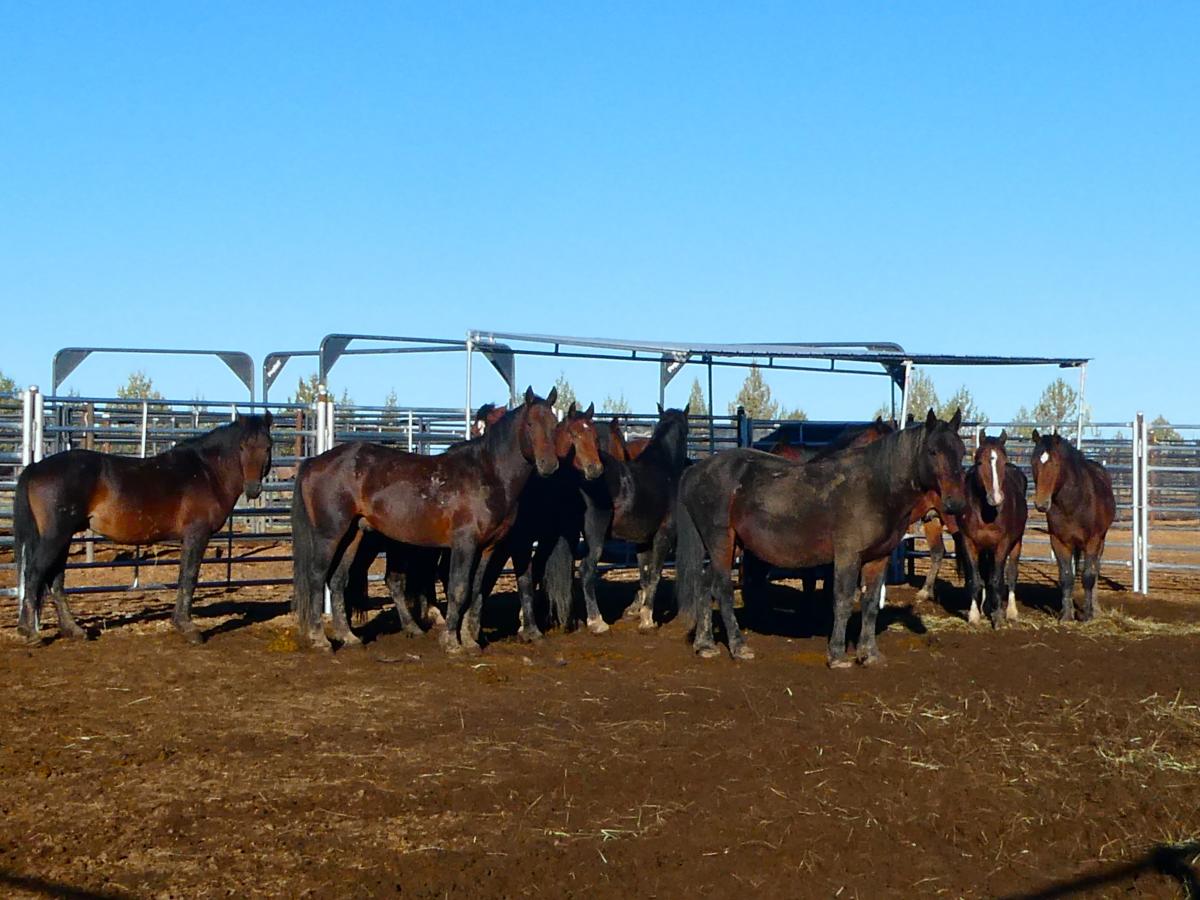 After the roundup and removal, the USFS transferred 367 horses to its Double Devil corrals in Alturas, CA for holding and placement.  Of those, 67 were weanlings.  As of November 15th, nine horses have died there, with weanlings accounting for more than half of them.

Additionally, between October 11th and November 7th, just weeks after being rounded up. 12 mares miscarried.

While the MNF maintains that removal of the horses from the Territory is necessary to keep them from starving from lack of forage, the average Body Condition Score (BCS) was 4.2, with many mares and stallions coming in with a BCS of 5.  BCS of 4 and 5 are considered good weight for domestic horses. 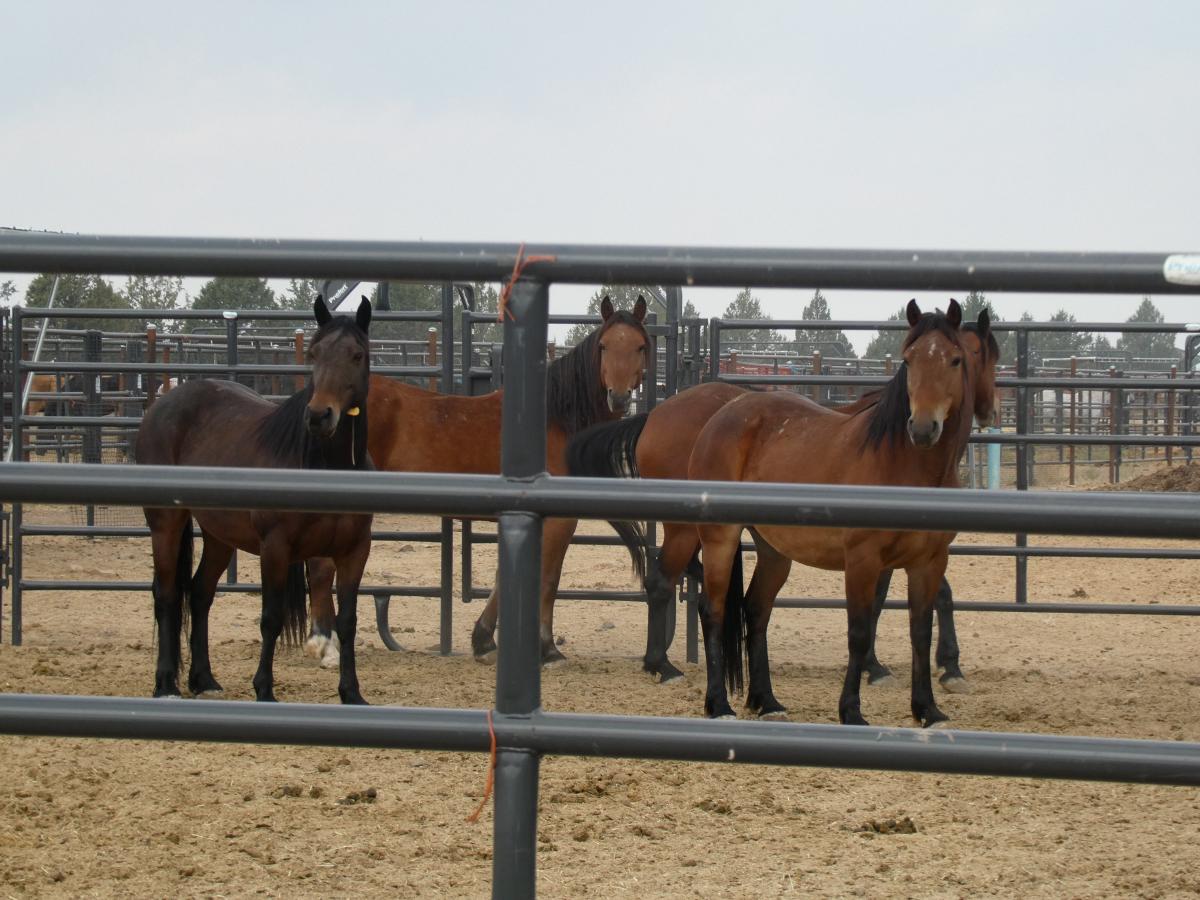 Under a contract with the BLM, the USFS transferred 142 horses to the BLM corrals in Bruneau, ID, several of whom were stallions and mares in their late teens and mid-twenties.

As of November 25th, seven Devil’s Garden horses have died there; almost half of them were in their twenties.

Of note, four Devil’s Garden mares who were treated with PZP-22 and returned to the Territory in 2017 are now in holding at Bruneau. To AWHC’s knowledge, the MNF never revaccinated the mares as required by treatment protocols – which makes a clear statement about the USFS’s utter lack of interest in using fertility control to humanely and sustainably manage the Devil’s Garden horses on the Territory.

We Can Do Better

The deaths of 21 Devil’s Garden horses during the roundup and in holding is just the tip of the iceberg.  AWHC will continue to file FOIA requests on these horses, and we’re certain they’ll be even more deaths – not just at the Double Devil and Bruneau corrals but from Devil’s Garden horses ending up in the slaughter pipeline. Remember that the USFS doesn’t freeze brand its horses, making identification of them difficult in kill pens.

As mentioned before, of the 506 horses removed from the Territory last fall, 67 were weanlings and 6 of them met horrific ends at Double Devil.  And don’t forget the 12 mares who miscarried.

If the USFS would have implemented a comprehensive PZP fertility control program, those births and miscarriages could have been prevented.  But so far, the agency is staying the course – rejecting current science and continuing with more roundups and removals – an archaic and ineffective management strategy that is expensive for American taxpayers and nothing short of cruel for the horses.

A spring 2021 population census estimated 1,926 wild horses on the Territory. This February the USFS conducted a new inventory. It has yet to release the results.  But there’s a good chance that despite removing about 2,500 horses in the past four years, the population will see little if any, decline.

Unfortunately, another roundup this fall is expected with more weanlings dying, more mares having miscarriages, and more 20-plus-year-olds either dying or spending their last years in feedlot conditions after decades of living free on their federally-designated habitat.