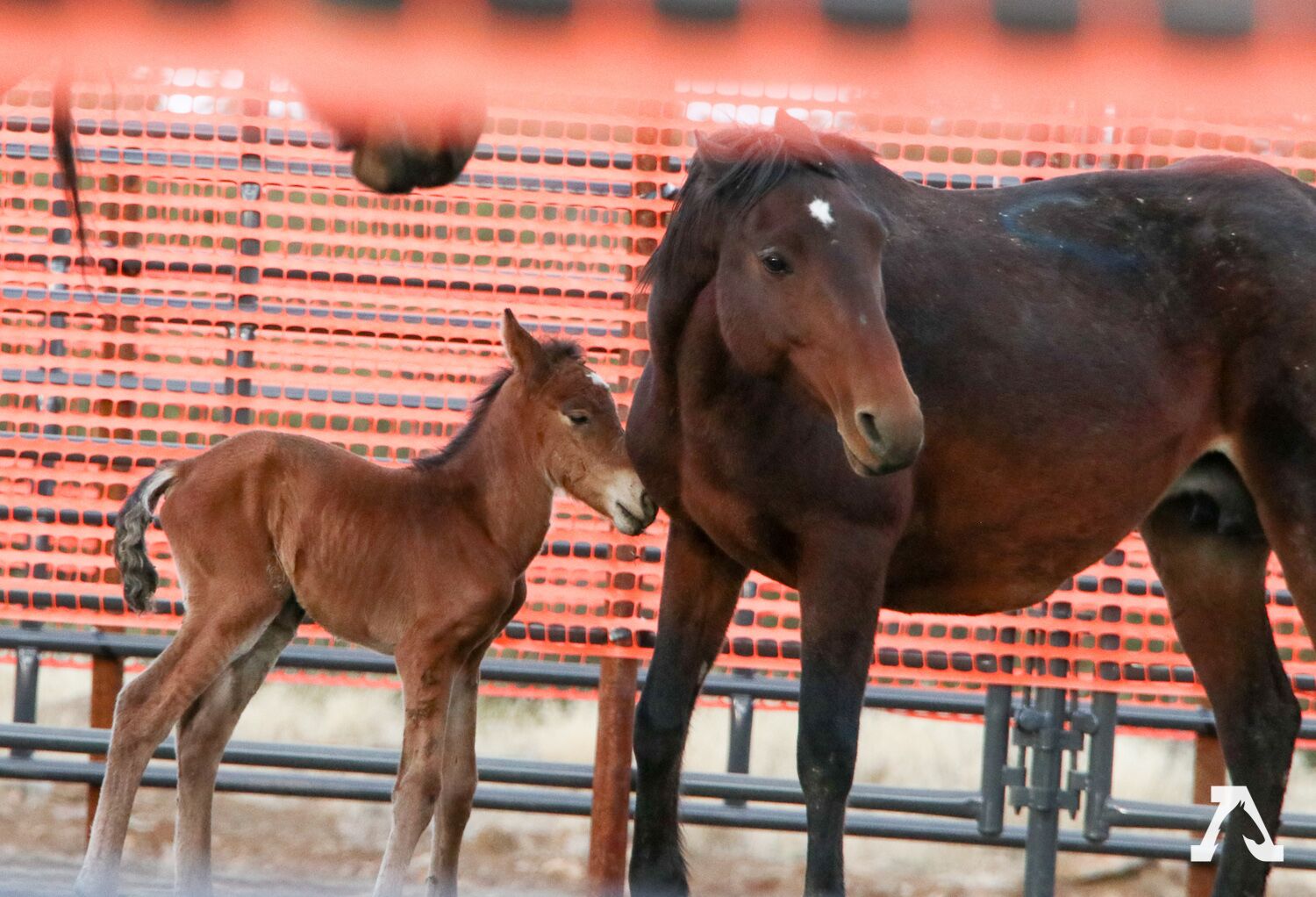 The move comes just weeks after Congress prohibited the Forest Service from selling wild horses without limitations on slaughter. While the $1-a-piece sale, beginning Friday, will be done “with limitation on slaughter” AWHC says it has the potential to undermine the Congressional prohibition.

“The Forest Service is treating these national treasures like trash by selling them for one dollar apiece, sending a strong message that our cherished wild horses are throwaway animals who lack value,” said Mary Koncel, Policy Specialist for AWHC who has spearheaded AWHC’s work to protect the Devil’s Garden horses. “Offering wild horses at fire-sale prices is the Forest Service’s way of sidestepping Congress’ recent prohibition by increasing the likelihood of these horses ending up in the slaughter pipeline.”

“Imagine the public outcry if a government agency began selling bald eagles en masse to anyone who had a dollar,” she continued, noting that wild horses on public lands are federally protected by the Wild Free-Roaming Horses and Burros Act of 1971, unanimously passed by Congress. The only other animal to receive this level of protection is the American bald eagle.

In 2018, the Forest Service unveiled a plan to sell the Devil's Garden mustangs without limitation on slaughter prompting Congress to add a Forest Service wild horse slaughter ban to the final Fiscal Year 2020 spending legislation, enacted last month. The sale-for-slaughter plan also led to the passage of California state legislation, AB 128, to increase protection from slaughter for horses sold at livestock auctions.

The horses being sold are currently held at the Double Devil Corrals in the Modoc National Forest and include yearlings and weanlings who have been separated from their mothers at less than six months old.