Excerpts from This Land, by Christopher Ketcham

Excerpts from This Land, by Christopher Ketcham

(January 24, 2020) When Christopher Ketcham published his book, This Land: How Cowboys, Capitalism, and Corruption are Ruining the American West, we couldn't put it down. Ketcham holds nothing back (and omits nothing) as he exposes true stories of corruption in a deep-dive through the history of our great public lands.

Wild horses are discussed in several chapters throughout, but Chapters Five and Six, in particular, provide insight on public lands ranching that we are compelled to reiterate.

From Chapters Five and Six

“Less than two percent of US beef derives from Western public lands; most of our domestic beef is husbanded east of the hundredth meridian on private land in the green rain-fed climes, where it’s easy to grow cows. Public grazing provides just one dollar out of every $2,500 of taxable income in the West, or 0.04 percent, and just one out of every 1,400 jobs, or 0.07 percent. On both public and private lands in the eleven Western states, the livestock industry accounts for less than 0.5 percent of all income. Elimination of all public land grazing, according to the Department of the Interior, would result in the loss of an estimated 0.1 percent of the West’s employment. And if all public lands cattle production disappeared, it would have almost no effect on beef availability or beef prices.”
- Chapter 5, This Land

“There are roughly twenty-two thousand permittees running cows on BLM and Forest Service land. As we’ve seen, the actual number of individual owners of those permits might be much smaller. It’s estimated that less than two percent of the eight hundred thousand livestock producers in this country use public forage. The common claim of these grazers is that they ‘feed the world.’ This is a lie good for public relations - or perhaps it is merely another grand self-delusion.”
- Chapter 5, This Land

“Beyond all this is the question of what ranchers want for the public domain as a whole, the future they envision for plants, animals, and ecosystems. It is nothing but more of the same. Consider the policy prescriptions of the industry’s chief lobby group, the Public Lands Council (PLC), which is funded and staffed by the National Cattlemen’s Beef Association, the powerful trade group that represents livestock producers. In 2017, the PLC issued a nine-page document to outline ‘priorities for the incoming administration and 115th Congress.’ Katie Fite, a biologist and public lands activist with the non-profit Wildlands Defense in Idaho shared with me her analysis of the document. She called it the ‘Welfare Ranchers’ demand letter to Trump.’” 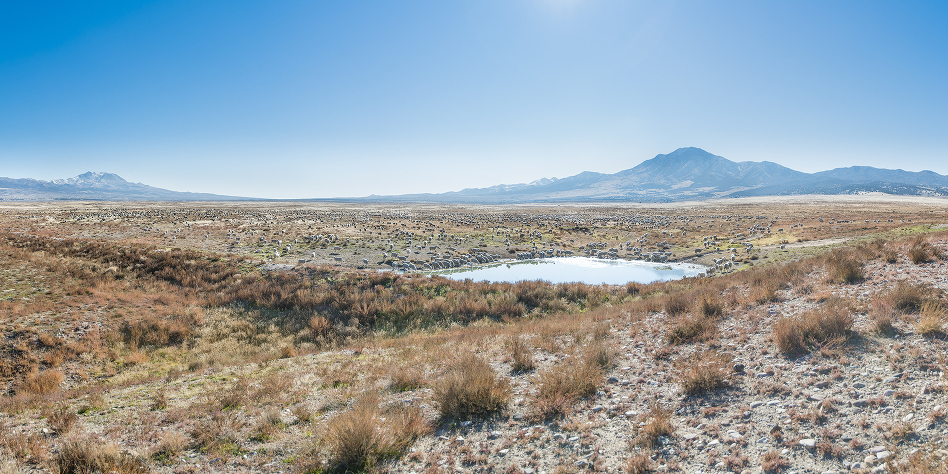 “Among the demands were the general annihilation of prairie dogs, a keystone species already 98 percent gone West-wide but which ranchers still consider a pest; the stripping of Endangered Species Act protection for the trifling number of remaining grizzly bears, and for “all species of wolves” in the United States, because of alleged threats to livestock from wolves and bears; and rollbacks of key provisions of the National Environmental Policy Act, which requires environmental impact assessments of all commercial activities on federal public lands, including ranching operations. The group also sought to amend the Wild Free-Roaming Horses and Burros Act so that wild horses could be killed because they compete for forage with cows. ‘They want wild horses in the West pretty much GONE,’ Fite wrote me.”
- Chapter 5, This Land

"The group also sought to amend the Wild Free-Roaming Horses and Burros Act
so that wild horses could be killed because they compete for forage with cows.
‘They want wild horses in the West pretty much GONE,’ Fite wrote me.” 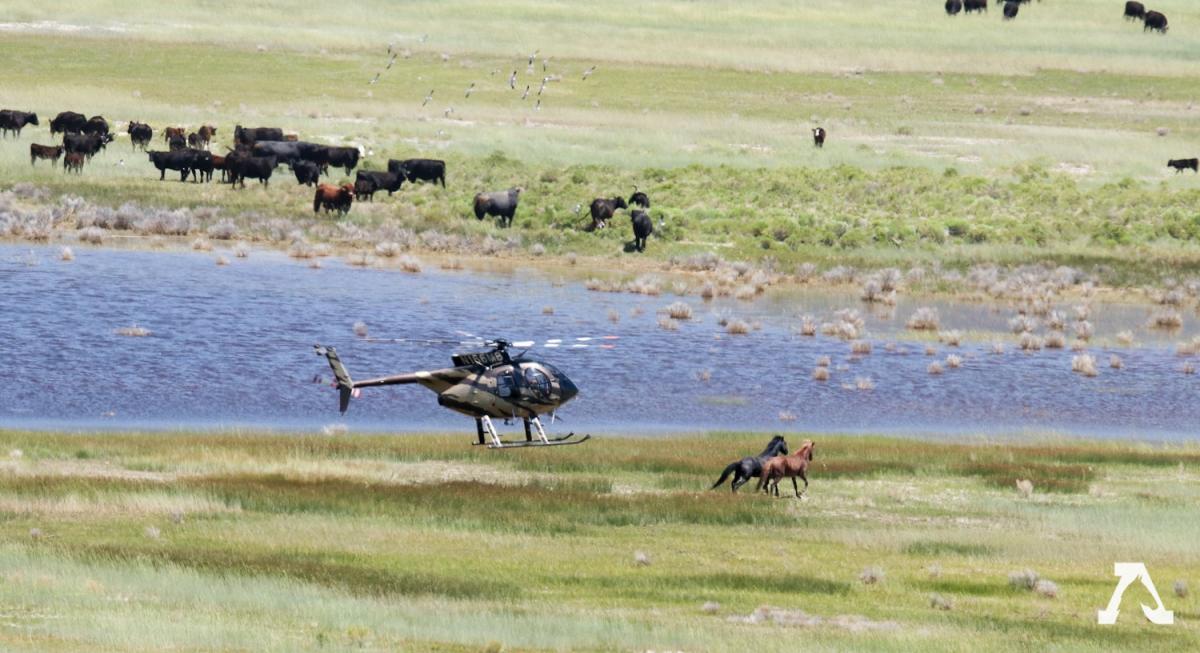 "With the growing population, there have been new opportunities to make money. Barred from slaughtering horses, the BLM created what I call the ‘Capture and hold industry’. In 2013, the last year for which statistics are available, the agency spent eight million in fees to private sector contractors conducting roundups. The big money was in warehousing the horses afterward, with the BLM in 2014 spending forty-seven million dollars on private contractors that run holding facilities." 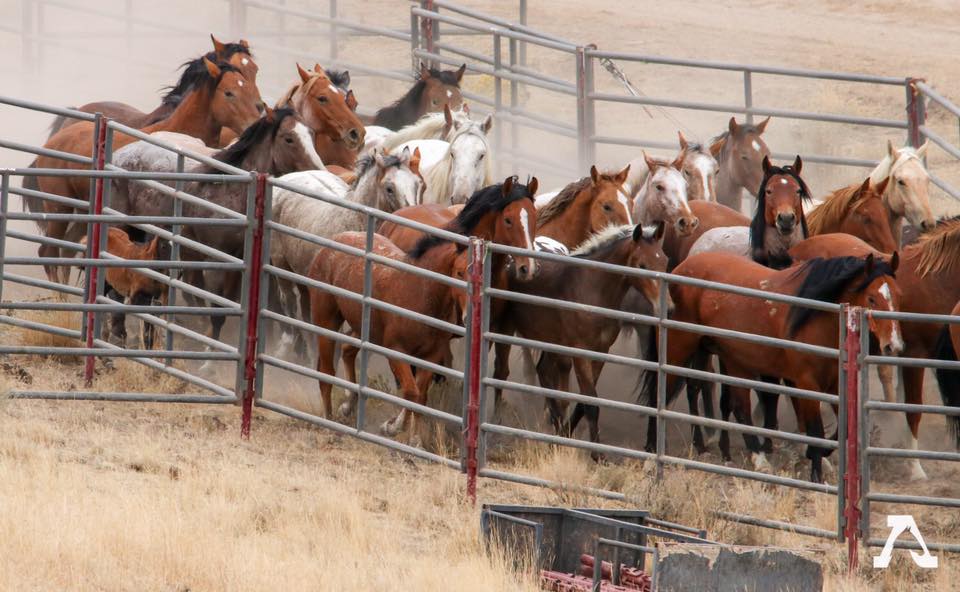 "The peculiar population dynamics in a constantly disturbed herd happens to benefit the Capture and Hold Industry. The animals are targeted at random in roundups, and the complex web of family ties that regulate breeding is thereby shattered. The herd goes crazy with sex, reproduction rates jumping as much as 25 percent per year. More roundups thus produce more horses, which necessitate more roundups and also more horses in holding for a continual flow of cash to contractors. It could be said now that horses are managed as a renewable crop of captives. Currently, there are sixty thousand animals in holding.”
- Chapter 6, This Land 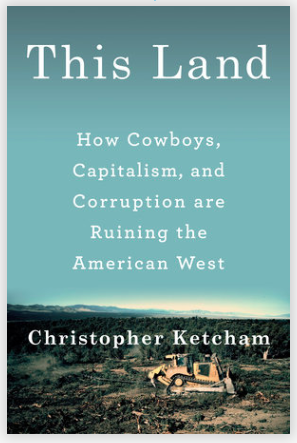 If you're looking for an eye-opening journey through public lands, we highly recommend this book. It's enjoyable via Audible as well -- Ketcham's conviction to the truth is as palpable in his voice as it is his writing.