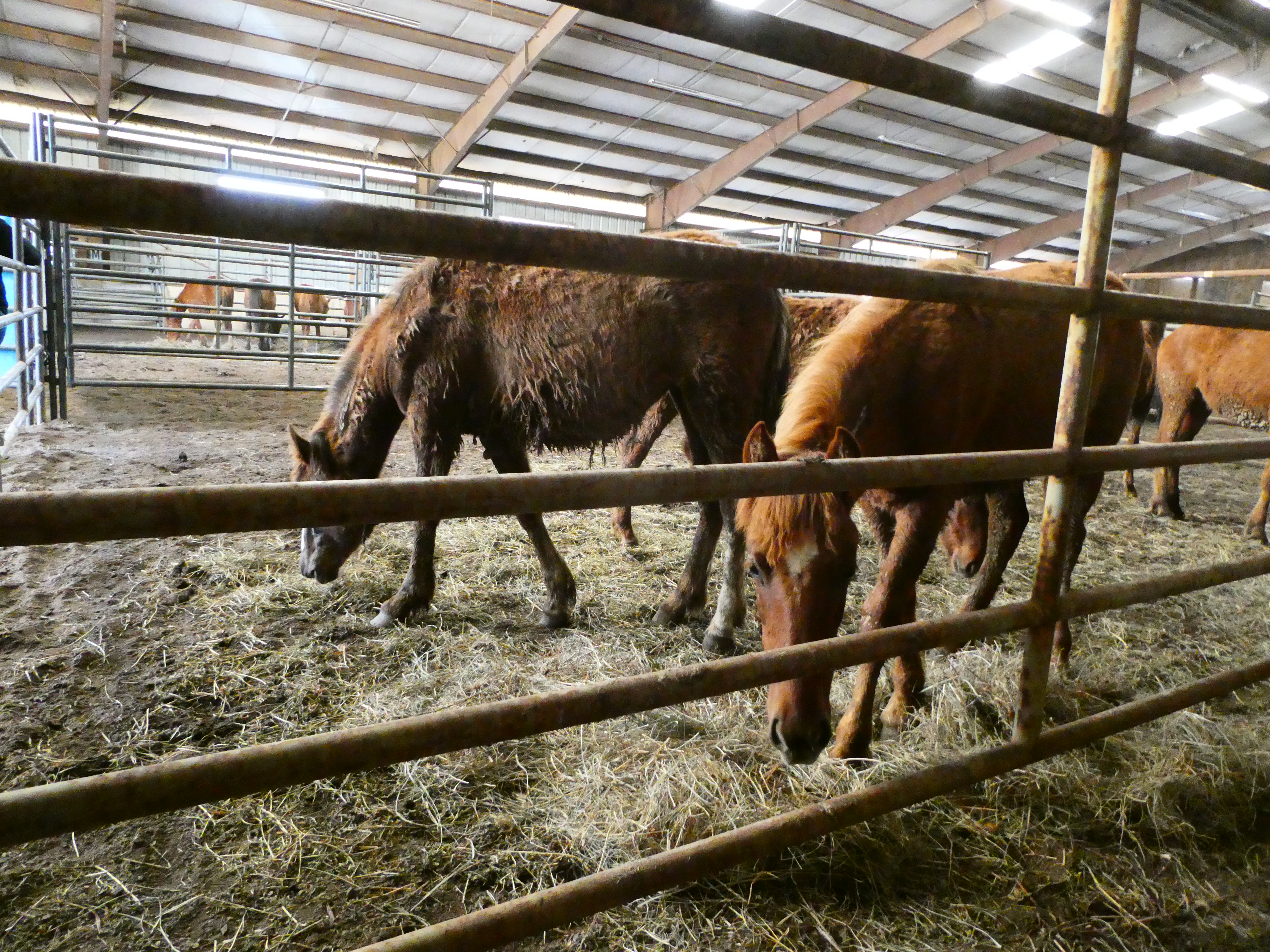 (April 12, 2022) On Friday and Saturday, April 8th and 9th, the Bureau of Land Management (BLM) held an adoption and sales event at the Hillside Equestrian Center in Wolcott, Connecticut.

Although the BLM advertised that approximately 75 wild horses and burros would be available for sale or adoption, only 64 horses were offered for adoption. All were eligible for the Adoption Incentive Program (AIP), but, according to the BLM, many adopters did not enroll in it. Ten horses were being picked up after being adopted earlier through an online auction. The standard adoption fee was $125.

All of the horses were removed from their Herd Management Areas – their federally-designated habitats – via brutal helicopter roundups.  Most were from Nevada and Utah. A handful were from Idaho and Wyoming.  About one-third of the horses in the 10 pens were weanlings, and the other horses ranged in age from 2 to 12 years old.

The vast majority of the horses had good body condition scores. However, many of the weanlings were covered in mud, and their coats and manes were tangled in dreadlocks.  One weanling also had an injured eye. The BLM reported that a veterinarian had examined it, ointment was being applied, and she would be returned to the Ewing Wild Horse and Burro Off-Range Corral in Ewing, IL for further treatment. 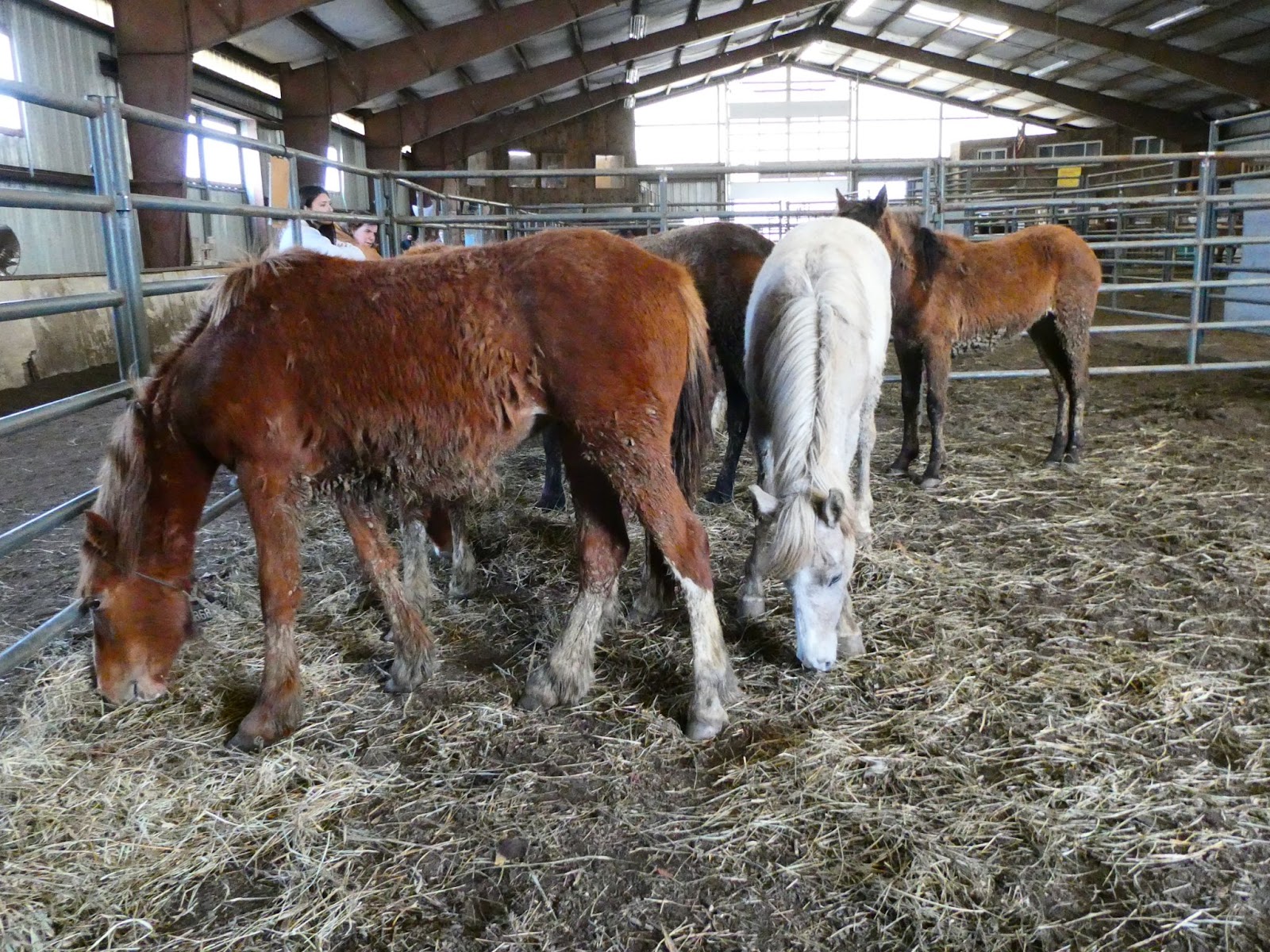 Fortunately, unlike some recent BLM adoption/sale events, such as the one in Okeechobee, Florida in February, the loading of the horses onto their adopters’ trailers was uneventful. BLM personnel seemed experienced and were patient with the horses, and the loading chute was well-designed. 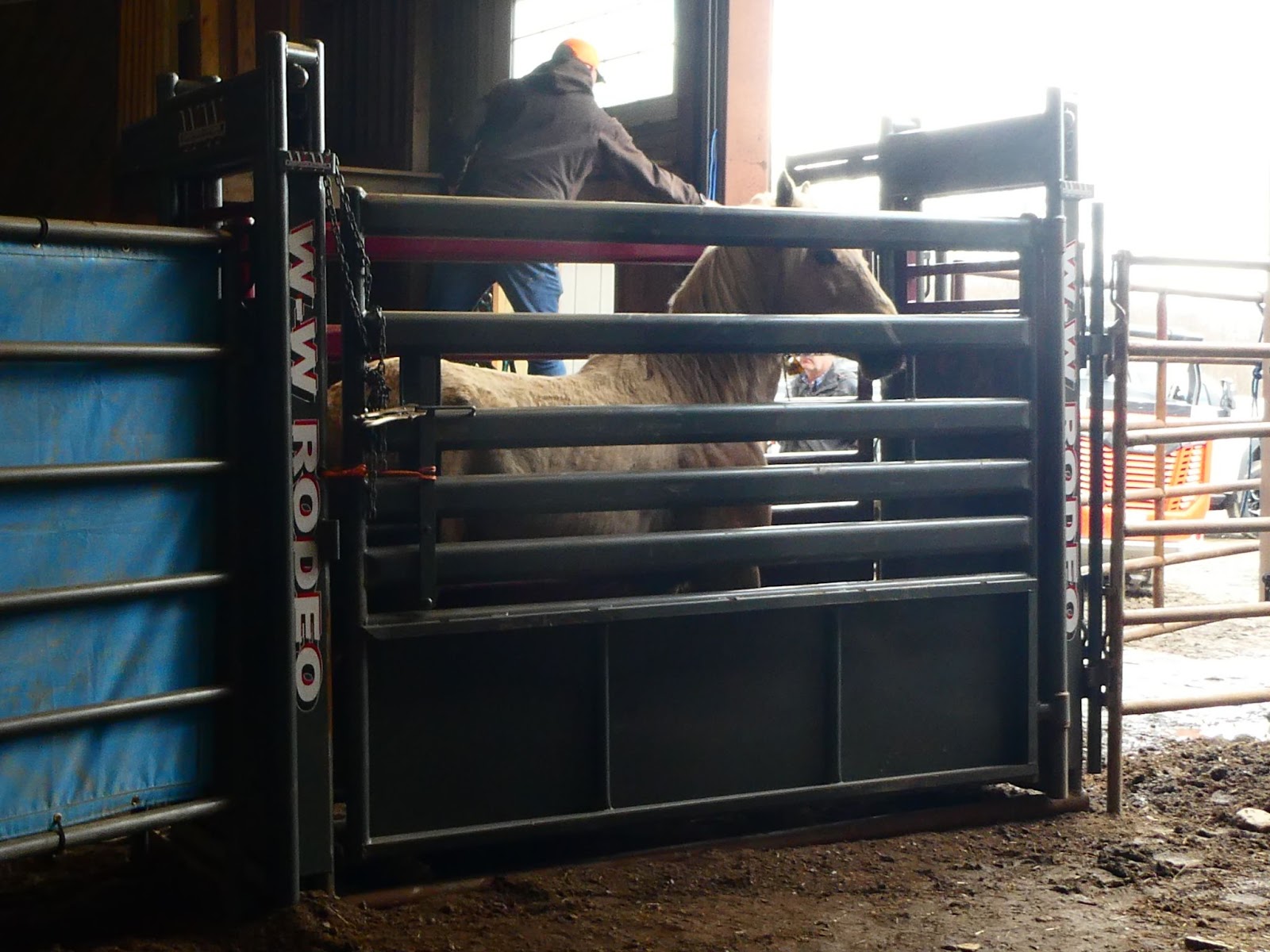 The BLM reported that 47 of the 64 horses were adopted.

Any horses who were not adopted will be returned to the Ewing corrals where they will be available for adoption. Thanks to the BLM’s “Three-Strike” rule, if a horse is unsuccessfully offered for adoption three times, he/she becomes a “Three-Strike Horse” and is available for sale for $25 – no matter his/her age. This means that title is immediately transferred to the buyer, and there is no follow-up compliance check on the welfare or whereabouts of the horse, both of which increase his/her chance of ending up in a kill pen.

That said, according to AWHC’s ongoing investigation into the AIP, adoption does not guarantee a happy home. The AIP is a federal program that offers people $1,000 to adopt an untamed  BLM wild horse or burro.  But AWHC’s investigation has documented “truckloads” of wild horses and burros ending up in slaughter auctions after adopters pocketed incentive payments from the BLM.

The BLM has since made some changes to its AIP, such as conducting compliance checks six months after the adoption instead of one year, but AWHC maintains that they do not go far enough to protect America’s wild horses and burros from ending up in the slaughter pipeline.