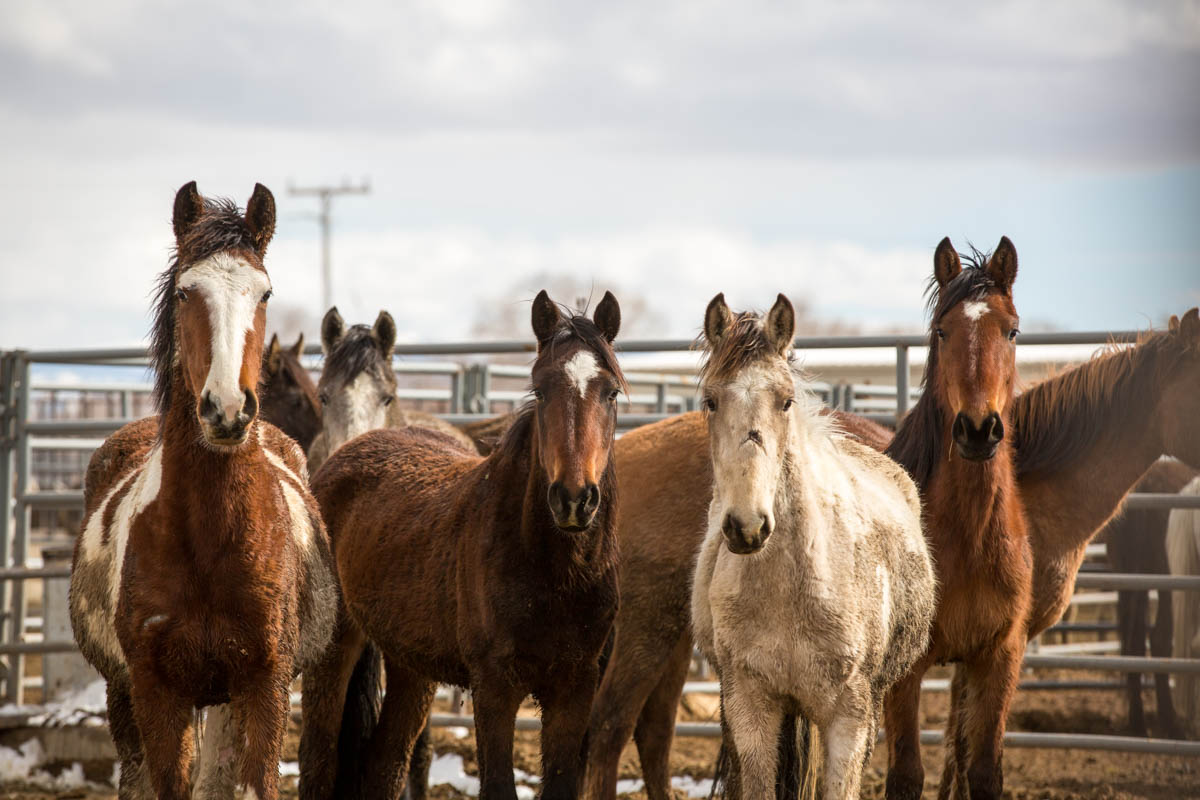 (WASHINGTON, DC) May 26, 2021 -- Today, U.S. Senator Dianne Feinstein (D-CA) called on the U.S. Department of the Interior to suspend the Bureau of Land Management’s (BLM’s) wild horse and burro Adoption Incentive Program, citing reports by the New York Times and the American Wild Horse Campaign that federally-protected animals adopted through the program have been sold at slaughter auctions.

The influx of wild horses and burros at slaughter auctions and kill pens was highlighted earlier this month in a Times exposé, which was based on a months-long investigation conducted by AWHC and its coalition partners, Evanescent Mustang Rescue, Skydog Sanctuary and Black Hills Wild Horse Sanctuary.

“I write with great concern regarding the attached New York Times article, which indicates that the Department of the Interior’s Bureau of Land Management (BLM) Wild Horse and Burro Adoption Incentive Program has provided federal incentive payments to adopters who abandoned these animals at slaughter auctions,”said Senator Feinstein in her public letter. “I strongly urge BLM to immediately suspend this program and conduct a thorough investigation to ensure federal funds are used to protect wild horses and burros against abuse, neglect, or slaughter, as intended by Congress.”

“We are grateful to Senator Feinstein for her steadfast support for wild horse protection and opposition to horse slaughter," said Holly Gann Bice, Director of Government Relations for the AWHC. "We join the Senator in calling for an immediate suspension of the AIP program and we are urging the Interior Department to suspend the Trump Administration accelerated roundup program that is fueling the slaughter of America’s iconic mustangs and burros.”

The program pays individuals $1,000 apiece to adopt a wild horse or burro; according to the report, adopters are pocketing the $1,000 payment, then selling the horses to slaughter auctions. Although the adopters sign a contract agreeing not to sell horses or burros for slaughter, the agency is not attempting to enforce those contracts. Groups of related individuals are adopting four horses or burros each (the BLM’s per-adopter limit), then dumping them at kill pens, collecting $30,000 or more in incentive payments and sale fees. The investigation also found disturbing abuse and severe neglect of wild horses and burros by AIP adopters who were unwilling or unqualified to provide proper care.