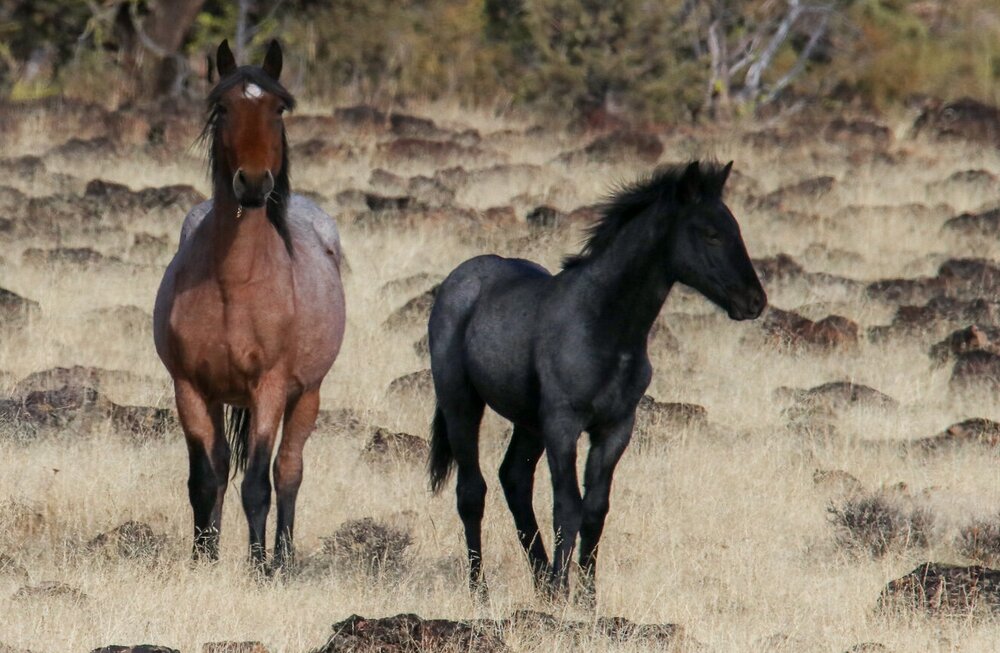 (July 14, 2022) During its “2022 Gather Planned – Motorized Equipment Hearing” held on Tuesday, July 13th, the US Forest Service (USFS) announced that it would be conducting a helicopter roundup that will target 500 Devil’s Garden horses this fall.

With this operation, the Forest Service is on track to remove 2,943 wild horses from the Devil’s Garden Wild Horse Territory (Territory) in five years.  The Territory, comprising 258,000 acres, is located in the Modoc National Forest in northeast California.

The roundup and removal is scheduled to begin in early to mid-September and last between 30 and 45 days.  The contractor will be announced in a few weeks after the Forest Service has reviewed all the solicitation bids.

The Appropriate Management Level for the Devil’s Garden herd is between 206 and 402 horses.  In 2020, a Forest Service census estimated that there were 1,902 horses. This spring’s census put the number at 1,205 horses.

While the Forest Service maintains the removals are necessary to protect the range, the real reason is to appease the Modoc County Farm Bureau and local ranchers who graze their livestock on the Territory – thanks to taxpayer subsidies.

Thirty-six participants attended the virtual meeting. About 20 submitted comments, all of them opposing the roundup and removal of these federally-protected wild horses from their federal-designated habitat.

One participant asked the Forest Service several questions regarding the roundup and its aftermath, including how it determined the number of horses to be removed, what is the current capacity of the agency’s Double Devil Wild Horse Corrals, what Bureau of Land Management (BLM) facility would the excess horses be shipped to, and how many horses from previous roundups are still at Double Devil.

Forest Service officials refused to respond, stating that the hearing was restricted to comments on the use of motorized vehicles.

However, they did state that the agency was' working on a National Environmental Policy Act (NEPA) analysis of the excluded Middle Section of the Territory and an unspecified fertility control program.  After AWHC and other wild horse advocacy groups sued the Forest Service, the U.S. Court of Appeals for the District of Columbia Circuit found in 2017 that "the agency unlawfully 'swept under the rug' two decades of forest management policy that included the middle section and failed to adequately consider the environmental impacts of its decision.”

According to AWHC Freedom of Information Act requests, the last four removals resulted in hundreds of horses losing their lives during the roundups and in the care of the Forest Service and BLM after the operations, including two weanlings who were killed by a mountain lion in their pens and four colts who died after being eviscerated during gelding at Double Devil last fall.  The cost for each of these operations – at minimum $1 million, once again paid for by American taxpayers.

During the meeting, AWHC requested that the Forest Service change course and call off this year’s roundup and removal.  Instead. we asked that it impose a moratorium on all removals of Devil’s Garden’s wild horses; manage the remaining Devil’s Garden horses in the wild with PZP fertility control program and reallocation of forage resources away from subsidized livestock to maintain the current wild horse population; implement range land improvements; and develop a Comprehensive Animal Welfare Program.