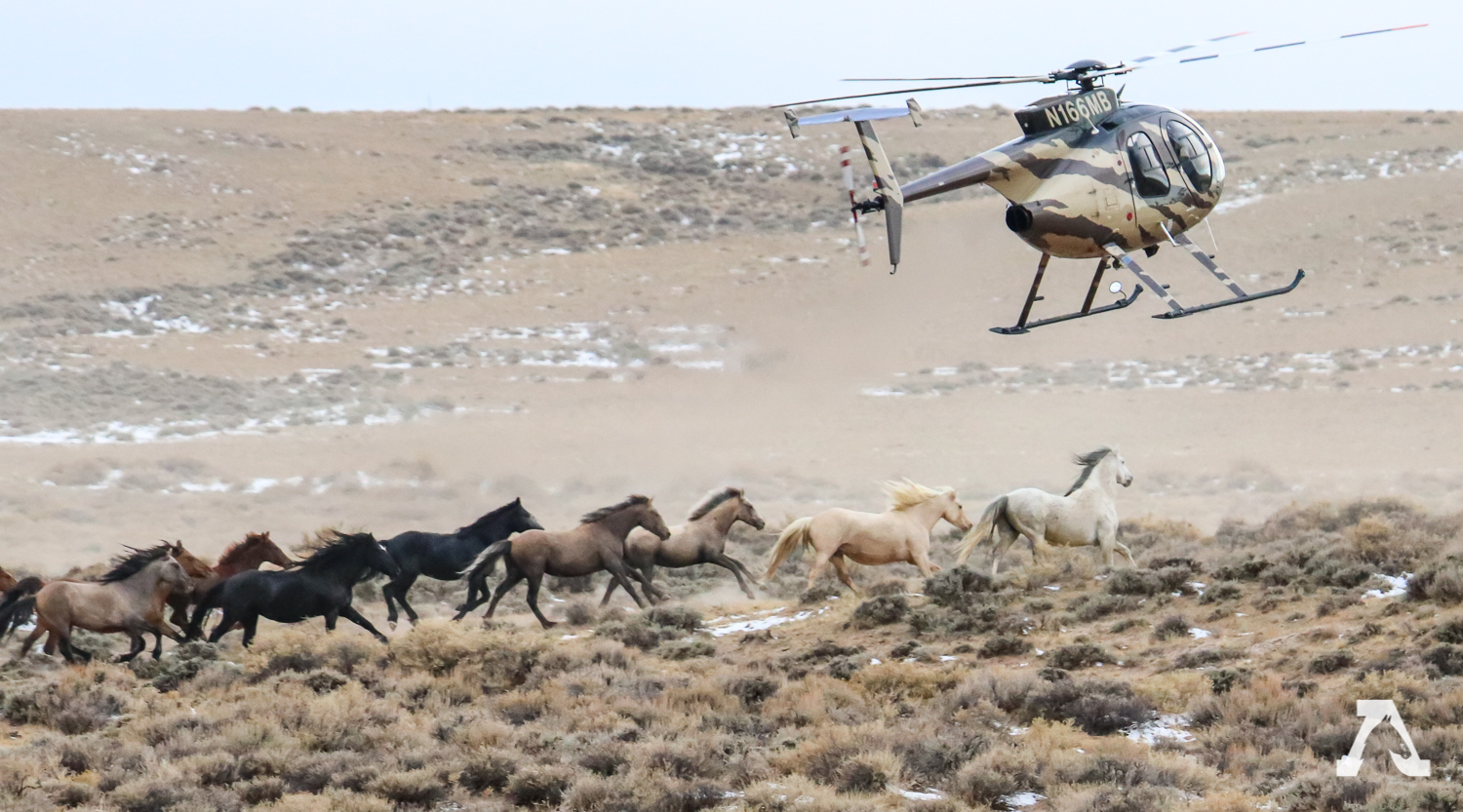 Legislation continues protections from slaughter for another year

WASHINGTON (December 21, 2020) The American Wild Horse Campaign (AWHC) expressed disappointment today over the just-released Fiscal Year 2021 appropriations omnibus, which failed to include an important, bipartisan wild horse protection amendment passed by the House of Representatives this summer. The amendment would have directed the Bureau of Land Management (BLM) to spend at least $11M of the annual operating budget for its Wild Horse and Burro Program to implement a humane fertility control management program using the proven immunocontraceptive vaccine, PZP. Instead of specifying funds for fertility control, the final bill adds $14.2 million to the BLM’s unsustainable roundup program.

On the positive side, according to AWHC, the bill does continue long-standing anti-slaughter provisions for another fiscal year. These include a ban on the killing and slaughter of federally-protected wild horses and burros and language to defund USDA horse meat inspections, which effectively prevents horse slaughter plants from operating in the U.S.

“As we head into 2021, we are grateful that Congress continues to affirm the value of wild horses and burros and the need to protect them and all American horses from slaughter,” said Suzanne Roy, Executive Director of AWHC.  “However, Congress again missed the opportunity to specifically mandate that the BLM implement PZP birth control as an alternative to the cruel and costly roundup and penning of wild horses, which has accelerated under the current Administration.”

In a nod to the building political support in the House and Senate for fertility control, the final spending bill does include advisory language calling on BLM to “include a robust expansion of fertility control utilizing methods that are proven, safe, effective and humane.”

“We hope that under the leadership of Secretary of Interior designate Deb Haaland, the BLM will change course from its current reliance on unsustainable and inhumane mass roundups and instead ensure that the additional funding that BLM has been given is directed toward comprehensive on-range fertility control programs across the West,” said Holly Gann, Director of Government Relations for AWHC. “We also look forward to working with the new House Appropriations Chair Rosa DeLauro to build on this groundwork in the Fiscal Year 2022 to achieve meaningful progress toward humane management of America’s wild herds.”

AWHC vowed to continue its work in Congress to address the BLM’s failure to utilize humane fertility control and fight the BLM’s plan to roundup and remove as many as 90,000 wild horses and burros from public lands over the next five years at a cost of nearly a billion dollars. With no guarantee of funding for the lifetime care of wild horses and burros removed from public lands, the BLM’s plan will increase the risk of mass slaughter of these American icons, something that 80 percent of Americans oppose. Currently, 71% of the BLM’s budget is spent on roundup, removal, and warehousing wild horses while less than 1% on safe and humane fertility control vaccines to curb population growth on the range.

The American Wild Horse Campaign just announced that its own fertility control program for wild horses in Nevada’s Virginia Range reached an unprecedented milestone, surpassing 3,000 treatments administered to mares in under two years, making it the largest free-roaming horse fertility control program in the world, according to the Science and Conservation Center.  The program has gained attention from federal lawmakers as a more humane and cost-effective approach than the outdated practice of cruel and costly roundups and removals.