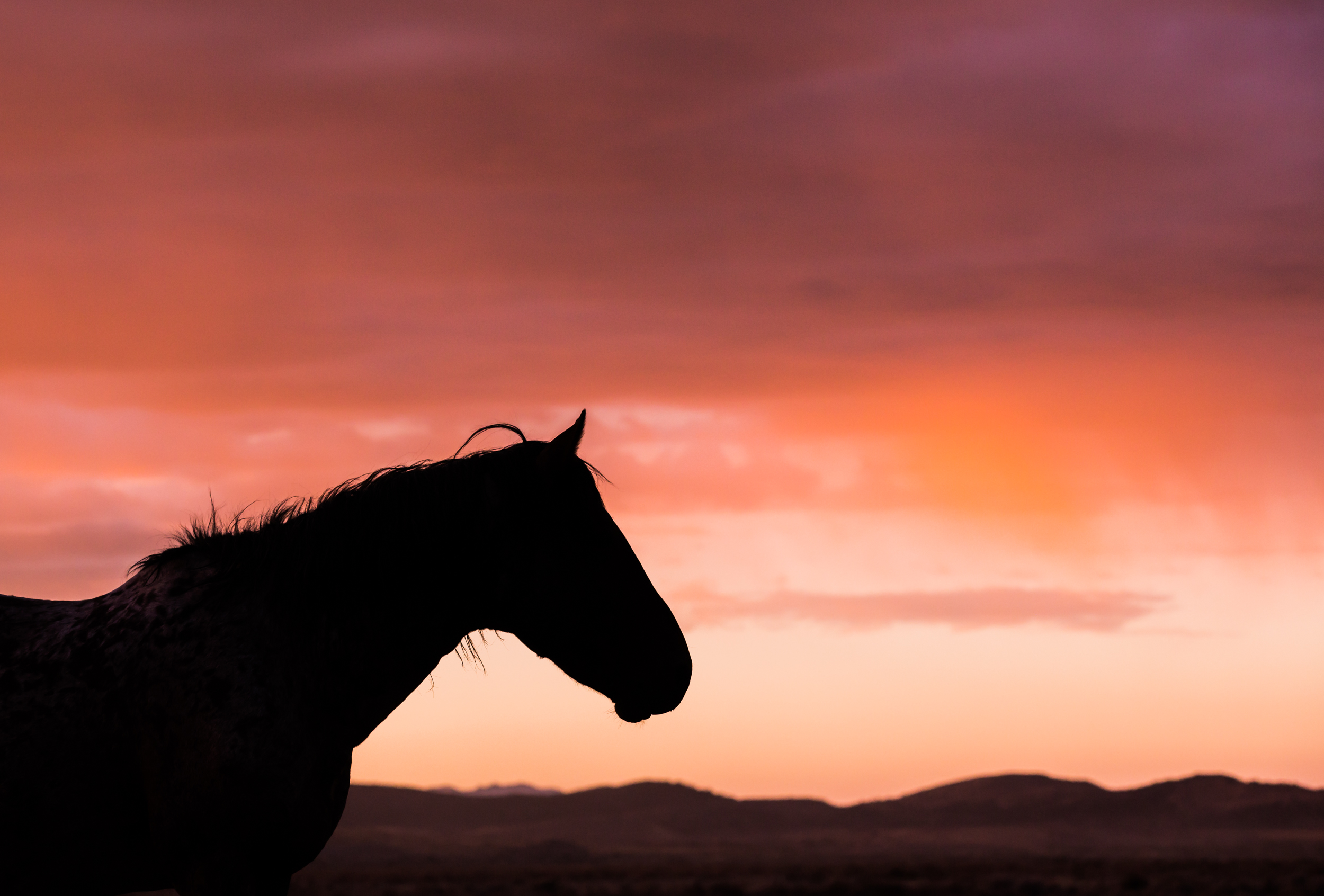 (WASHINGTON, DC) April 19, 2021...The U.S. Bureau of Land Management (BLM) is dropping plans to conduct inhumane sterilization surgeries on wild mares in Utah, and the American Wild Horse Campaign (AWHC) is again declaring victory in its legal effort to block the government from conducting the controversial procedure. Government lawyers informed the group’s attorneys of the decision this morning as part of AWHC’s current lawsuit against the BLM. It’s the third time that AWHC’s legal action has blocked the BLM from proceeding with the controversial surgeries -- called ovariectomy via colpotomy, conducted to manually sever and remove the ovaries of female horses (mares).

“We are pleased that the Interior Department has dropped the previous administration’s barbaric plan to subject wild horses in Utah to this risky, painful, and invasive sterilization. The decision bodes well for humane and science-based decision making under the leadership of Interior Secretary Deb Haaland,” said Brieanah Schwartz, director of policy and litigation for AWHC.

Schwartz noted that, as a member of Congress, Haaland signed on to a letter spearheaded by AWHC and the Animal Welfare Institute, and endorsed by 57 other members of Congress, calling on the BLM to drop plans to conduct the sterilization surgeries. As a member of Congress, she also co-authored an amendment to last year’s Interior appropriations bill to fund the implementation of scientifically-recommended PZP fertility control as an alternative to mass roundups and removal of these iconic animals from western public lands.

“We look forward to a new era of reform at the BLM toward true protection for America’s iconic wild horse and burro herds through humane, publicly-supported, and scientifically-recommended management policies,” Schwartz added.

AWHC and Utah citizen Robert Hammer filed suit in December in the U.S. District Court for the District of Columbia against the Interior Department to stop the BLM from implementing the ovariectomy via colpotomy sterilization surgeries. The lawsuit was filed on behalf of AWHC by Eubanks and Associates, a top national public interest environmental law firm.

“The BLM’s decision to abandon its plan to subject recently gathered Confusion mares to dangerously brutal surgical sterilization is welcome news,” said Robert Hammer, a local photographer, and plaintiff in the case. “I had high hopes that Secretary Haaland’s appointment to lead the Interior Department would ultimately shift BLM wild horse and burro management policy in a more humane direction, but did not expect to see evidence of this shift so soon.”

Government counsel has asked for a 60-day stay to finalize its position with the court. The agency’s decision to again drop the procedure will be finalized in the next few months.

The American Wild Horse Campaign (AWHC) is the nation’s leading wild horse advocacy organization, dedicated to defending America’s wild horses and burros to protect their freedom, preserve their habitat, and promote humane standards of treatment. AWHC currently implements the largest wild horse fertility control program in the world for a population of 3,000 state managed free-roaming horses in a 300,000-acre habitat in Northern Nevada.