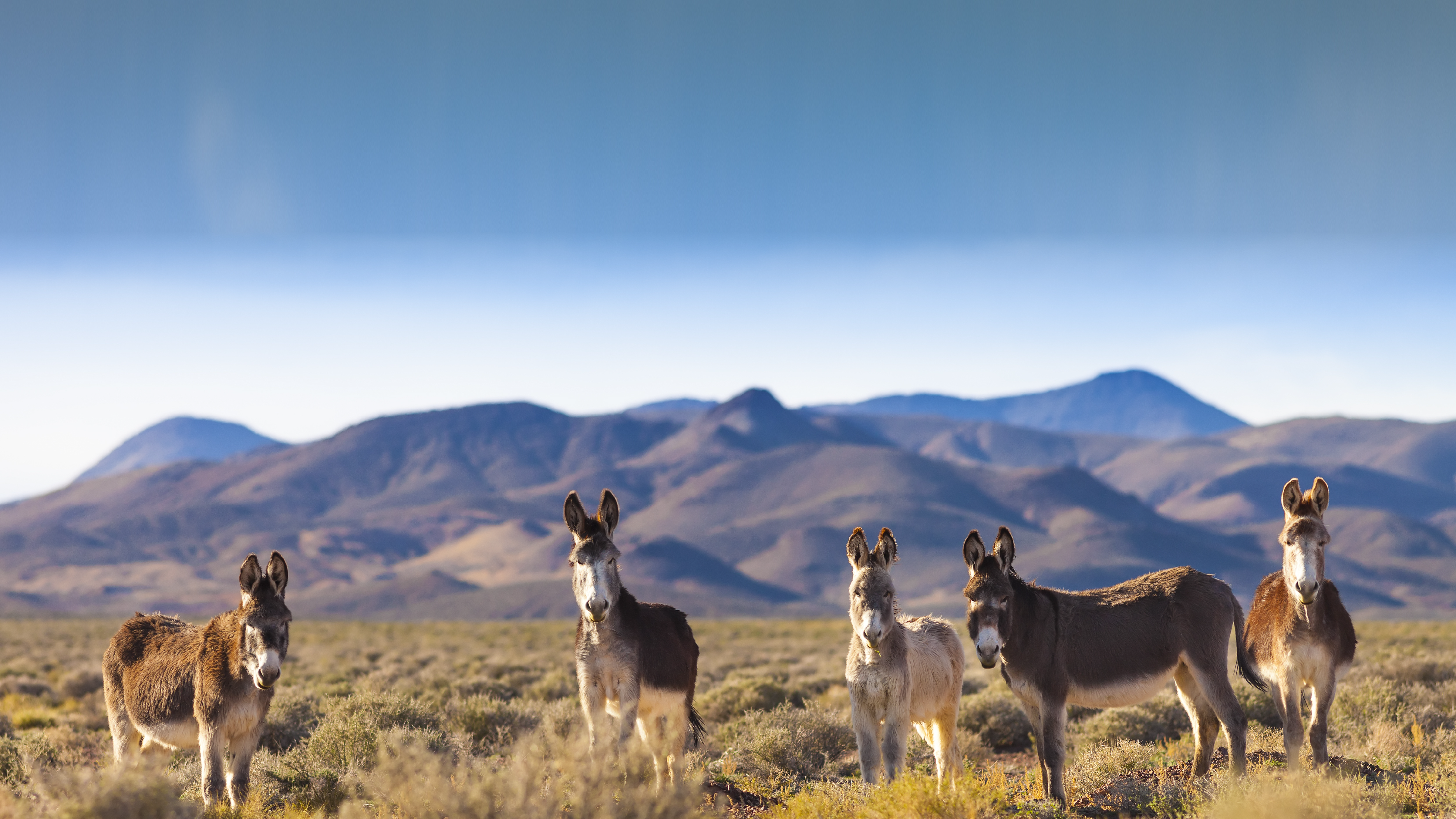 Something is terribly wrong in burro country. The BLM, the US Forest Service, and the National Park Service have long treated the long-eared equids with disregard and deliberate misinformation campaigns. Cattle grazing, road-building, big game hunting, gold and lithium mining and other commercial uses erode their habitat and damage their access to water.

The Wild Free-Roaming Horses and Burros Act (WFRHBA) of 1971 directs federal agencies to preserve wild burros and horses as an “integral part” of the public lands on which they roamed in 1971 in order to halt their precipitous decline. DOI’s first census in 1974 found only 15,000 wild burros roaming public rangelands. Today, stating the same number of wild burros remain, the BLM plans to reduce them to an “appropriate management level” (AML) of 2700. There is no justification for eradicating burros from their federally designated lands. None. At all. 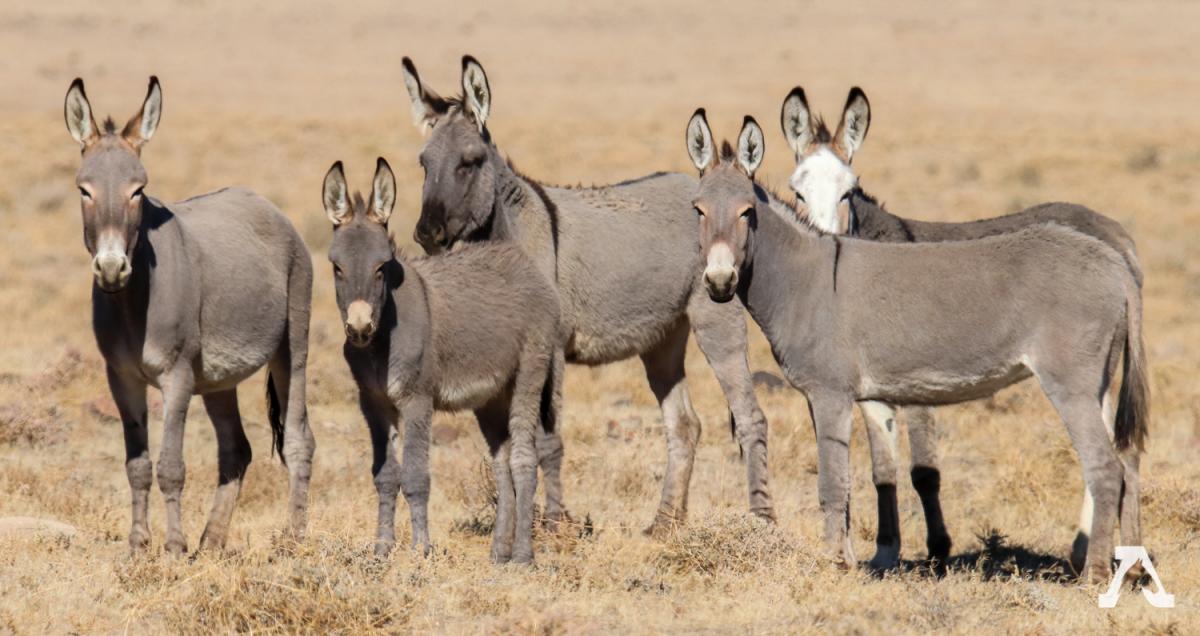 The National Academy of Sciences 2013 report on the BLM’s Wild Horse and Burro Program found BLM removals were dangerous for wild burros, whose populations were already small, fragmented, and at risk of inbreeding. The NAS warned, “removing burros permanently from the range could jeopardize the genetic health of the total population.” Its study found no science-based rationale for the BLM’s AMLs allocating forage. Leading equine geneticist Gus Cothran recommends a minimum AML of 150-200 wild equids to maintain genetic variability. Of the 29 Herd Management Areas (HMAs) with wild burros, only 3 comply with this standard. 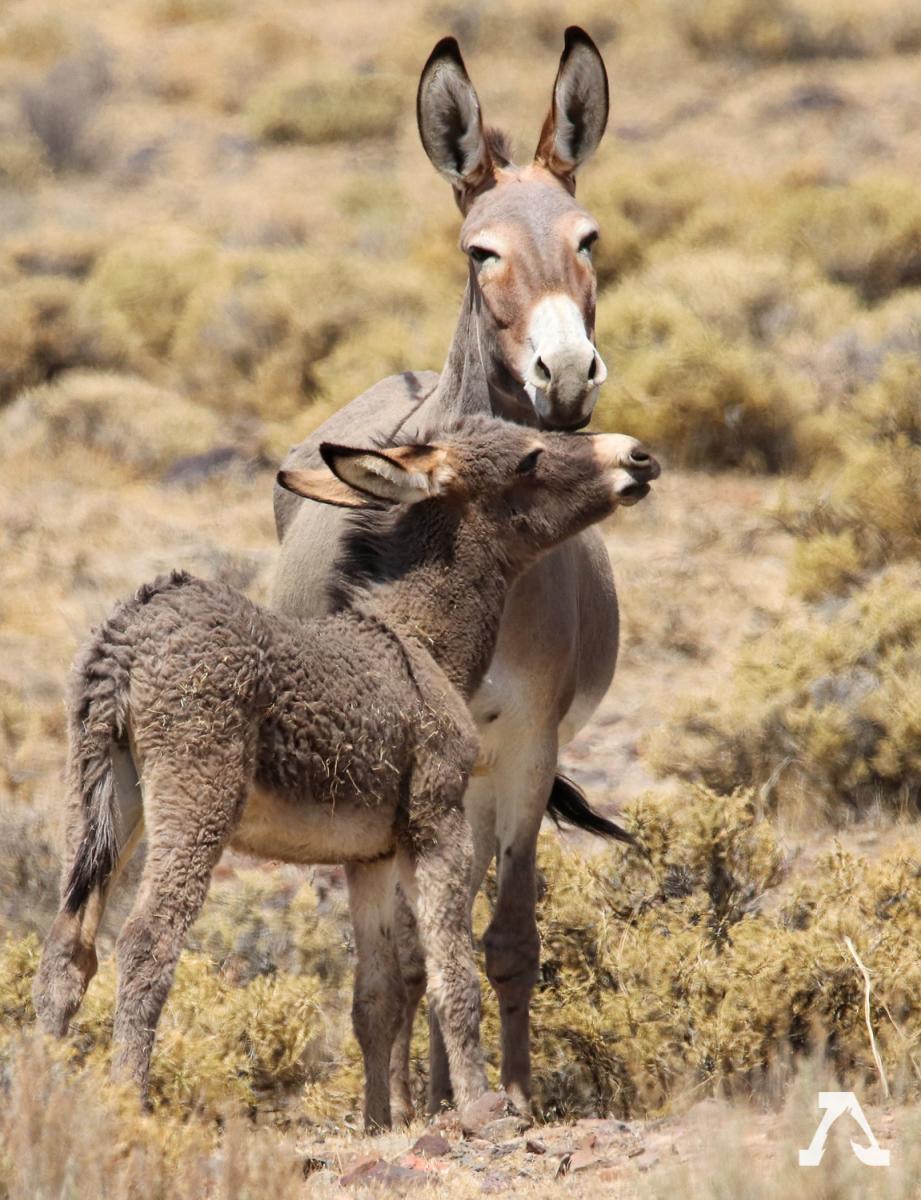 The Bureau claims that overpopulation of burros endangers its goal of a “thriving natural ecological balance.” There is no evidence that burros reproduce to excess or destroy fragile habitat. Yet the myth persists, because of ignorance, greed, and land-grabbing narratives fostered by Big Ag, Big Extraction, and Big Game permittees. Ranchers whose subsidized livestock grazing degrades public lands seek a scapegoat. Mining, oil and gas interests pushing for further encroachment on federal lands view protected burros as obstacles, or as potentially dead witnesses to toxic leeching.

Public Employees for Environmental Responsibility (PEER), Western Watersheds Project and GAO have consistently pointed out that the BLM unfairly targets scattered wild horse and burro herds, while intentionally ignoring the impacts of millions of cattle and sheep permitted to graze on public lands. In a 2021 survey, PEER found that three-fourths of BLM staff do not believe their agency prioritizes resource protection or uses best available science in making decisions.

The BLM’s derision is matched by the US Forest Service and the National Park Service.  NPS, in campaigns to rid the Grand Canyon and Death Valley of wild burros that were part of the lands for hundreds of years, claimed they were alien to the desert ecosystem.  Nothing could be further from the truth or the law.

Burros are vital links in the delicate desert ecology.  Their presence and behavior benefit a multitude of wildlife. They browse on coarse vegetation, keeping fire-prone bushes and invasive grasses in check. They have what researcher Dan Rubenstein calls a “facilitative relationship” with other life forms, since they do not fully digest seeds, but spread them. In Western deserts, biologist Erick Lundgren discovered burros digging wells a meter or two deep that enable dozens of vertebrate species to access scare water resources.  Lundgren notes that these equid wells, often the only water in drought-stricken lands, become “vegetation nurseries” that help counter aridification.  The results of his research mapping equid ”water engineering” in the Mojave and Sonoran deserts was just featured in Science magazine.

Time to Speak Up

This is Burro Awareness Month. Let’s tell every official with a say on public lands to halt wild horse and burro roundups and support a serious Congressional investigation of the BLM’s broken, corrupt management practices. The 1971 Wild Horse and Burro Act mandates federal land agencies to manage wild equids humanely, not to torment them with roundups and dubious adoptions, shrink their habitat and eject them from their designated homes. The Black Mountain HMA should be designated as a Wild Burro Range, retiring livestock and allowing the land to replenish. This would fulfill a key goal of the Administration’s 30x30 climate plan.

We can’t allow burros’ plaintive brays in the desert to fade to nothing. They deserve an astronomical voice raised for respect, rule of law, and change.

Charlotte Roe is a wild burro and mustang guardian and an advisor to The Cloud Foundation.