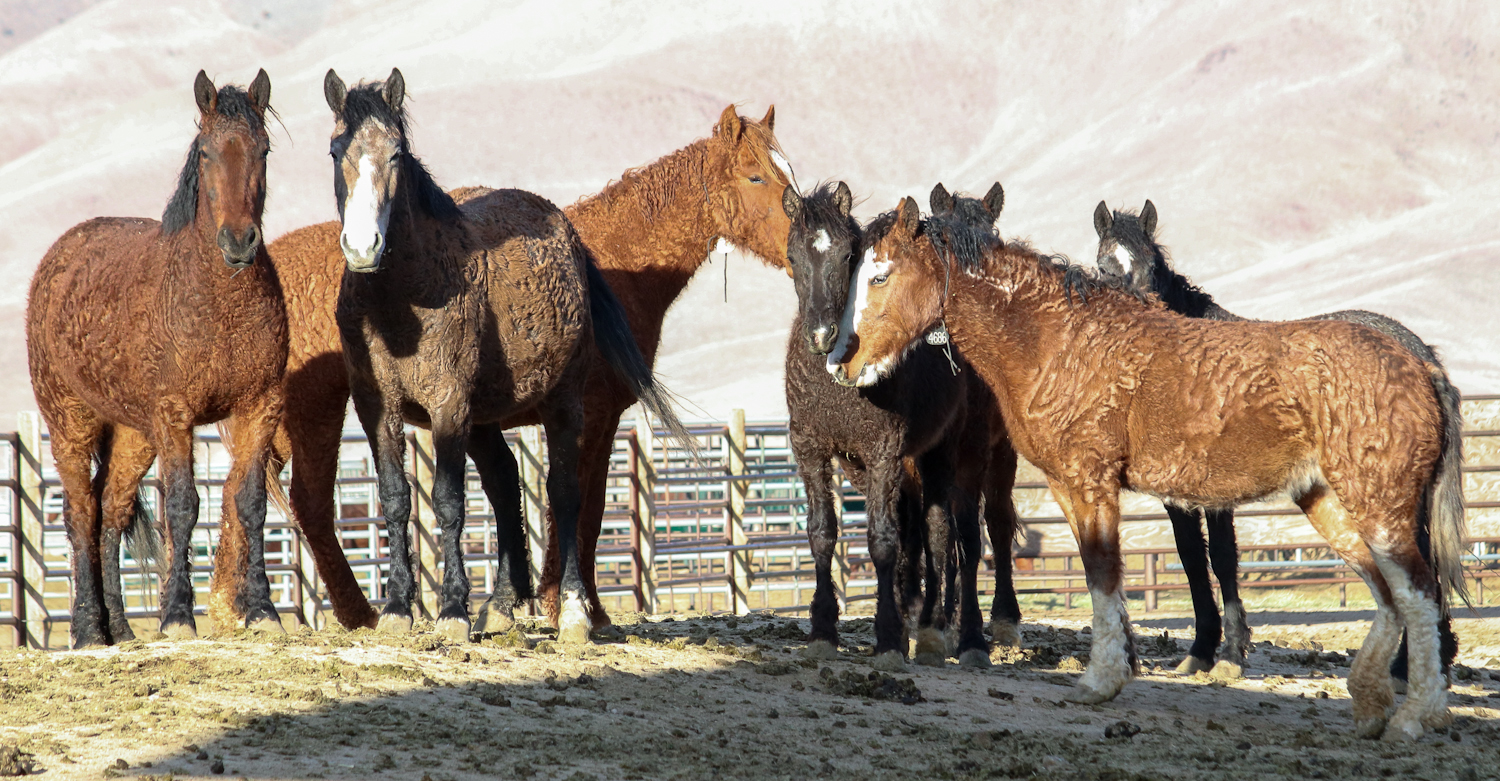 Our blog series, Herds Across the West, examines wild horses and burros by herd, Herd Management Area (HMA) and state to provide a deeper understanding as we report on roundups and actions affecting each region.

The Fish Creek Herd Management Area (HMA) is a mountainous range encompassing Fish Creek Range, the Mahogany Hills, and the Antelope Ranges. Located just a few miles south of Eureka, the HMA is 25 miles long and 28 miles wide and encompasses 250,244 acres of Bureau of Land Management (BLM) land and 2,527 acres of a mix of private and other public lands, totaling 252,771 acres. 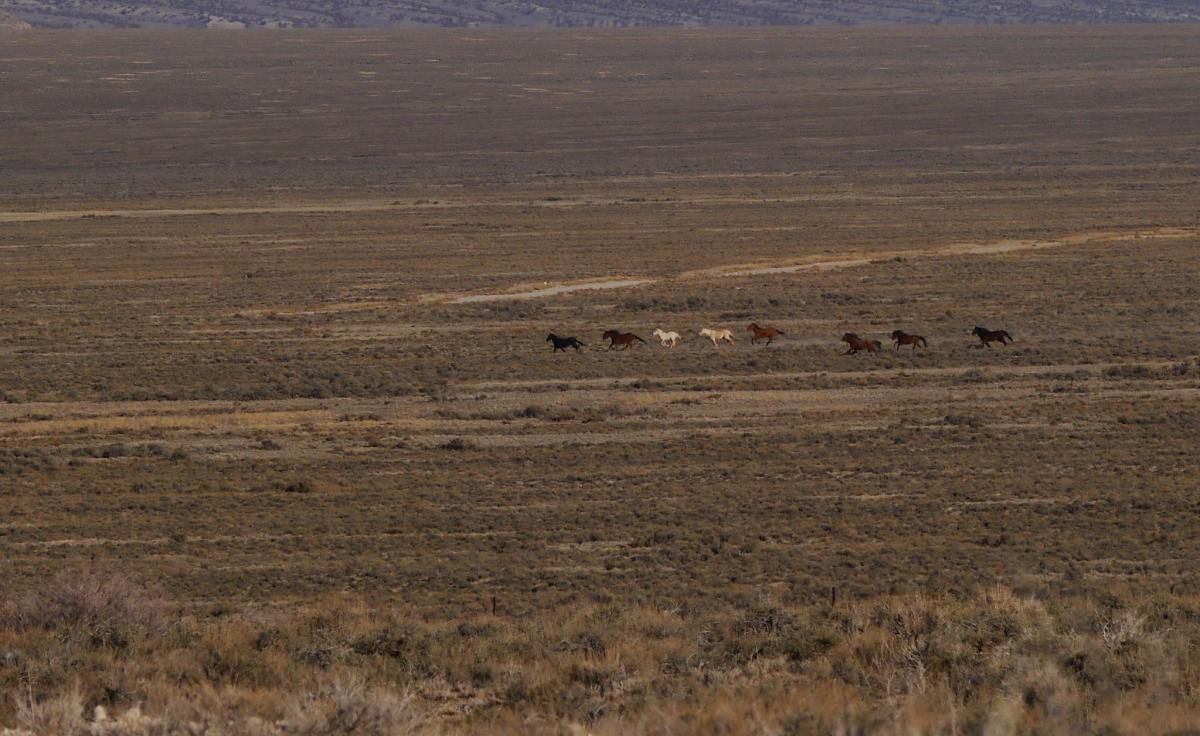 This HMA is one of the few HMAs with curly horses. These horses are characterized by their long curly winter coat, and curly manes and tails. The curly horses are the only hypoallergenic horses! How the curly horses evolved and arrived on the American plains is one of the world's greatest mysteries. These special horses have been documented in Asia as early as 161 AD, they also have been present in Native American legends, particularly in the Sioux legends. The Sioux legend says the curly horses appeared to the people as “big red dogs.” It continues on to say, the Sioux Native Americans had not seen horses before, much less curly horses, so they thought they were very, very big dogs! In fact, the Sioux word for horse is sunka wakan (pronounced shoon-cah-wah-kawn) means Holy Dog.  P.T. Barnum also wrote about obtaining and showing a curly horse in his autobiography in 1848.

These horses have roamed the American Plains for as long as history dictates. Seeing them in the wild, where they belong, is a sight for sore eyes. 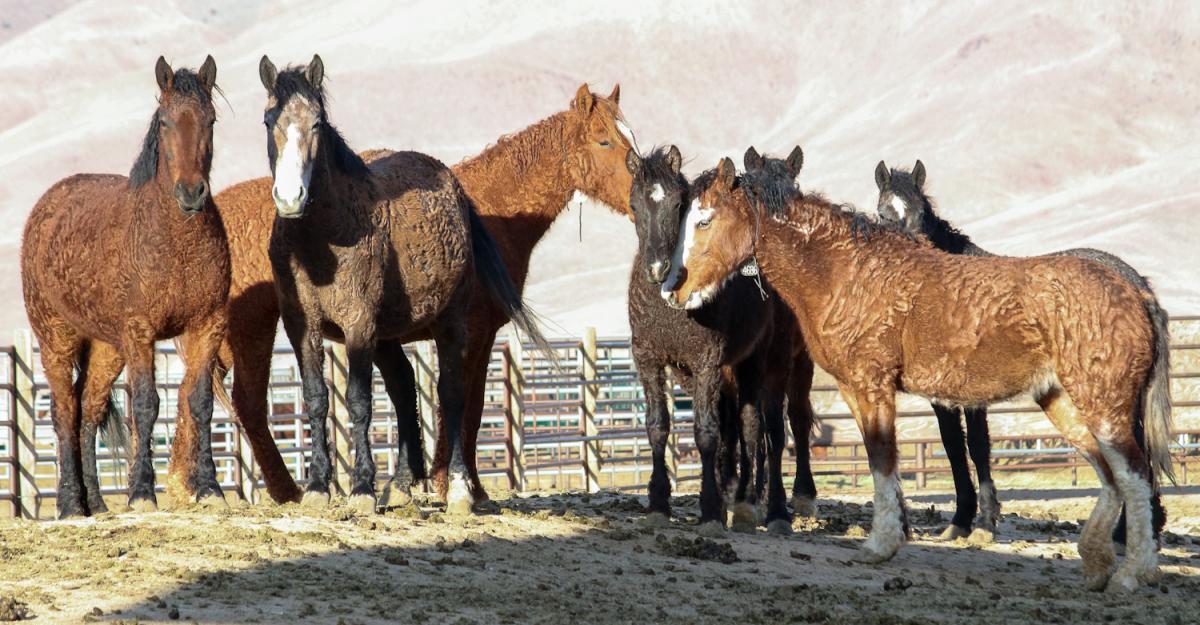 In 2019, there was a round-up in the Fish Creek HMA. The goal of this round-up was to round-up approximately 600 wild horses from the area. The Bureau of Land Management (BLM) justified this removal, claiming the horses were over AML and that there was a limited supply of water sources, leading the horses to be in poor body condition. The American Wild Horse Campaign (AWHC) field representative onsite said all the horses were in great body condition. 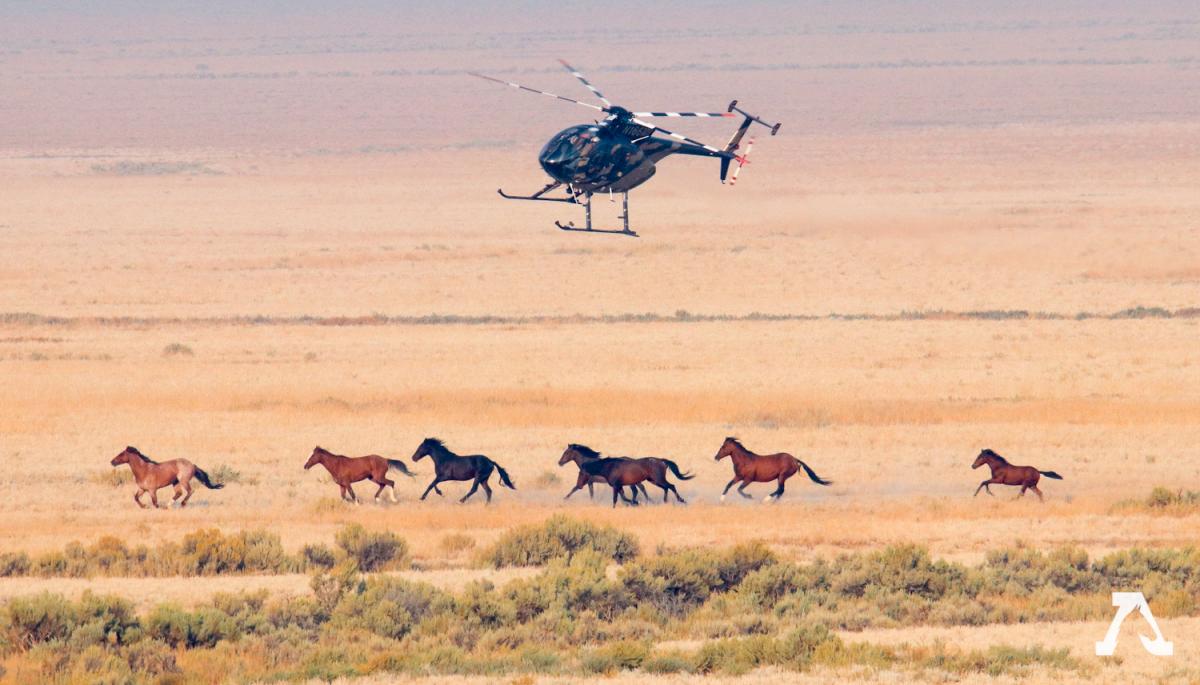 Over the course of 10 days, the BLM brutally chased a total of 558 wild families into traps, unwillingly trading in a life of freedom for one confined to pens, separated forever from loved ones. Despite claiming they would release approximately 50 wild horses with curly traits or horses over the age of 20 years, the BLM only released seven mares, treated with fertility control and 13 studs.