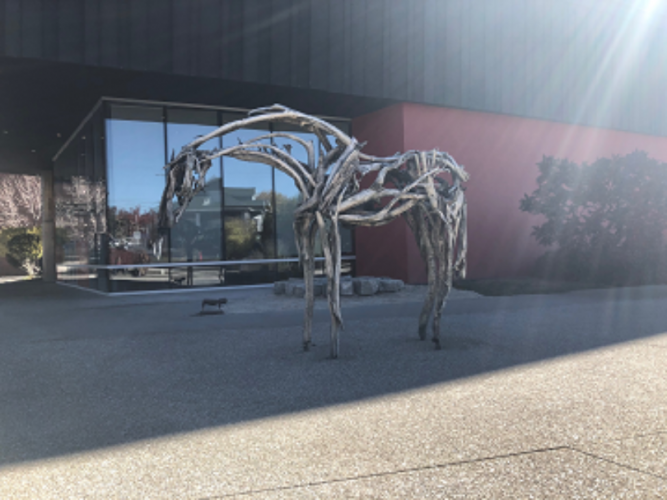 Scheduled for this Wednesday October 23 at 5:30, it promises scientists, sportsmen, ranchers and outdoor enthusiasts who say a bill working its way through Washington is a workable solution to keeping wild horse populations down, and protect Nevada’s public lands

“Well, it is what it would take to keep those populations down to a manageable number,” says Rebekah Stetson who organized the event.

The plan: remove up to 75% of the wild horses off the range and place them in facilities where they would be taken care of by the government.

Mares left on the range would be placed on birth control.

Stetson says the move is needed because the horses are damaging our wild lands with no relief in sight.

“The three things that plague public lands in Nevada the most are wild land fire, invasive species like cheat grass, and wild or feral horses and maybe burros also,” says Stetson.

At the Nevada Museum of Art, a forum to discuss wild horses and their impact on range land, and what this bill would do to the herds.

Stetson says scientists, outdoor enthusiasts, hunters, and ranchers will be part of the discussion in hopes of informing the general public about the benefits of the bill.

Stetson says she hopes to avoid emotional debates at the forum.

Instead she wants those in the audience to come away with enough information to contact our congressional leadership and let them know what they think of the measure moving through Washington.

“All the advocates across the country, and there are millions of us, were not consulted,’ says Deniz Bolbol with the Pine Nut Wild Horse Advocates.

Bolbol claims with such low levels, inbreeding of the wild horse will decimate the herds.

And she says the horses will beholden to yearly budgets and politics where there is no guarantee slaughter won't be the answer to the cost of maintaining the animals.

“The failed, the proven failed, roundup, remove and warehouse system that has been going on for the last couple of decades. But it is going to expand it, and exacerbate it,” says Bolbol.

The American Wild Horse Campaign will hold a press conference prior to the event at the Nevada Museum of Art.

Their event takes place at the Lake Mansion at 4;00 in the afternoon, where they say, the propaganda file, “Horse Rich, Dirt Poor” and the following forum are backed by hunting interests.

If you would like more information on the Nevada Museum of Art Event, go to Hot Topics.