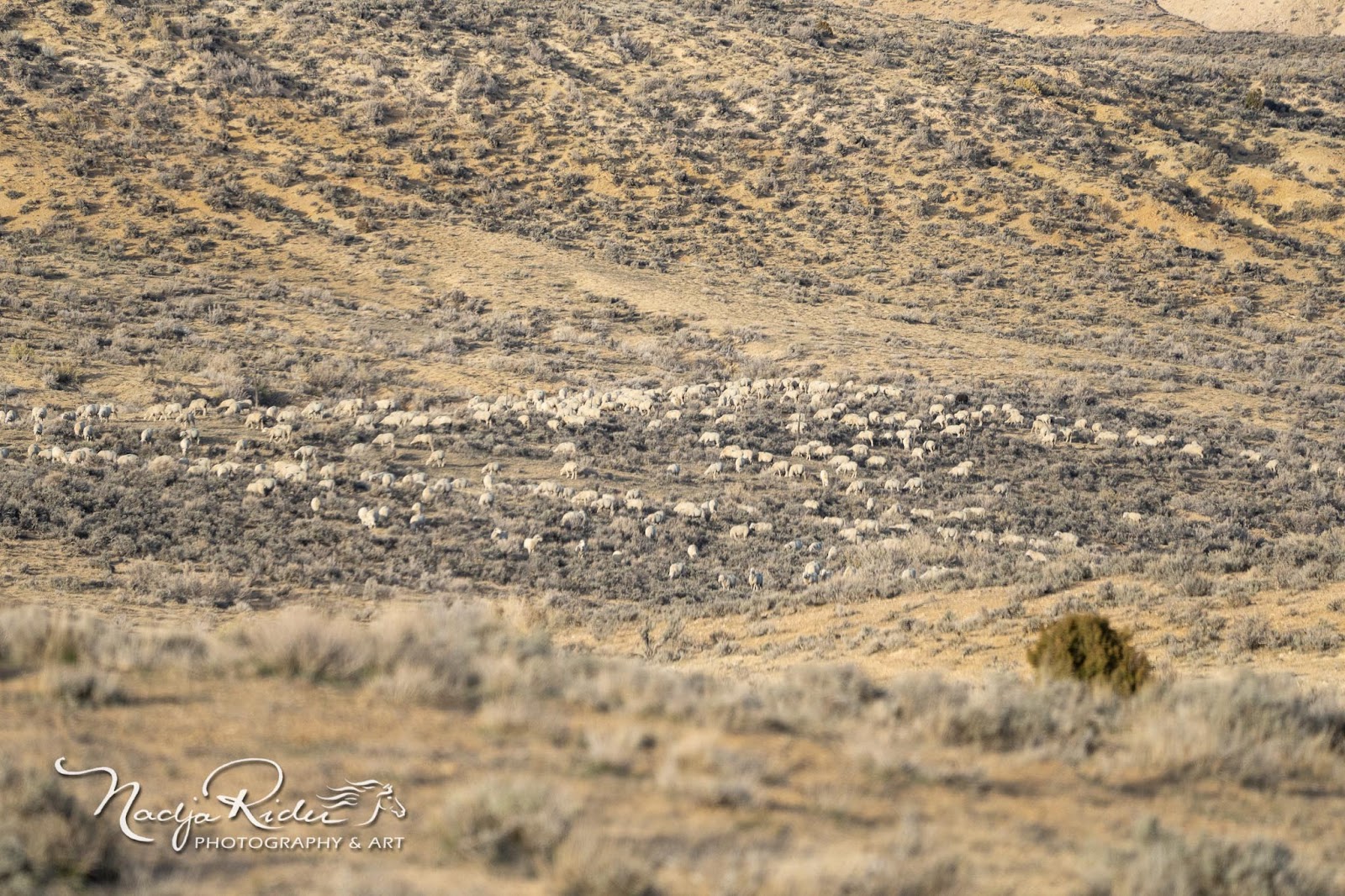 Photo taken on 11/6 by Nadja Rider

COLORADO (November 11, 2021): Wild horse and environmental advocates are demanding action after the Bureau of Land Management (BLM) allowed the release of 3,000+ sheep in the Sand Wash Basin Herd Management Area (HMA) less than two months after the agency used a drought emergency declaration to round up and remove 632 federally-protected wild horses there. The roundup, which decimated Colorado’s most iconic wild mustang population, was halted early amidst public outcry and intervention by Governor Jared Polis and First Gentleman Marlon Reis.

The American Wild Horse Campaign (AWHC) assailed the BLM for authorizing the turnout of domestic livestock in Sand Wash Basin after declaring the area too drought stricken to support the existing wild horse population. In August, AWHC called on the BLM to remove private livestock from public lands where the agency declared drought emergencies to justify the removal of 6,000 wild horses this summer and fall. Numerous environmental organizations, including the Sierra Club and the Sierra Club Colorado Chapter, have also called for the removal of livestock from wild horse habitat areas.

“It is unconscionable to invite hordes of commercial livestock to fatten up on public lands where Colorado’s wild mustang population has been decimated in the name of drought and forage protection. This is business, not conservation,” said Scott Wilson, Denver-based wildlife photographer and member of AWHC’s board of directors. “The BLM must immediately terminate sheep grazing in this area to protect the wild mustangs and other wildlife and the habitat that is essential to their survival.”

An estimated 3,000+ sheep are currently grazing in the HMA under a trailing permit, where they will create a swath of destruction on their way to their wintering grounds in Wyoming. Beginning on November 15, the BLM authorizes the turnout of as many as 5,500 sheep to graze in the Basin until May 15, mowing down forage -- including fragile spring growth -- on lands allegedly suffering from drought and lack of forage so severe as to justify the mass removal of federally-protected wild horses from the area.

“Under the guise of ‘severe drought,’ the BLM conducted a helicopter roundup and removal of  Wild Horses from their legally designated Herd Management Area. Now, they’ve permitted thousands of domestic sheep to exacerbate the supposed impact on the vegetation of Sand Wash Basin, vegetation that is legally prioritized for Wild Horses, said ecologist Delia Malone of the Sierra Club Colorado Chapter. “BLM’s purported concern for Wild Horses being harmed by the climate-warming induced drought was nothing more than a ruse to provide the livestock industry with more (almost) free grazing on our public lands. Wild Horses, not private domestic livestock, belong on our public lands.”

The Sand Wash Basin roundup, which took place between September 1 and September 12, 2021, resulted in the orphaning of at least 6 foals, the reported deaths of two horses, and the confinement of 632 of these free-roaming animals in cramped holding pens at the state prison in Cañon City.  Although the BLM does not publicly report deaths of horses in the holding facility, records obtained by AWHC under the Freedom of Information Act indicate that many more horses die in transport to the holding facility and in the feedlot pens in the 30-90 days following a roundup.

The BLM is mandated to protect wild horses while livestock grazing is a discretionary use of the public lands. The agency, however, allocates 10 times more forage to privately-owned cattle and sheep than to federally-protected wild horses in and around the 151,000 public lands area.