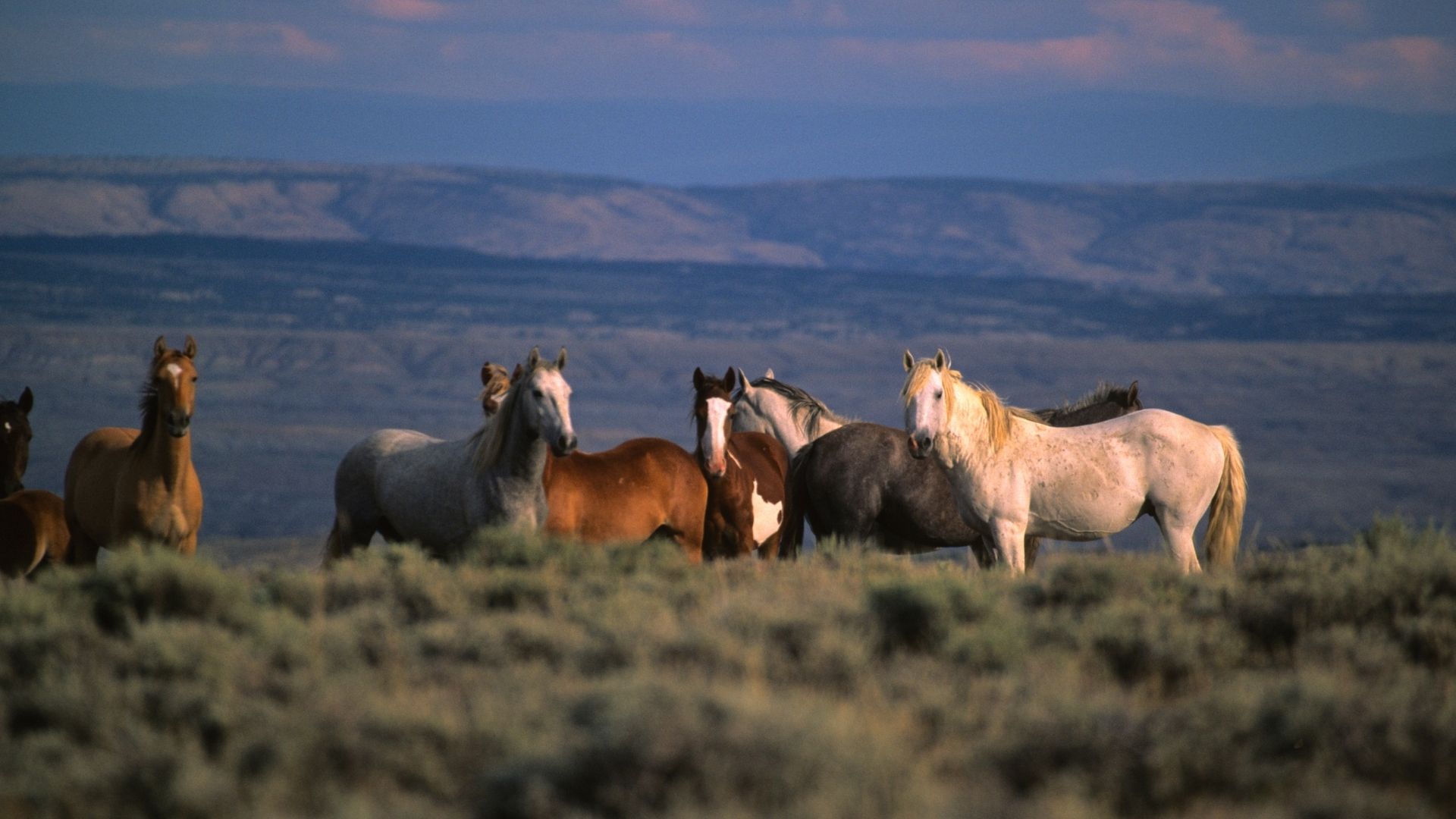 The renewed push came in the administration’s Fiscal Year (FY) 2022 budget justification, which asks Congress for an additional $35 million in taxpayer funds for the Bureau of Land Management (BLM) to conduct mass helicopter roundups and removals of up to 20,000 wild horses and burros, to be stockpiled in over-burdened government holding facilities where the threat of slaughter looms large.

The President’s budget justification reads,“Excess wild horse and burro populations undermine the health of public rangelands, undoing years of BLM investments and making the public lands less resilient to other stressors such as climate change. Such degraded landscapes can also directly contribute to climate change, as they are more susceptible to wildfire occurrence and accompanying carbon release."

“The Biden Administration cannot live up to its commitment to science and environmental protection by funding more wild horse roundups and not addressing one of the single most significant contributors to climate change: cows,” said Holly Gann Bice, Director of Government Relations for the AWHC. “The agency should instead take action today to adopt humane, scientifically-based on-range wild horse management strategies, including implementing fertility control and reducing livestock grazing in federally-designated wild horse habitat.”

"Polls show that over 80% of Americans support wild horse and burro protection and oppose their slaughter,” continued Gann Bice. "By prioritizing the livestock industry, the Administration is not only ignoring the American people but also abandoning science and its commitment to environmental protections."

According to the AWHC, as a member of Congress, Interior Secretary Haaland opposed additional funding for wild horse and burro roundups, advocating instead for humane birth control, but her budget justification reflects a prioritization of livestock industry interests over the protection of wild horses and burros.

AWHC is urging the House and Senate Appropriations Committees to adopt the Interior Appropriations language that has been proposed by U.S. Reps. Dina Titus (D-NV), Steve Cohen (D-TN), and over 40 other U.S. Representatives and 11Senators urging the agency to prioritize humane management using fertility control and other on-range methods over costly and inhumane roundup and removals.=