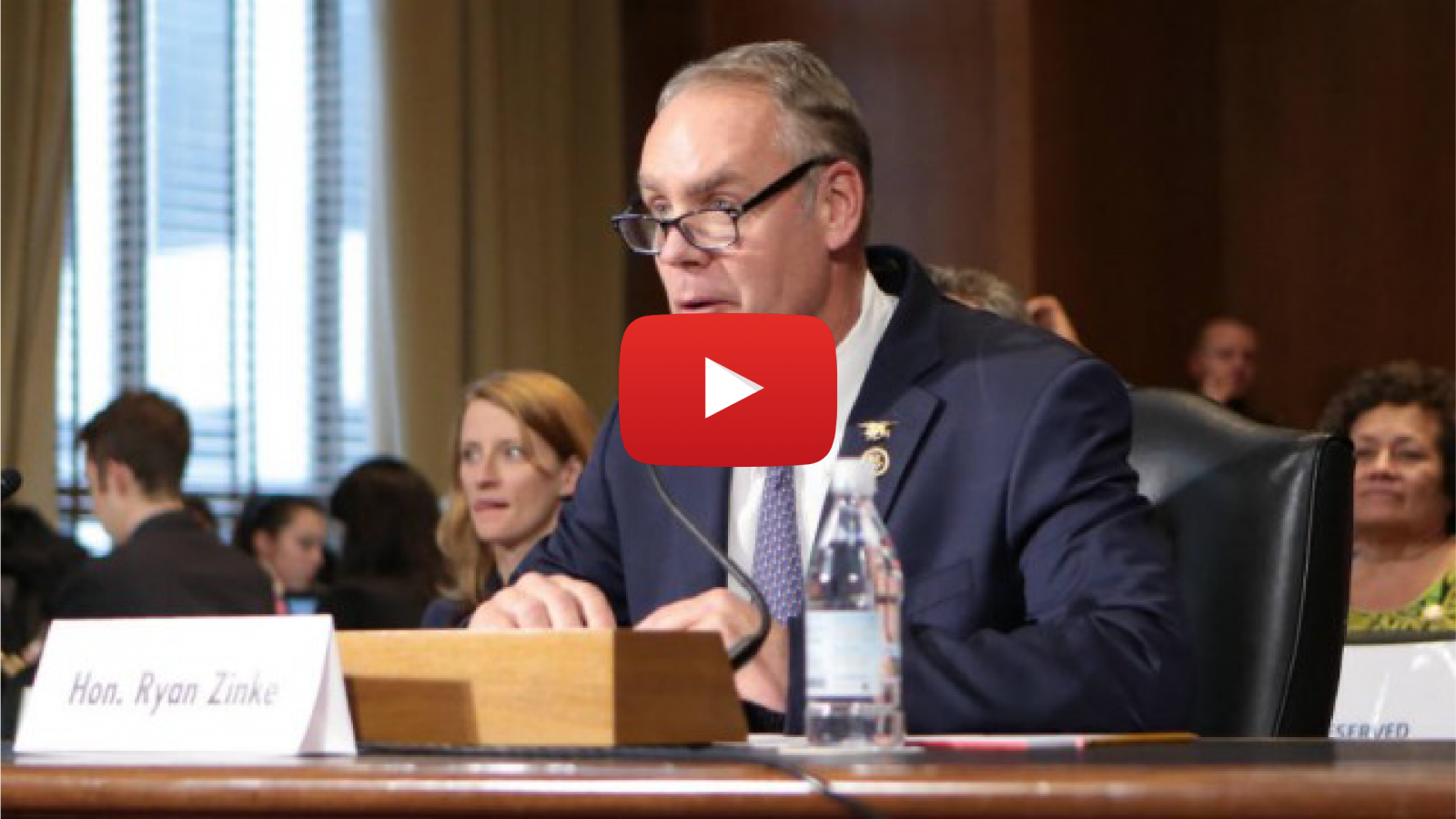 On Thursday, June 8, 2017, Interior Secretary Ryan Zinke appeared before the House Interior Appropriations Subcommittee to justify his 2018 budget request to Congress.  Responding to a question from Rep. Chris Stewart (R-UT) about the abundance of wild horses on public lands in the Western states, Zinke suggested that his solution involved organizing a “seminar” in Nevada to, well, discuss solutions.

Never mind that two weeks earlier, Zinke released his budget with a request to Congress for authorization to implement a “solution” that went way beyond a seminar on thousands of these federally-protected and publicly-cherished animals.

Essentially, his solution involves killing or slaughtering as many as 46,000 captured wild horses and burros in Bureau of Land Management (BLM) holding facilities to save  $4 million – a mere rounding error in the government’s $4 trillion budget. Zinke also plans reduced funding for roundups and fertility control, leaving open the question of what he plans to do with the 46,000 wild horses considered (wrongly) to be “excess” on the range.

You’d never know about Zinke’s lethal plan for America’s wild horses from his testimony. Could it be that he was shielding the American public, which overwhelmingly opposes horse slaughter, from the truth?

And the problems with Zinke’s wild horse testimony didn’t stop there. It also included a string of bad information and factual inaccuracies about the issue and the federal management program.

Here are a few of the key facts that the Secretary got wrong in his testimony:

1. “[B]y science the ranges can accommodate around 22,000 horses or so. That’s what the range can sustain.”

Actually, “science”— in the form the prestigious National Academy of Sciences (NAS) — says exactly the opposite. In fact, in 2013, the NAS concluded in a study commissioned by BLM that the BLM’s population limit (misleadingly called “Appropriate” Management Level, or AML) of 17,000-26,900 wild horses and burros on 27 million acres of land in 10 Western states is “not supported by scientific information” and had no science-based rationale. In fact, to achieve this population limit, the BLM would have to remove 50,000 wild horses and burros from the range, driving their wild populations down to the near extinction levels that prompted Congress to protect these animals in 1971 because they were “fast disappearing.”

2. “… the birth control part of the horse program has been, by and large, a failure.  You gotta shoot the horse twice with a dart within 24 hours. Trying to find a horse in the woods — the same horse — is almost an impossibility. “

There’s so much wrong with this sentence, it’s hard to know where to start.  First, the PZP birth control vaccine does works … if you use it. Over 30 years of science tells us that. The BLM’s problem is that it has used PZP only in a token manner on only a few herds. In fact, with less than $50,000 and a team of six volunteers, the American Wild Horse Campaign’s Virginia Range project in Nevada has vaccinated more mares with birth control this year than the entire BLM wild horse and burro program did last year with its $80 million budget! And, we’re implementing the program on a large population (~3,000 horses) in a large habitat area (300,000 acres), something the BLM says is not possible to do.

Also, you don’t need to dart a horse twice in 24 hours – that’s just flat out wrong. For best efficacy, you should provide a booster shot, but that can be done anywhere from two weeks to a year. And another form of the vaccine – PZP 22 – when combined with a regular PZP booster provides three or more years of infertility based on a recently published study.  And: most of the horses don’t live in the woods (they live in the high desert) and it’s actually quite possible to identify, track and locate horses. Our Virginia Range project has over 2,600 horses individually identified by color, markings, social groupings in a data base that tracks their movement, births, deaths, injuries and other critical information.

3. Horses are overpopulating and starving on the range.

Both Secretary Zinke and  horse slaughter supporter, Rep. Stewart, made this claim. In reality, there is no evidence to support this and here’s why. The overpopulation argument is based on the BLM’s Appropriate Management Levels, which as mentioned before, the NAS determined had no basis in science. AML’s do not represent the carrying capacity of the range for wild horses, but rather, represent the number of horses the BLM has decided to allow after giving away nearly 80 percent of available forage resources to privately owned livestock.

The claims of massive mustang starvation, like the AML claims, are not supported by science, and they are defied by the reality on the ground. This is evidenced by the activities of the BLM itself, which regularly rounds up wild horses that are fit, healthy and thriving on the range.  If the Secretary is going to make such a claim, it is incumbent on him to back it up with science and evidence, especially given his confirmation hearing promise to use sound science to guide his department’s policies.

In his question to Secretary Zinke, Rep. Stewart got in a few alternative facts of his own, including blaming horses for turning the Utah range in a dustbowl in a state where wild horses graze on less than a tenth of the public lands grazed by livestock.

Hopefully at his Nevada “seminar,” Secretary Zinke can get a schooling on the real facts of this situation and on the real solutions that are available now to address concerns. We’re ready to give him that education, but to date, he has refused to give us the opportunity.