Hello again, everyone. If you read my last post about who I am and how I became interested in the plight of the wild horse population, you may recall that I am the first Youth Leader of the American Wild Horse Campaign (AWHC). I began my wild horse journey a few years ago, upon being introduced to a once-wild Mustang. Because of the deep connection we developed, Shiloh inspired me to advocate on behalf of these majestic creatures. In this month’s blog, I would like to share with you a bit about Shiloh’s journey from his birth as a wild Mustang to his work today, as a beloved member of my county 4H herd, as he continues to inspire me to be a voice for our wild horses. 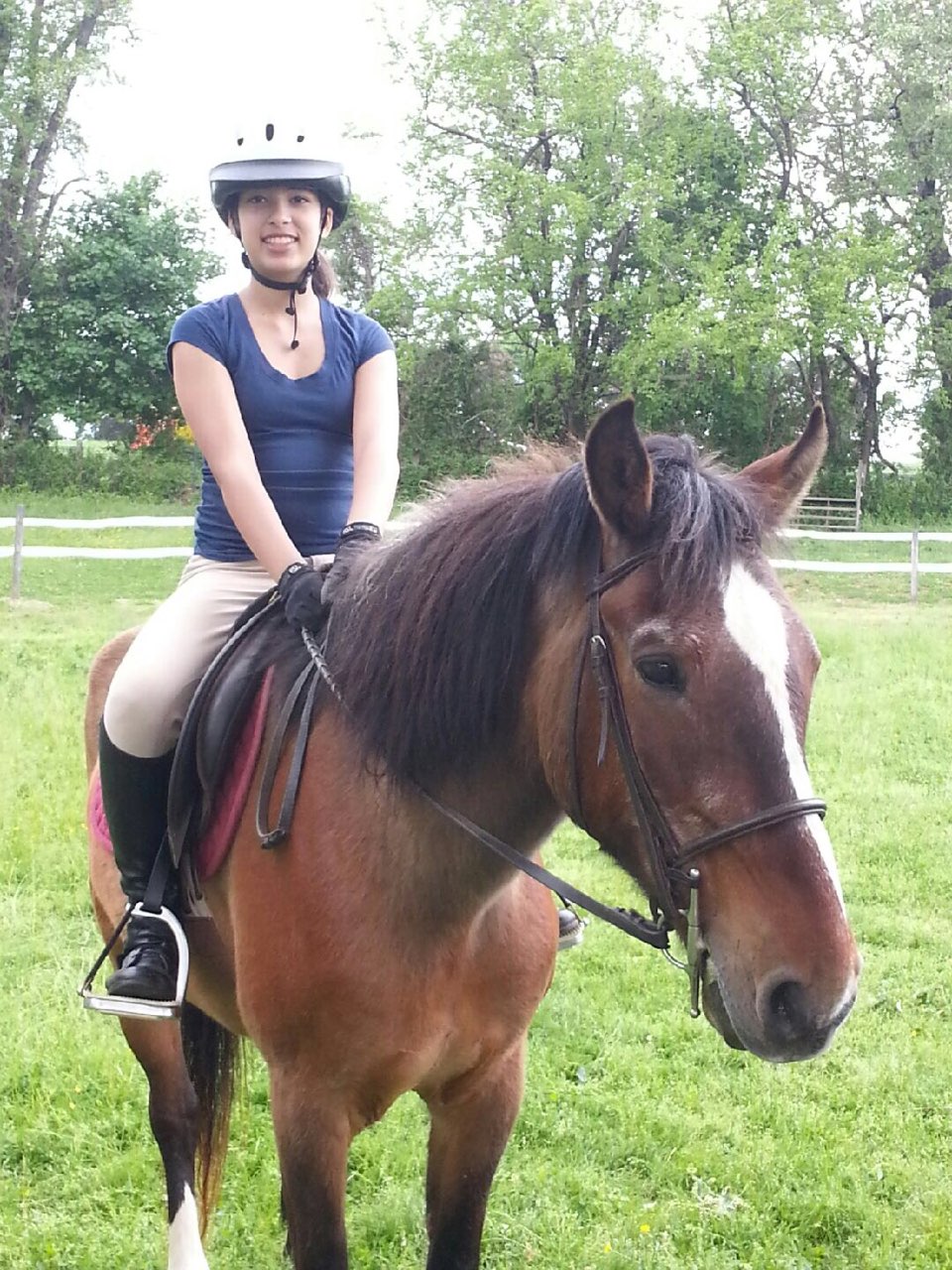 Shiloh was born in Wyoming in the 1990s. Specifically, he was a part of the wild horses in the Lander Herd Management Area. Unfortunately, Shiloh was captured as a young colt, separated from his family band and eventually sent to an adoption event held in York, Pennsylvania. One of the lucky ones, Shiloh was adopted into a good home, where he would spend eighteen years of his life. In 2012, the Delaware County 4H (where I have been a member since I was eight) was looking for two new horses. Shiloh’s owner was kind enough to offer to donate him to the horse program because she knew that with his sweet and loving disposition Shiloh would have a lot to offer the youth of 4H. First, however, we needed to find out if he was suited to a program like ours.

Back when I first met Shiloh, I was a bit more timid of a rider, but eagerly agreed to join our Horse Program Coordinator on a day trip to meet our potential new 4H horse. When we went to meet him for the first time at his owner’s home, he was super sweet. I can still picture him, tied outside his stall, observant of what was going on around him, yet well-mannered. His owner told us that she had so many wonderful years with him and knowing that we needed a beginner safe horse for our program, she wanted to share him with the kids who would come through our horse club and co-op. Whereas most 4H programs have members who own their own animals and have access to farms in their area, my 4H is unique. We are the only 4H program in Pennsylvania that actually has its own farm and owns its own animals, including our small herd of horses. My ride on Shiloh that day would be the deciding factor as to whether Shiloh would be suited to our program. As soon as I got on and walked around a bit, I think we all knew pretty quickly that Shiloh would be the perfect addition to our program. His calm and gentle demeanor made me feel quite at ease. In May of 2012, Shiloh became the third horse in our program. His job would involve working with our 4H members, giving “pony” rides at birthday parties and giving rides at our Spring and Summer Fairs. 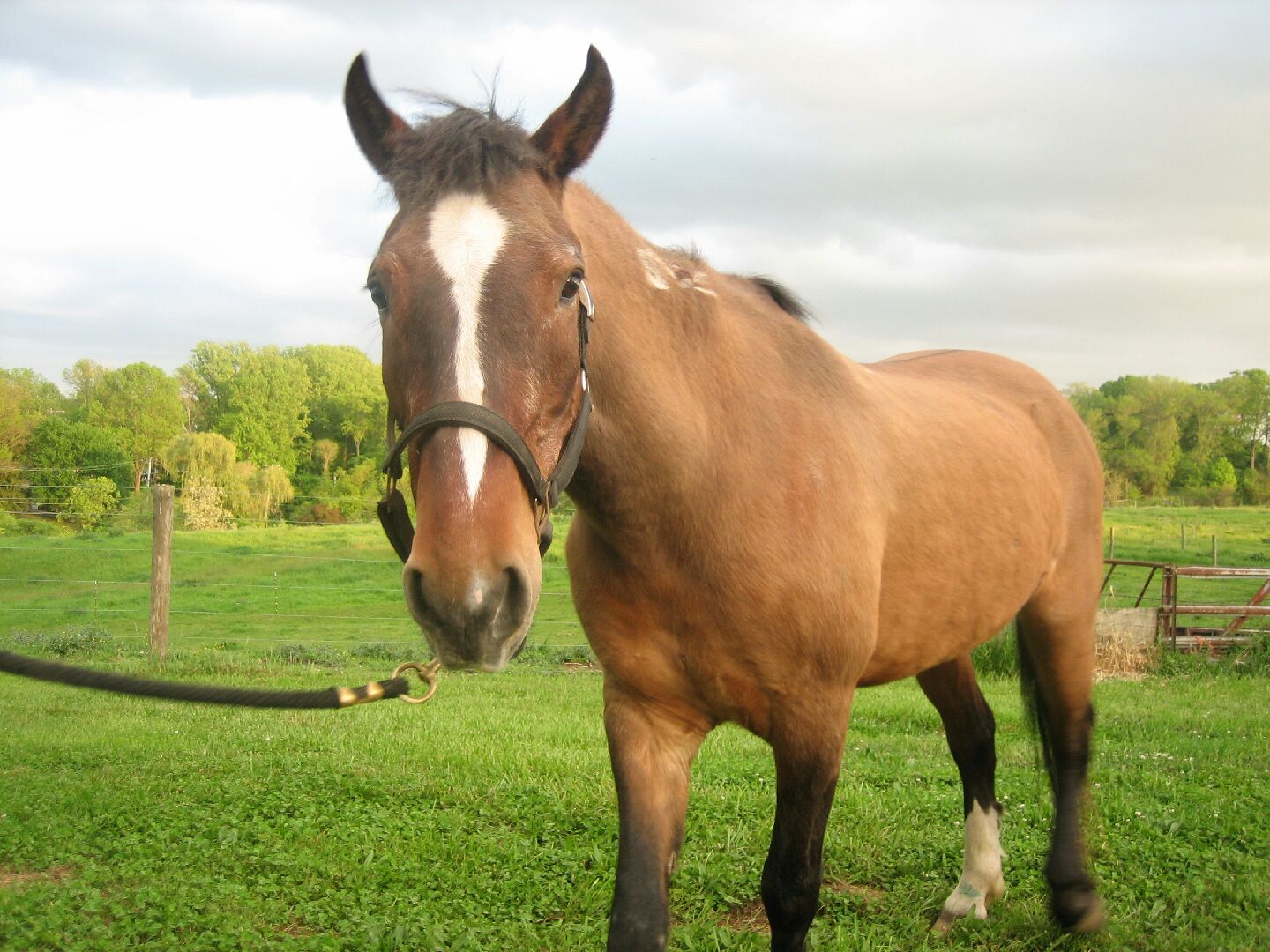 These past six years, Shiloh has been an integral part of our program. It is no exaggeration to say that in that time, hundreds of children have had the joy of taking a ride on this amazing Mustang! Not long ago, however, it looked like Shiloh might not be with us for much longer. In 2016 he became quite ill, and I realized that I might not have much more time with him. This was the real impetus behind my need to learn as much as I could about where he came from, how Mustangs are being managed and what, if anything kids like myself could do to help their circumstances. While I was sad and afraid that Shiloh might have to be put down, I chose to turn that fear into action. I researched as much as I could online about wild Mustangs. In fact, it was part of that search that led me here, to the AWHC (then known as the American Wild Horse Preservation Campaign). Although I knew a bit about roundups, I had no idea exactly what went into them, why they were considered the “best” option by the Bureau of Land Management (BLM) or what alternatives might exist.

For months, Shiloh continued to have ups and downs, and I worried a lot for him. At the same time, I now knew that I had to tell others some of the unfortunate information I had learned through my research, about those horses still on public rangelands and the tens of thousands in holding facilities. I decided to create a presentation about wild horse management and take it to my 4H Regional Communications Contest. I put many hours into creating my presentation and practicing to deliver my message at the contest. With thoughts of Shiloh ever present, I went on to win not only my regional contest, but also the State level event. Although I knew the people I spoke to learned new things about wild horses and how the population was being maintained, I wanted to delve deeper into the bigger issues facing the wild horses and how to best present that information to the general public.

The following year, I chose to create a presentation regarding the more specific management practices of the Bureau of Land Management and why they need to change. I also discussed various procedures that could be implemented in place of the atrocities Mustangs currently face. In late 2017, my thoughts remained consumed with the plight of our wild horses, and I reached out the AWHC to ask about how I might support their cause. Then, as 2018 loomed near and the 4H regional communications contest was just a couple of months away, I had yet to determine what I was going to do my presentation on. I knew that I still wanted to raise awareness about the wild horses, but how? I chose to enter the speech division and eventually, I decided that perhaps sharing my own advocacy journey would inspire others to join in the fight to save our majestic Mustangs. Thus, my 2018 speech was about how I became a wild horse advocate and why I am so passionate about this cause. 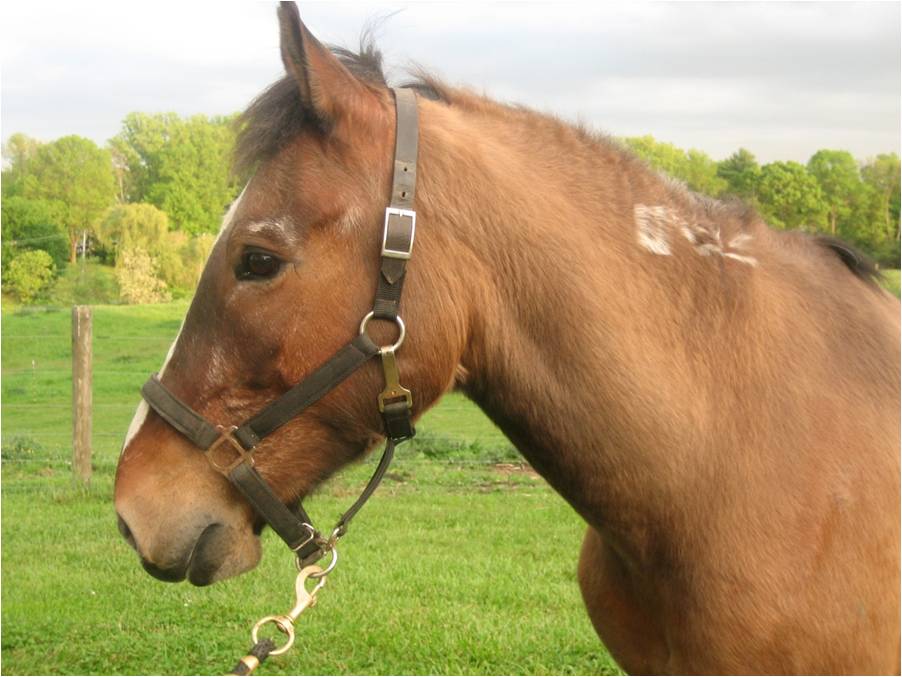 In the end, my desire to learn about wild mustangs and their current management and my determination to educate others to their plight all comes back to that one special horse, Shiloh. Presently, Shiloh is doing well, working summer day camps at the 4H farm and eating lots of grass! He also recently gave pony rides to the younger members of the Horse Club, and Shiloh continues to brighten my day and put a smile on my face when I see him for my weekly chores.

As I continue to write blog posts for the AWHC, I will also be creating presentations, so that you too can go on to educate others about the importance of saving the wild horse herds. By the end of the summer, you will begin to see these presentations ready for you to use. I invite you to use the materials to help spread awareness because the wild horses need your help, they need your voices to speak for them. Remember, if you have any questions or would like to share with me your thoughts, I can be reached via email at contact@americanwildhorsecampaign.org

Until next month, Bailey.