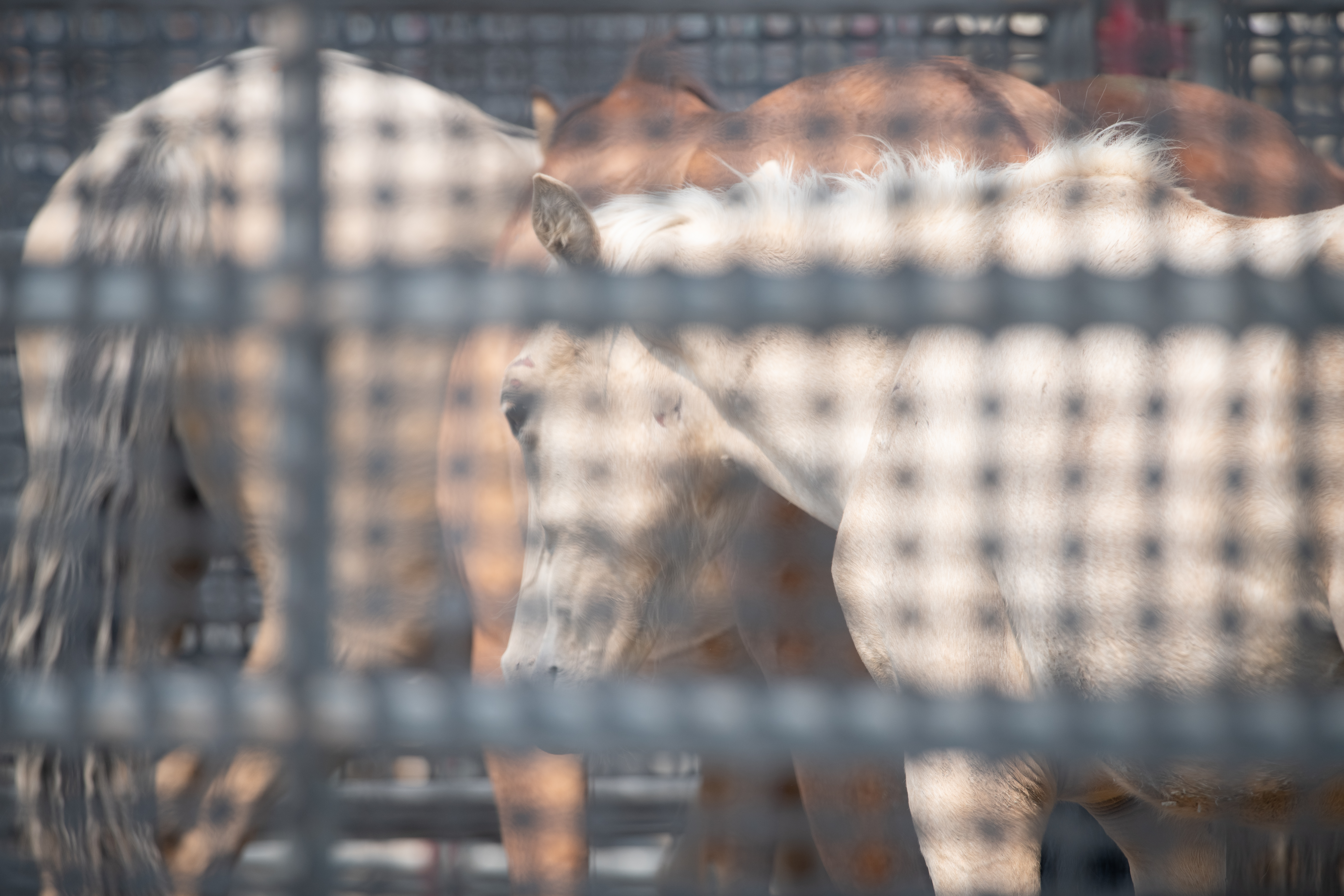 Washington, DC (January 26, 2022)— The nation’s leading wild horse protection organization, the American Wild Horse Campaign (AWHC) is charging that the Bureau of Land Management’s (BLM’s) latest reforms to its controversial Adoption Incentive Program (AIP) still fall short because they do not eliminate the cash incentives that are sending hundreds of wild horses and burros into the slaughter pipeline.

“Despite the recommendation of its own national advisory board, the BLM is still failing to eliminate the cash incentives that have resulted in a steady flow of federally protected wild horses and burros being sold into kill pens that sell equines for slaughter,” said Suzanne Roy, executive director of AWHC. “BLM’s plan to conduct mass removals this year only amplifies the danger and BLM should instead significantly ramp up its efforts to manage these animals humanely on the range using fertility control vaccines.”

The AIP—which pays adopters to take up to four wild, unhandled horses or burros at $1,000 per animal—was exposed by an AWHC investigation as a pipeline to slaughter. The investigation prompted an explosive 2021 New York Times report documenting that scores of wild horses and burros were being sent to slaughter auctions after adopters pocketed the incentive payments, which come in two installments: $500 when the horse or burro is adopted and $500 after the title is transferred a year later.

In the last 15 months, AWHC has identified over 500 wild horses and burros in kill pens and has confirmed that the vast majority of these equines were adopted through the AIP. The organization’s investigation has also identified numerous groups of related individuals who are adopting the maximum of four horses or burros per person and collecting thousands more in tax-funded cash incentives, then selling the animals in kill pens as soon as the incentive payments clear their bank accounts.

According to AWHC, the changes the BLM is proposing to enact do not go far enough in addressing the problem. As one example, the agency will now conduct compliance inspections of wild horses and burros adopted through the AIP within six months of adoption and require a veterinarian or BLM-authorized officer to sign titling eligibility paperwork. This does nothing to address the adopters who are immediately flipping the horses or burros to kill pens after receiving the title after one year and cashing in on the incentive payments.

Additionally, making a lump sum payment of $1,000 per animal (up to $4,000 per adopter per year) does not eliminate the profit incentive that is driving the problem. The increase in adoption fees from $25 to $125 is not sufficient to offset this profit incentive. None of the changes will stop groups of related individuals from adopting large numbers of animals and reaping big profits in cash incentives and slaughter auction fees.

In 2021, the BLM’s National Wild Horse and Burro Advisory Board recommended 8-1 that the agency pursue alternative, non-cash incentives to ensure a high standard of welfare for adopted wild horses and burros. The BLM already issues non-cash vouchers for gelding and animal replacement.

Congress has also expressed concern about the AIP. In June 2021, U.S. Representative Earl Blumenauer (D-OR), Dina Titus (D-NV), Steve Cohen (D-TN), Jan Schakowsky (D-IL), Mike Quigley (D-IL), and 25 of their House colleagues sent a letter to Secretary of Interior Deb Haaland asking her agency to suspend the AIP, and the House Interior Appropriations Committee, led by U.S. Rep. Chellie Pingree (D-ME), directed the BLM to strengthen adoption contracts to address any weaknesses that would jeopardize the welfare of these animals.

In July, AWHC, joined by Skydog Sanctuary, Evanescent Mustang Rescue and Sanctuary, and wildlife photographer Carol Walker, filed suit in federal district court claiming that the agencies violated multiple federal laws in the creation and implementation of the BLM’s controversial program for wild horses and burros. The lawsuit was filed on behalf of the groups by Eubanks and Associates, a top national public interest environmental law firm.