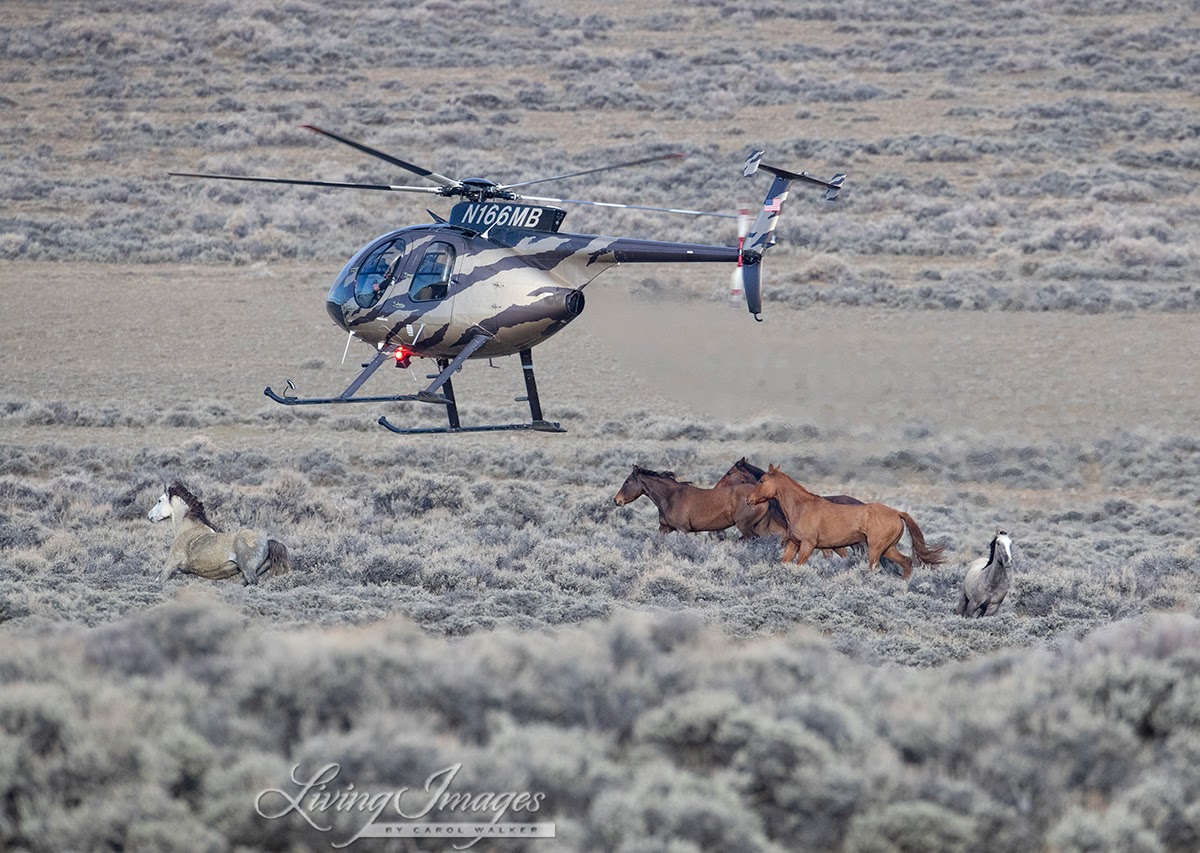 WYOMING (November 29, 2021) — The nation’s leading wild horse protection organization is demanding action today after the Bureau of Land Management (BLM) released nearly 60 fewer wild horses back to Wyoming’s public lands than required as part of a controversial operation in the state.

The release is a component of the largest wild horse roundup operation in the agency’s history. The roundup, which began in October and is expected to last into February, is targeting five federally-protected herds that roam on 3.4 million acres of land in and around Rock Springs, Wyoming. Once the operation is completed, nearly 50 percent of the state’s mustang population will be gone.

In a letter sent today, attorneys for the American Wild Horse Campaign (AWHC) charged that the BLM unlawfully removed 59 more wild horses than authorized in its Environmental Assessment and Decision Record for the roundup and must rectify the violation by returning this number of animals back to the range in order to avoid legal action.

“This roundup is of great importance to the public, not only due to the sheer number of wild horses being removed but because of the continued scapegoating of this herd in favor of privately-owned livestock,” said Grace Kuhn, Communications Director for AWHC. “We want to send a clear message to the agency that we are watching closely and that every horse counts and matters.”

“In its attempt to hide from the public that too many horses are being removed from the Salt Wells Creek HMA and too few are being returned to their homes, the Bureau of Land Management once again proves that the public cannot trust them to follow their own protocols or to protect and properly manage the wild horses in their care,” said Carol Walker, a wild horse photographer who has been on-site at the operation.

The mustangs in question reside within the Salt Wells Creek HMA, a 1.1 million-acre federally-designated wild horse habitat. On Friday, as part of its initial plan, the agency released 42 stallions back to the area of the public lands and will be releasing 45 mares (females) later this week after they are given fertility control.

“In our view, BLM has unlawfully taken the Salt Wells Creek HMA below low AML [appropriate management level] by removing more horses than analyzed or authorized … in flagrant violation of  [federal law],” wrote William S. Eubanks, Esq of Eubanks and Associates, a leading public interest environmental law firm. [I]f BLM commits to immediately rectifying these legal violations by returning at least 59 more stallions and mares to the Salt Wells Creek HMA (in addition to the 42 stallions already returned and the 45 treated mares BLM intends to return this week), AWHC will agree not to pursue litigation seeking a court order that BLM’s actions have violated, and are violating, its duties under federal law.”

At the time of this release, the BLM has captured 2,383 wild horses and there have been 11 deaths reported, including two wild mares who died yesterday after breaking their necks while crashing into panels after being chased into a trap by a helicopter.