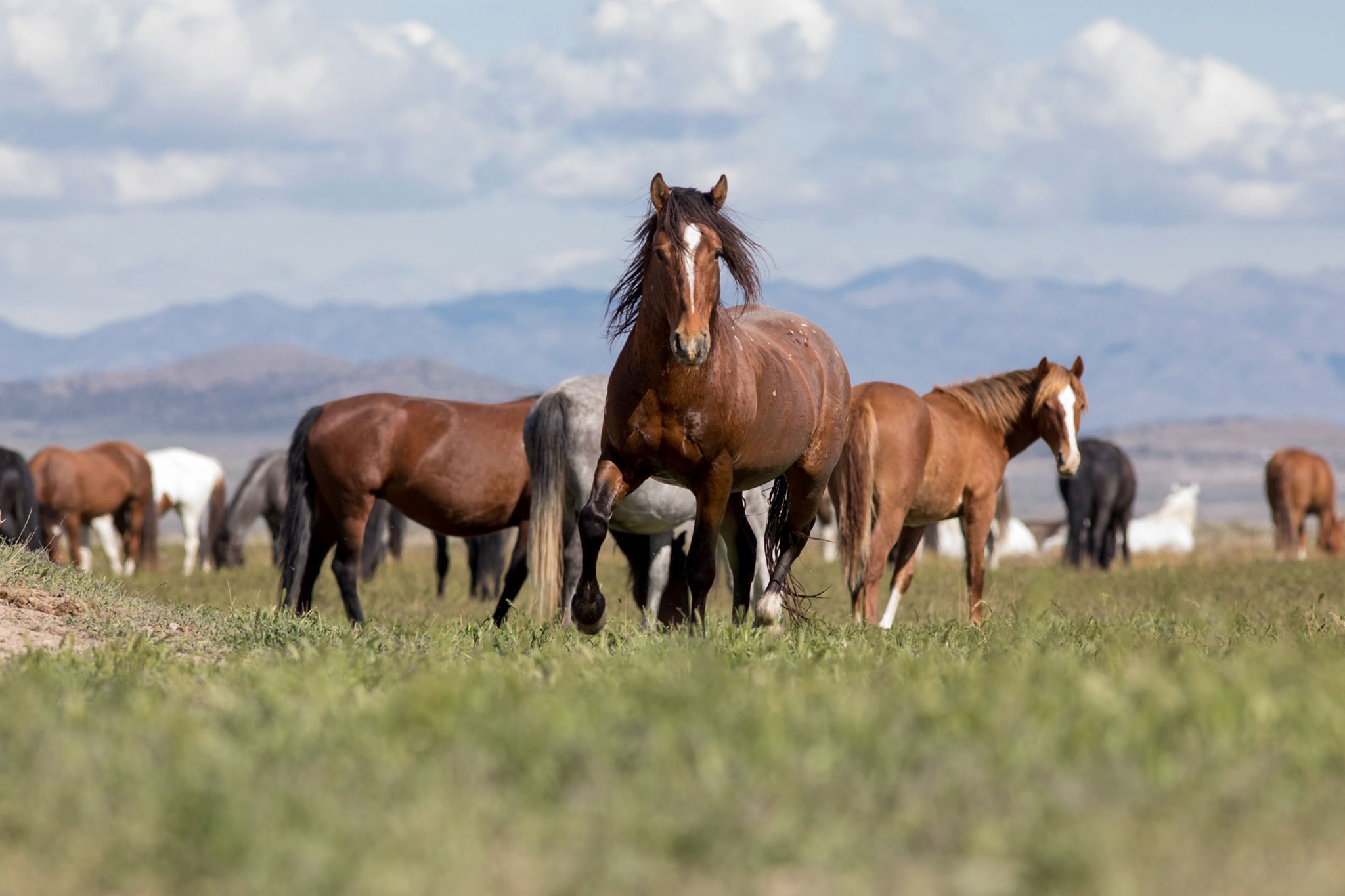 Washington D.C. (September 14, 2021): Today the nation’s leading wild horse advocacy organization, The American Wild Horse Campaign, applauded U.S. Senator Bob Menendez (D-NJ), Senator Lindsey Graham (R-SC) Senator Susan Collins (R-Maine), and Senator Sheldon Whitehouse (D-RI) for reintroducing the Save America’s Forgotten Equines (SAFE) Act and working to ban the export of equines to foreign countries for slaughter.  While equine slaughter plants have been closed in the United States since 2007, tens of thousands of equines continue to be exported each year to Mexico and Canada to be slaughtered for foreign meat markets.

Domestic and wild horses are at risk of slaughter, a cruel practice that 80% of Americans oppose. Recently an American Wild Horse Campaign investigation led to a New York Times report exposing the Bureau of Land Management’s (BLM’s) Adoption Incentive Program (AIP) as a pipeline to slaughter for “truckloads” of BLM wild horses and burros. The cash incentive program was implemented in 2019 to increase the number of wild horses and burros adopted or sold by the BLM as a mechanism to make room for the thousands of these animals targeted for removal from public lands under the previous administration’s accelerated roundup plan.

AWHC’s investigation has uncovered an alarming number of instances in which BLM horses and burros have been subjected to cruel conditions and sold at kill pens where they are purchased for slaughter. To date, the investigation has uncovered over 100 AIP horses and burros in slaughter auctions, sold by adopters shortly after they pocketed the BLM incentive payments of $1,000 per horse. AWHC has further documented over 150 additional unidentified BLM animals at kill pens, in imminent threat of slaughter. AWHC”s findings have sparked outrage with members of Congress, including Senator Dianne Feinstein (D-CA), who have called for a suspension and thorough investigation into the program.

“Until the valve is shut off permanently, America’s horses, both domestic and wild will remain in danger of being exported to slaughter for foreign consumption” Said Holly Gann-Bice, Director of Government Relations for the AWHC. “We applaud Senators Menendez, Graham, Collins and Whitehouse for introducing the SAFE Act to protect America’s beloved equines.”