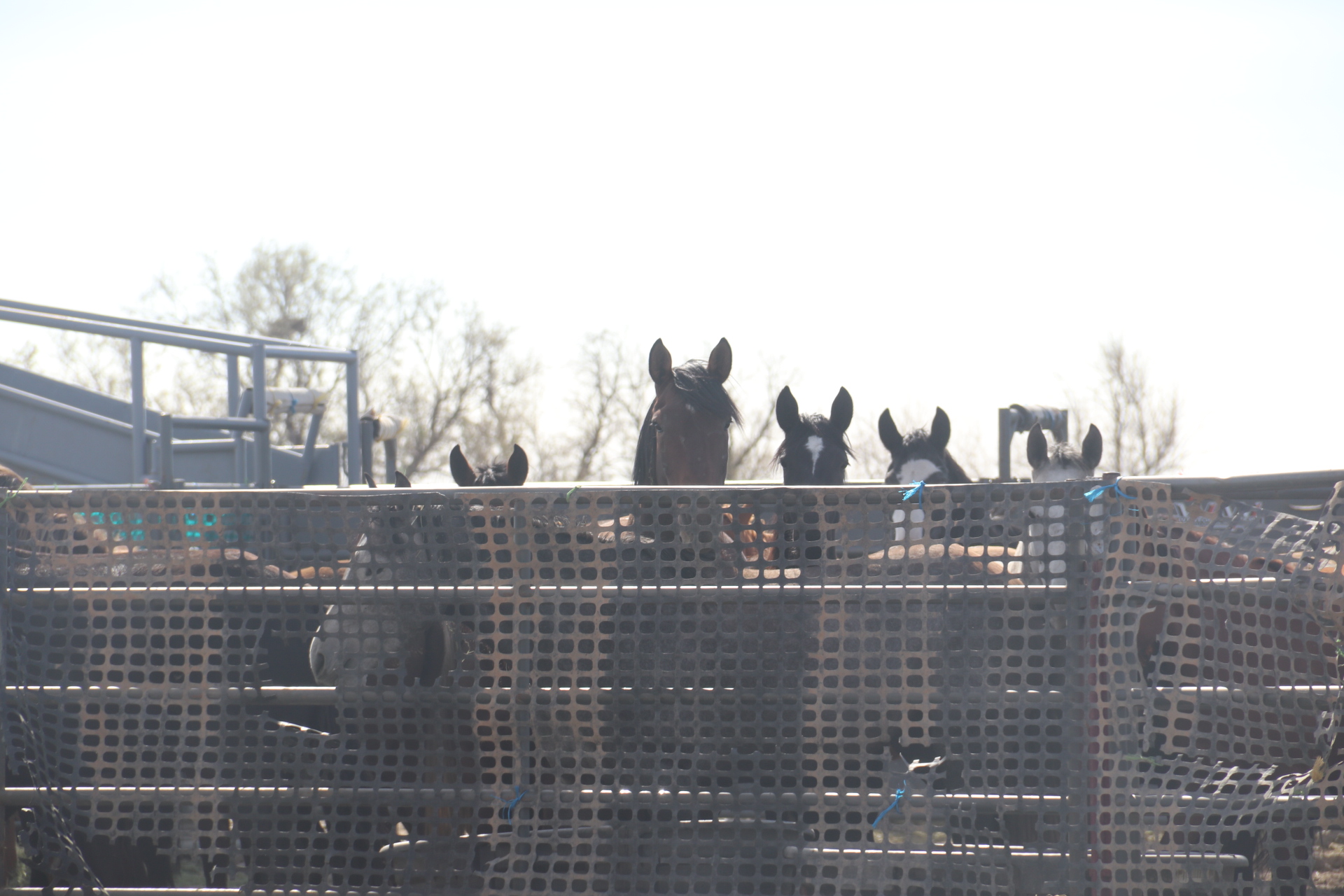 In 2019, the BLM implemented the AIP, which pays individuals $1,000 in taxpayer funds to adopt a wild, untamed horse or burro, allowing up to four animals per adopter at a time. An investigative report by the AWHC found that the AIP has become a pipeline to slaughter for now thousands of wild horses and burros. The investigation and a subsequent New York Times Exposé uncovered that individuals, or groups of related individuals, are often adopting the maximum number of animals per person, holding them for one year (the point at which title passes and the full cash incentive is paid), and then sending the animals into the slaughter pipeline. One documented family of 12 earned as much as $82,000 in federal incentive payments and estimated auction fees.

Of further concern, on Nov. 3, BLM Colorado informed the public that while this weekend's adoption event was originally to feature 60 Piceance Basin wild horses, only 35 geldings (males) will be available for adoption because the mares (females) are experiencing nasal discharge. This can be one of the first symptoms of Streptococcus equi or ‘Strangles’, a highly infectious respiratory infection that has previously plagued the BLM’s Axtell, Utah holding facility. The Piceance Basin horses were immediately sent to this facility following a controversial July 2022 roundup. The strangles virus is currently running rampant in a Wyoming holding facility.

“There’s a better way to incentivize wild horse adoptions, while ensuring humane and safe outcomes for the animals. We urge the BLM to abandon the cash incentives and instead offer veterinary vouchers to offset the initial care of bringing a wild horse or burro home,” said Amelia Perrin, Investigations Manager for the AWHC and author of the AIP investigative report.

AWHC advocates for and urges the BLM and Congress to implement the following reforms:

The BLM’s AIP must be reformed by eliminating cash incentives and instead offering veterinary vouchers—a solution that has gained broad support from stakeholders—to offset the initial care of a wild horse or burro.

The BLM has significantly increased its removal operations—in Fiscal Year 2022 alone, the agency captured and confined over 19,000 wild horses and burros in already crowded holding facilities, spending more than $93 million in roundup and holding costs. The AIP was intended to increase adoption rates in the face of a growing off-range population, yet it has created more problems than it solved.

Prospective adopters must understand what it means to take on an untamed wild horse or burro. Adoption requires serious financial resources, proper training, and equine infrastructure, such as fencing, corrals, shelter, food and water, to ensure the animal is properly cared for on its journey from a wild to a domesticated animal.