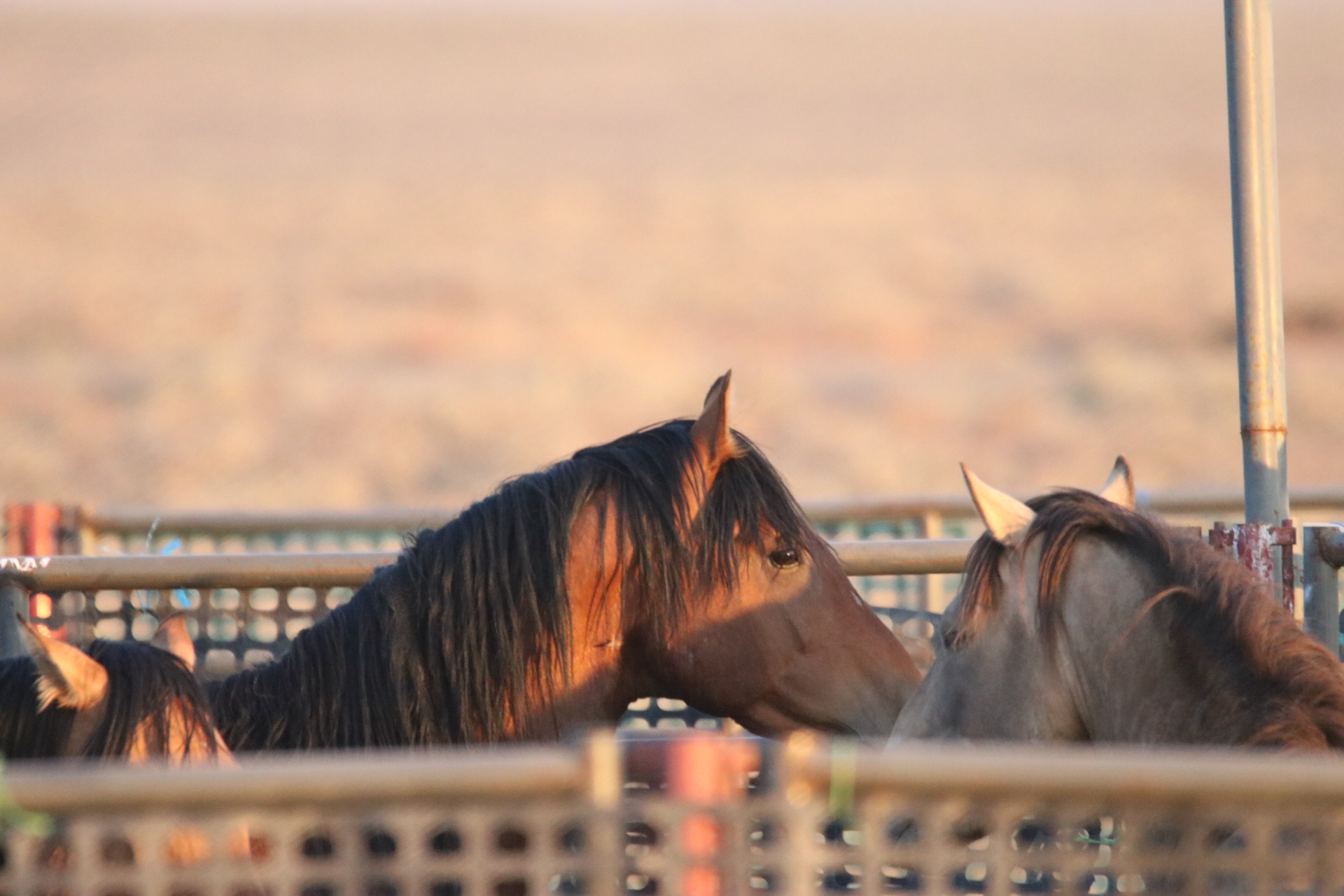 Overview: The American Wild Horse Campaign is raising concerns about mounting animal welfare violations at a (Bureau of Land Management) helicopter roundup of wild horses in the Barren Valley Complex near Burns, Oregon. Of particular concern are the chasing of small foals (baby horses) with helicopters and unusual and abusive handling tactics including use of high voltage electric shock cattle prods on terrified, just-captured wild horses to force them to load onto trailers to be taken to holding pens.

Quote: “We continue to be shocked by the sheer brutality of the BLM’s capture and handling methods for these federally-protected wild horses,” “I have observed terrified horses, huddled together in the trap, frozen in fear, being beaten with flags, electroshocked and forcibly loaded onto trailers. These actions violate the agency’s own animal welfare guidelines and display a lack of understanding of equine behavior and proper horse handling techniques. They are further evidence of the urgent need to place a moratorium on roundups while these continuing abuses are investigated and Congress holds an oversight hearing on the entire Wild Horse and Burro Program.” - Brieanah Schwartz, AWHC’s Policy and Litigation Counsel who is observing the Barren Valley roundup and is available for comment through Friday.

The American Wild Horse Campaign (AWHC) is the nation's leading wild horse protection organization, with more than 700,000 supporters and followers nationwide. AWHC is dedicated to preserving the American wild horse and burros in viable, free-roaming herds for generations to come, as part of our national heritage. In addition to advocating for the protection and preservation of America's wild herds, AWHC implements the largest wild horse fertility control program in the world through a partnership with the State of Nevada for wild horses that live in the Virginia Range near Reno