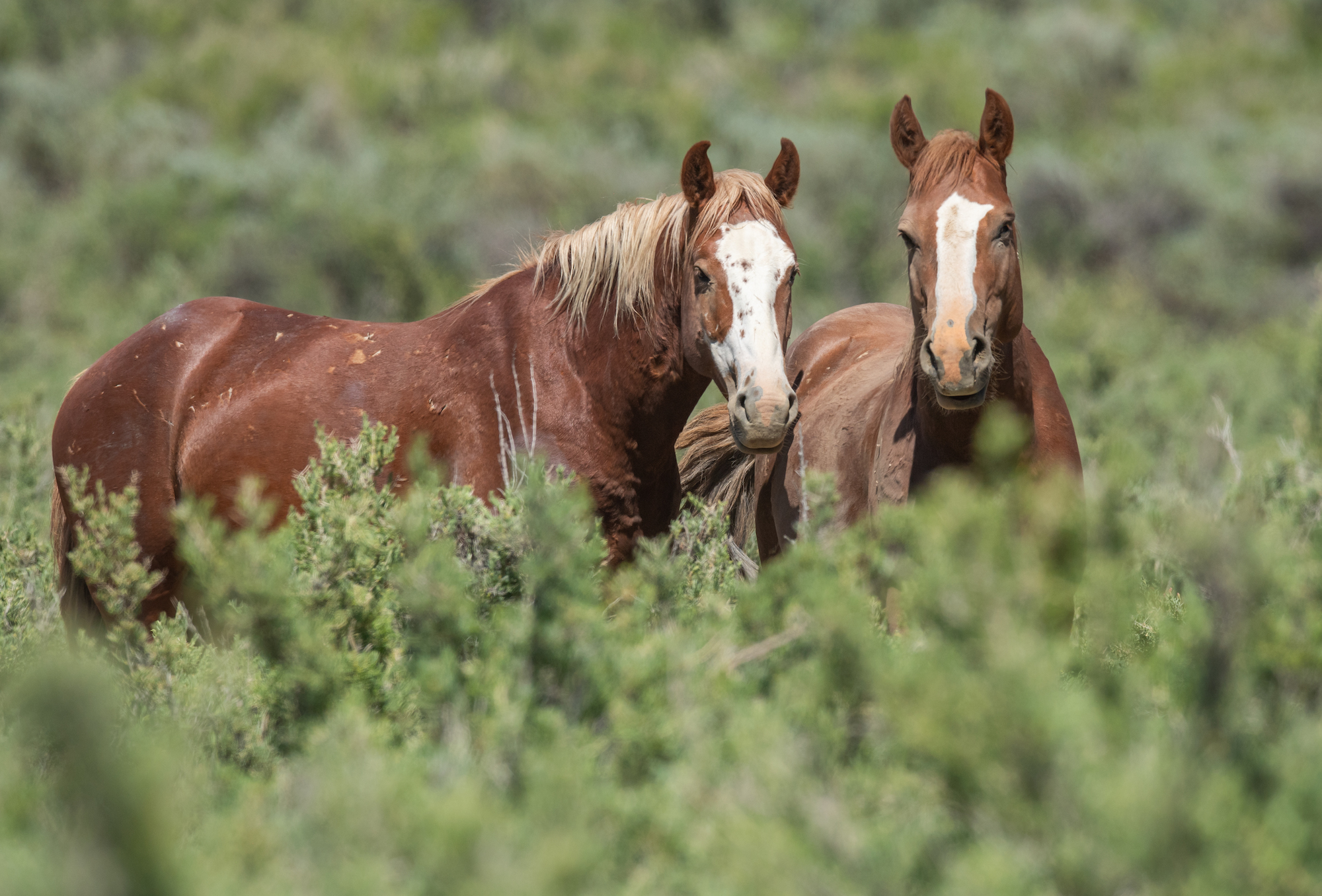 (July 22, 2022) – Amid public and political backlash toward the Bureau of Land Management’s (BLM) Wild Horse and Burro Program, two wild horse roundups are proceeding in Colorado and Nevada. Following is the latest update from the American Wild Horse Campaign (AWHC), which has observers onsite at each location.

Piceance Basin – (Meeker, Colorado): A total of 512 horses have been captured to date (192 stallions, 225 mares, and 95 foals). The BLM is targeting 850 horses for removal. Two deaths have been documented thus far (July 16 and 17). AWHC onsite observers have reported a lack of clear visibility of the trap site most days, even reporting that the contractors had blocked sight of the trap site with their trailers.

Prior to the start of the Piceance roundup, AWHC underscored concerns that chasing foals across the Basin in the height of the summer heat is a hazardous strategy. AWHC onsite observers confirm that young foals are being rounded up in addition to heavily pregnant mares. This is problematic as young foals and pregnant mares are prone to injury and stress as a result of being chased by helicopters and trapped in small corrals with other frantic horses.

As documentation also shows, the horses are in good shape and condition, bringing into question BLM’s justification for the need for the accelerated July roundup in the first place. The bait trap operation, which took place early in mid June to early July, only caught 18 horses. This was because one of the roads to the trap was washed out by the heavy rains. Additionally, there’s enough forage for the horses in the Piceance Basin, so the bait was not enticing.

Triple B – (Ely, Nevada): A total of 248 horses captured to date (57 Stallions, 87 Mares, and 35 Foals). Four deaths have been documented thus far. Three were listed as chronic/pre-existing and one was a result of the roundup operation. The acute death was a “2-year-old bay mare died unexpectedly. Necropsy conducted and found compromised lung (respiratory pneumonia).”

Since April, at least 146 wild horses have died at a BLM government holding facility in Cañon City, Colo, following an outbreak of the Equine Influenza Virus (“EIV”), a disease that captured wild horses were supposed to have been vaccinated against. An internal BLM assessment documented significant mismanagement at the Cañon City corrals, including understaffing, vaccination and other biosecurity failures, poor record-keeping, poor animal management, lack of basic equine care, inadequate shelter, and substandard facility maintenance.

These incidents led Colorado Governor Jared Polis and First Gentleman Marlon Reis to be vocal leaders in advocating for reform related to the care of wild horses under the BLM’s management. This week, Congressman Joe Neguse (D-CO), Chair of the House Subcommittee on National Parks, Forests, and Public Lands introduced an amendment to H.R. 8294, the Fiscal Year 2023 (FY23) Appropriations Minibus, aimed at eliminating the use of federal funding for Bureau of Land Management (BLM) roundups of wild free-roaming horses and burros that use helicopters or fixed-wing air crafts. While the amendment did not advance, the motion was applauded by AWHC.

The Cañon City disease outbreak also led the U.S. Representatives Dina Titus (D-NV) and Steve Cohen (D-TN) to urge U.S. Secretary of the Interior Deb Haaland to investigate holding facilities and put a halt to wild horse and burro roundups until improvements are made.

AWHC’s onsite observers will continue to report on the Piceance Basin and Triple B conditions.

All photos provided by WilsonAxpe Photography 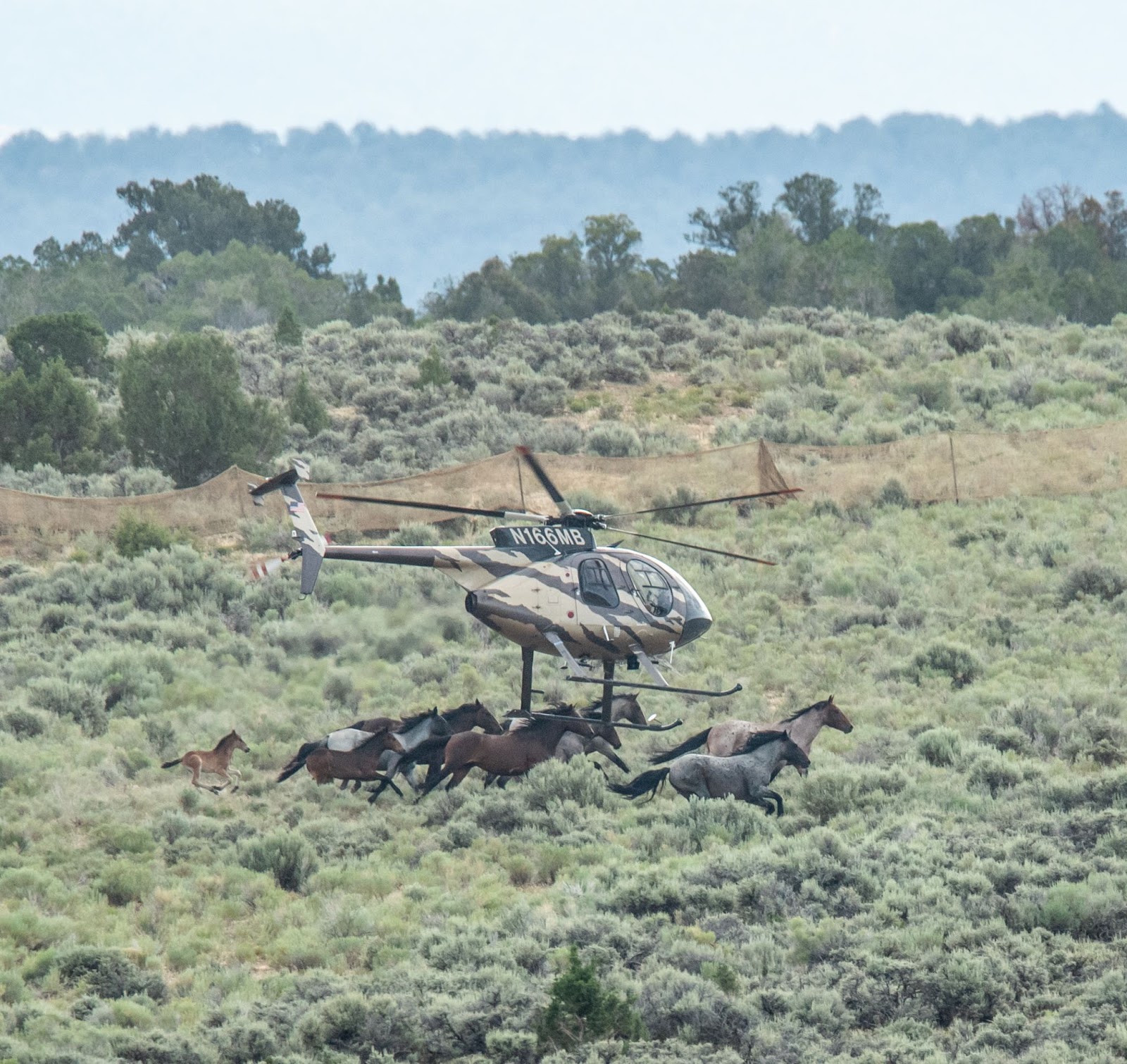 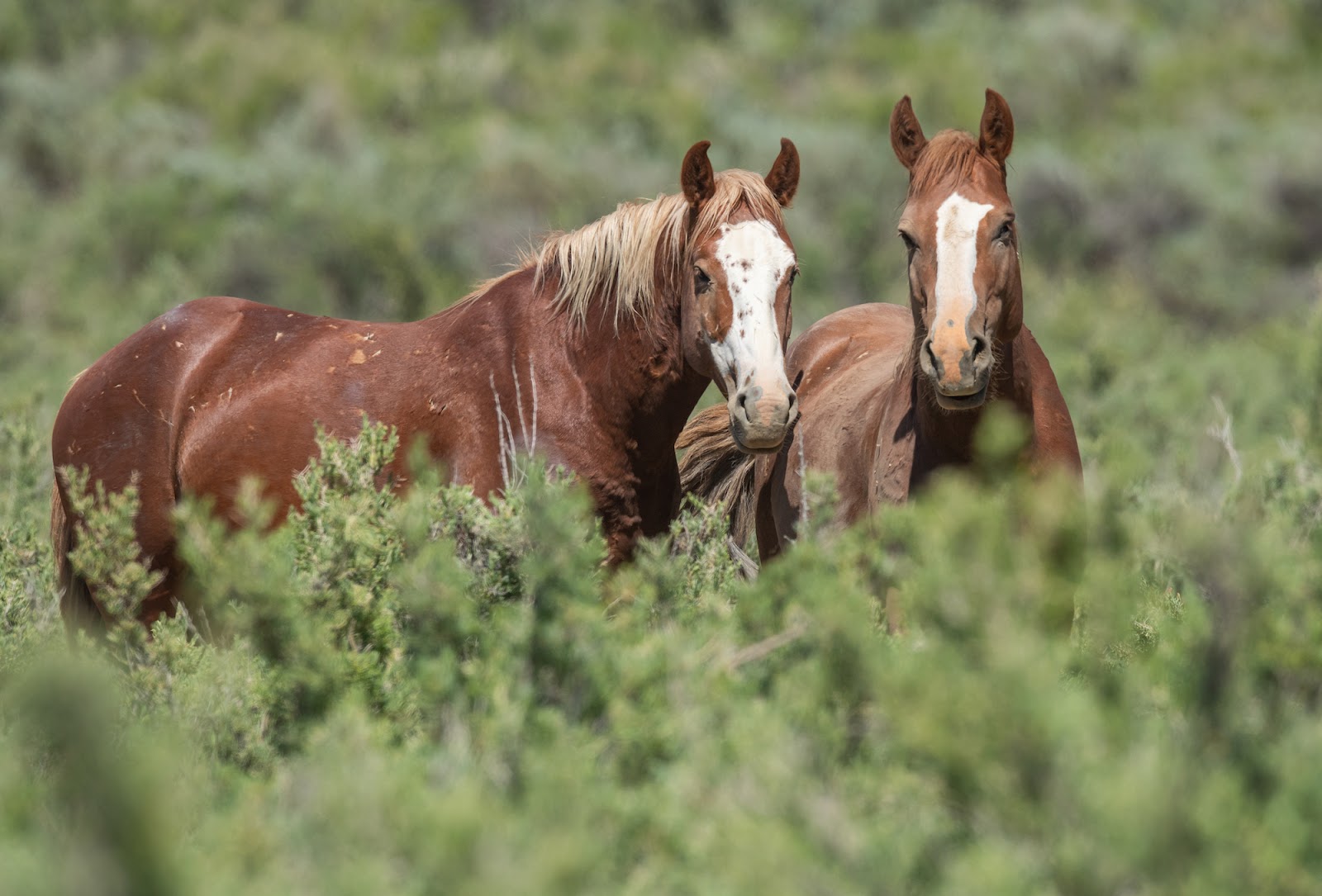