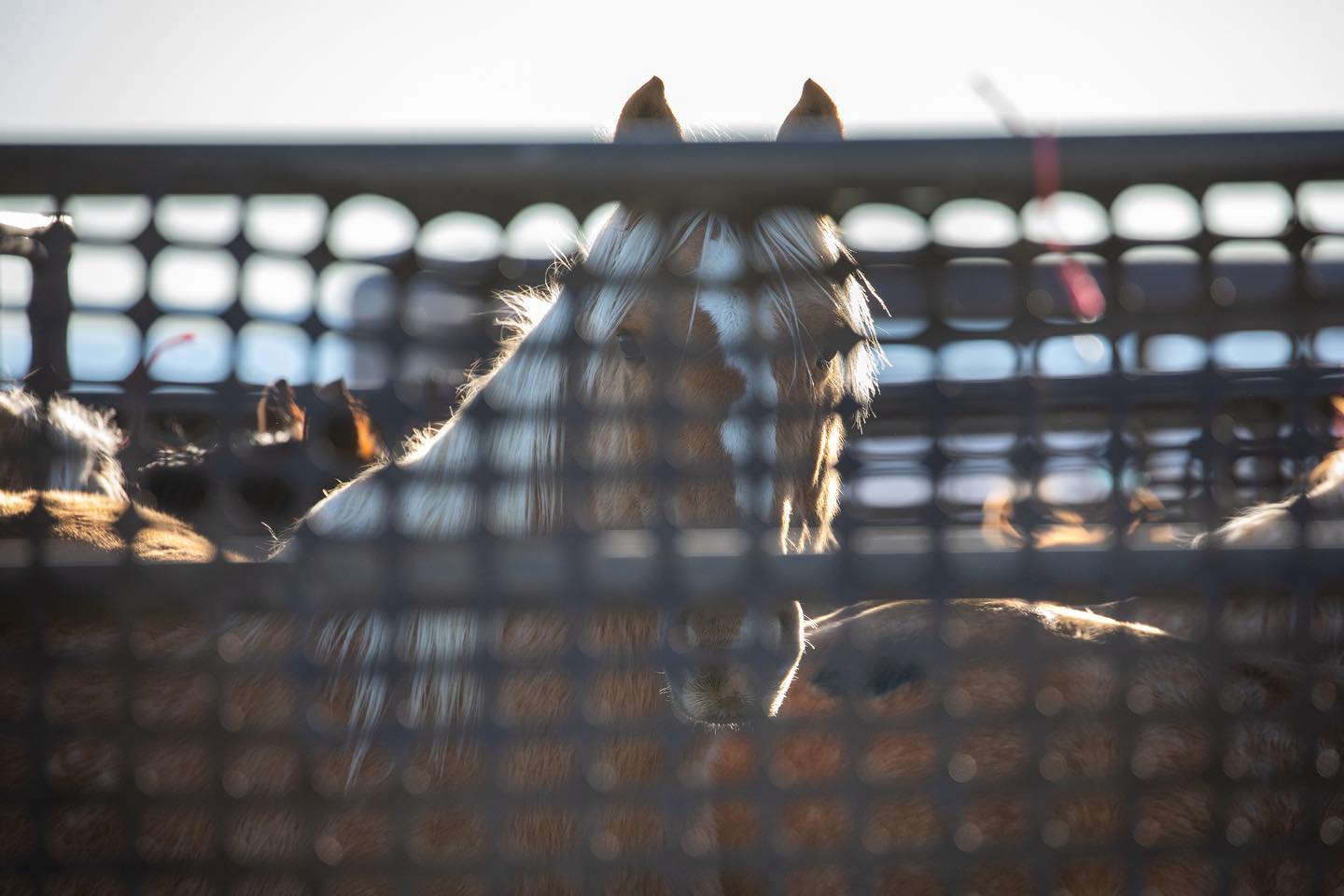 Late yesterday, the BLM released an addendum to its 4/26 vet report revealing that “bacterial coinfection” was a complicating factor leading to the deaths, in addition to the previously identified equine influenza (H3N8) virus. The addendum also reveals that the horses primarily affected were either unvaccinated or only partially vaccinated even though they had been in the pens for months since their capture from the West Douglas Herd Area in July and August 2021.

The nation’s leading wild horse protection organization, the American Wild Horse Campaign (AWHC), is urging investigators to ask the BLM why weren’t the West Douglas wild horses fully vaccinated, despite being at the Canon City facility for 9-10 months.

“This is a tragedy for all involved, but especially for the treasured wild horses who just last summer were running free on our public lands and are now dead,” said Scott Wilson, American Wild Horse Campaign board member based in Denver and wildlife photographer.

“We cannot continue to round up wild horses from their native habitats, cram them into holding pens and expect a good outcome for the wild horses or the taxpayers who are funding this broken system. This horrible situation should serve as a wake up call for Congress and our state leaders to demand reform at the Bureau of Land Management, which operates this mismanaged federal program,” continued Wilson.

The new information raises further questions about conditions and care for wild horses at the corrals.

The AWHC is also urging investigators to determine if the sanitation issues at the facility contributed to disease spread; including the bacterial coinfection that was a complicating factor in the deaths.

The Canon City facility, with a capacity to hold 3,500 wild horses, is only required by contract to clean the pens twice a year, according to records obtained by the American Wild Horse Campaign.

The veterinary report released by the agency on 4/28 cited the Canon City facility’s use of the same front loader tractor to both feed horses hay and remove the carcasses of horses who died in the pens. It is unknown whether this practice contributed to disease transmission, but the vet report indicates that the BLM discontinued the practice after the report was issued and will now use separate tractors to deliver hay and remove carcasses.

The BLM has acknowledged in news reports that ““when you congregate horses, there is a greater chance of infections spreading” while confirming the deaths are “symptomatic of diseases that can occur in livestock when they are confined in small spaces.”

AWHC said that any investigation must evaluate whether the BLM is following best practices for maintaining herd health, including vaccination and sanitation, at its off-range corrals (short term holding facilities) where 21,000 wild horses are now confined.

AWHC continues to advocate for a halt to all wild horse roundups, at minimum until the Cañon City investigation is officially complete and the necessary preventive measures have been implemented, ensuring no more wild horses needlessly and carelessly perish.

*Wilson was recently designated Photographer of the Year at the Sony World Photography Awards for his photograph of a wild Colorado mustang.