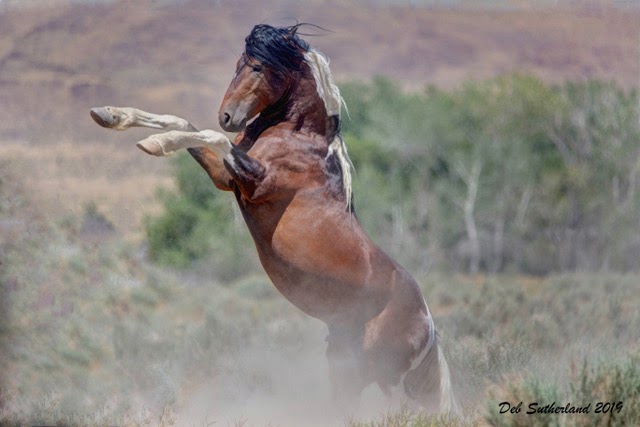 (April 6, 2021) When I first saw the newborn foal on March 16, 2014, I thought he looked like a little stuffed animal.  He was a tiny pinto, fuzzy and cute standing close to his dam Sandalwood, wide-eyed and looking around at the world for the first time.  He was born at the base of the canyon near my house in the Virginia Range and joined the rest of his family band in a parade down my street the morning he was born.  As I saw them walk past my house I realized that he wasn’t in the family lineup the day before! I followed them down the block to greet him and to take some photos.

Since Prince Steener was born just a few weeks after his half-sister, Rapunzel, I was still thinking in that “castle” mentality for names, so I started calling him Prince.  Even back then I could picture him taking his sire Bodie Braveheart’s place as an alpha stallion when he grew up. Being so close in age to Rapunzel, the half-siblings were usually seen together. Most of the time they would run wild and free in the canyon near the spring, along with their older siblings, while their dams and sire Bodie stood guard.  Then they would nap in the sage while their younger siblings would try to get them up to play.

One summer day when Prince was almost a yearling, he was full of himself and was testing his dam.  Sandalwood was walking in the canyon with him in tow when he decided to run up and bite her on the rump! Sandalwood was not happy and immediately kicked him back a few yards putting him in his place! It was funny to watch and I was glad I had my camera.  Prince and his dam were very close. Even when he was a bachelor, I would see them walking together in the canyon side by side.

He wasn’t a bachelor very long when I had the honor of watching him steal his first two mares in 2018, at the age of 4 years old.  One mare we called Silky because her mane was so long and looked like silk and the other we called Feather because she had reddish tips on the end of her mane that looked like feathers.  Feather (AKA Dora) is still with him today and is the dam of Gwendolyn (AKA Marshmallow). Quickly his family grew to include many mares and foals.

Prince has a full sister, Sunday, who lives in her own family band, along with many half-siblings. His half-siblings include Sandra and Spats, who live in the same band with his sister Sunday.  Rapunzel used to live in that band also but recently was stolen by another stallion.

Another half-sister and brother to Prince are the ones we called Mist (AKA Dark Face) and her brother Windstorm (AKA Sun Walker).  His other two half-siblings are the brothers Sandalwood Jr. (I used to call him Little Black Foot because he has one black foot) and Rhett.

Prince also has a much older half-brother who has graced the canyons for many years, the beautiful band stallion Black Hawk, who is 14 years older than Prince.  They had the same sire, Bodie Braveheart but different dams.  They are both raising their family bands near each other now and the two bands are often seen traveling together.  Black Hawk looks like their sire Bodie, only he is black like his dam Momma Midnight, while Prince looks mostly at his dam Sandalwood. I am thankful that they are still living wild and free in the Virginia Range and will always wonder how many other half-siblings of Prince are out there that we don’t know about. 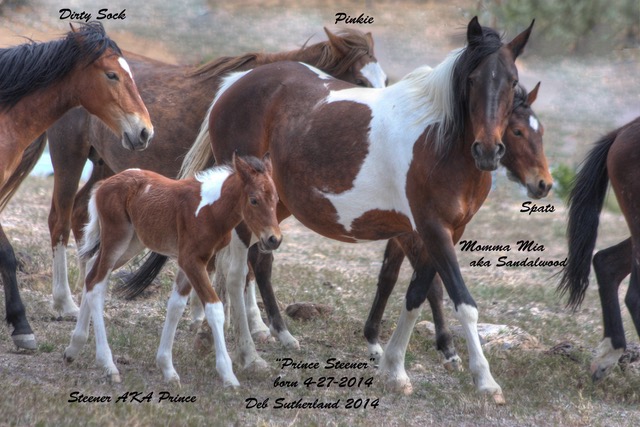 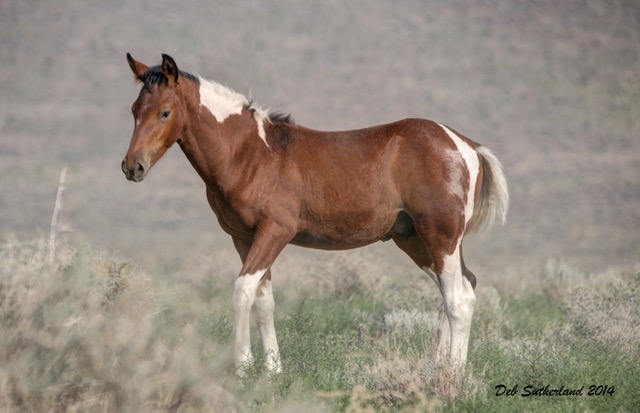 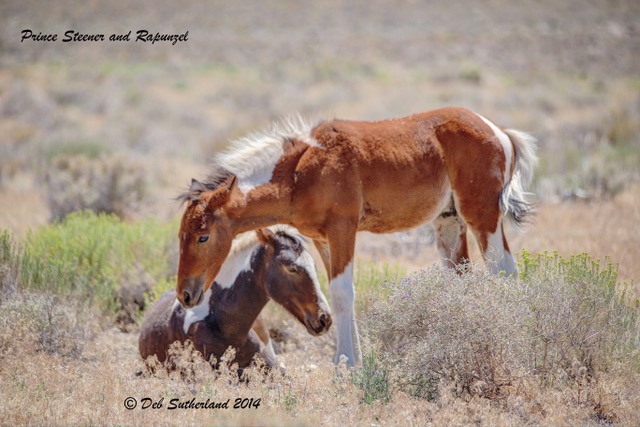 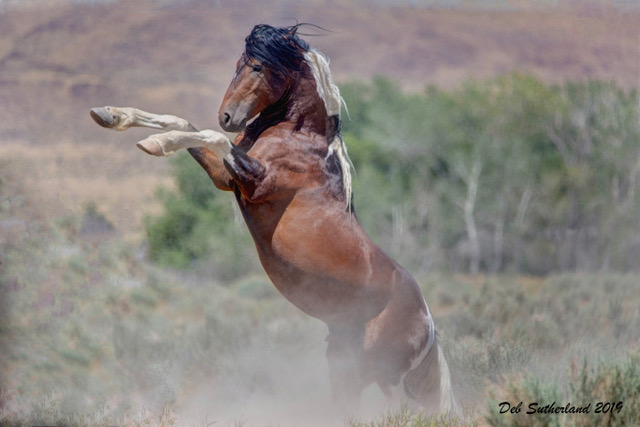 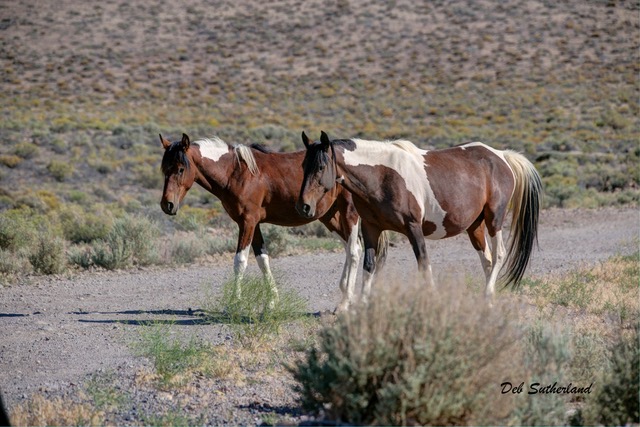