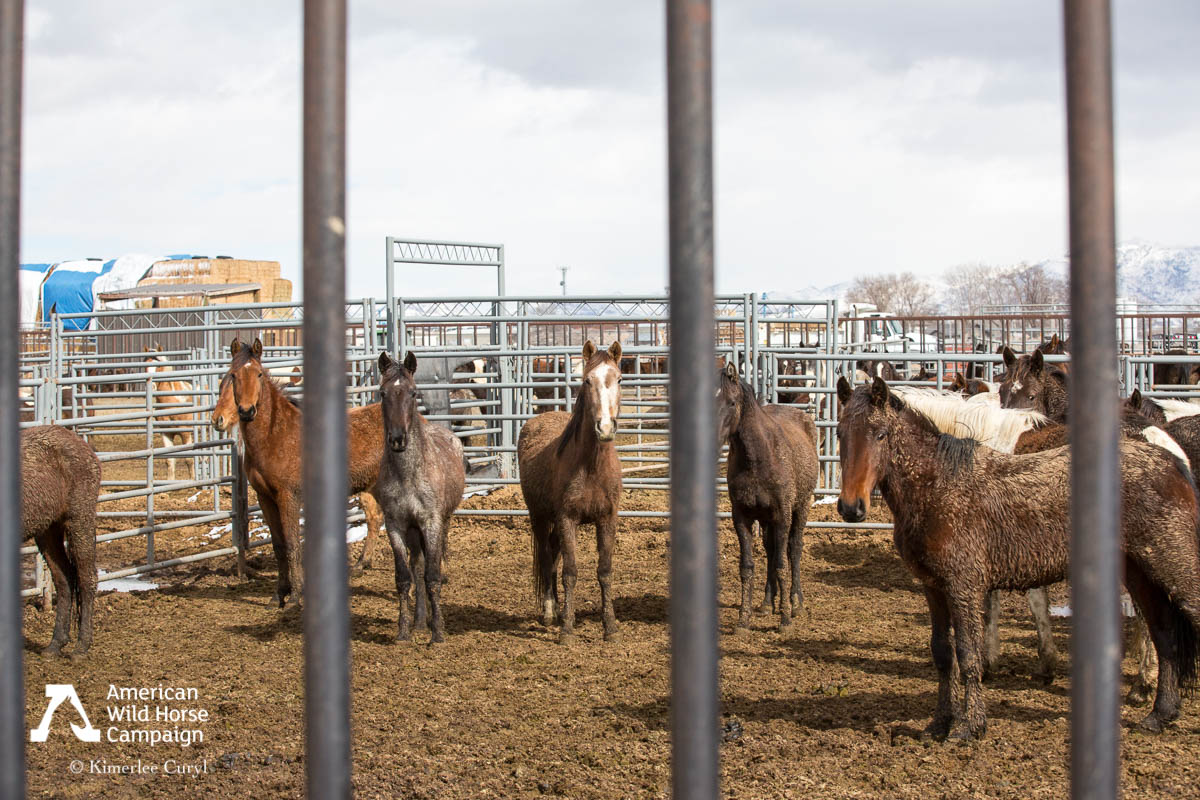 “The reality is that recent internal reports from BLM indicate a system that allows the proliferation of harmful diseases as well as other conditions that pose grave risks to the welfare of federally protected wild horses and burros.”

The concern about the BLM’s Wild Horse and Burro Program is timely, according to the American Wild Horse Campaign.

“With 145 wild horse deaths at the BLM’s Cañon City holding facility in recent weeks – the deadliest disease outbreak in the agency’s history – reform is urgent and necessary,” said Suzanne Roy, AWHC’s Executive Director. “Evidence and even the BLM’s own internal assessments point to a broken system that is failing to protect our nation’s wild horses and burros. Americans expect more and 88 percent of Americans want our nation’s wild horses protected. We applaud these Members of Congress for requesting a review of BLM practices.”

The request for a Congressional oversight hearing comes the same week that BLM rebuffed requests by Colorado Governor Jared Polis and Congressman Joe Neguse to delay a pending wild horse roundup in Colorado and reevaluate how the agency manages the state’s wild horses.

Shortly after those requests were made, the BLM announced that it was expediting the start of the roundup, which is taking place in the Piceance-East Douglas Herd Management Area (HMA) west of Meeker.

AWHC shares the concerns cited in the Congressional letter about piling more captured wild horses into an already overburdened and failing holding system:

“With the BLM planning to roundup at least 22,000 wild horses and burros, under the guise of reaching Appropriate Management Levels that are determined through unclear means and adding to the nearly 60,000 currently confined in BLM facilities, we believe an oversight hearing of the Wild Horse and Burro Program is merited to protect the well-being of captured horses and to ensure that the BLM is focusing its efforts on humane on-range management.”

“It’s time for real reform of the BLM’s Wild Horse and Burro Program. Business as usual is not acceptable,” said Roy. “We thank these seven Members for standing for our nation’s wild horses and burros.”

AWHC has long advocated that the BLM’s Wild Horse and Burro Program is unsustainable, fiscally irresponsible, and inhumane. The BLM relies on continual roundup, removal, and warehousing of wild horses and burros in government holding facilities at taxpayer expense. The adoption of science-based fertility control vaccine programs is necessary to manage wild horses and burros humanely in the wild and provides an alternative to rounding them up and removing them from their natural habitat on public lands.