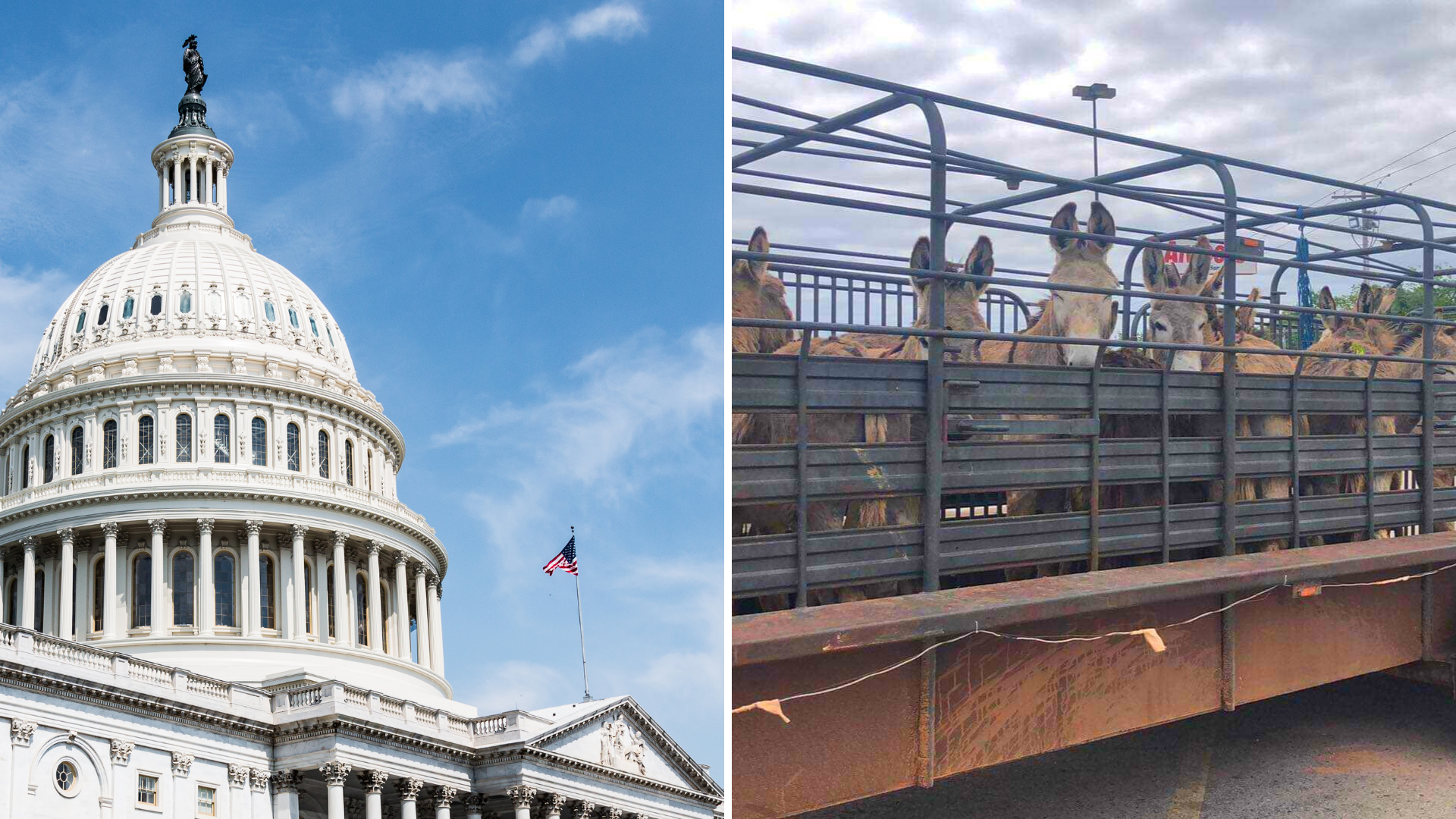 “Until this critical bill becomes law, we urge that the Department of Interior to take quick action to immediately suspend the Adoption Incentive Program to conduct a full and transparent investigation into the prevalence of federally protected wild horses and burros being sent to slaughter once placed into private ownership,” the House letter stated.

The NY Times report was prompted by an investigation conducted by the national nonprofit, the American Wild Horse Campaign (AWHC), which sent a detailed report of its findings to Secretary Haaland. In an addendum to the report, the organization also outlined new evidence, based on records obtained through the Freedom of Information Act, confirming additional horses and burros acquired through the AIP and sold at kill pens.

Last week, California Senator Dianne Feinstein also sent a letter to the Secretary, writing that she has “great concern” over the evidence outlined by the investigation.

“The latest BLM slaughter scandal should serve as a rallying cry for swift federal action to protect these iconic animals that 80 percent of Americans want to preserve. It’s time to end the culture of rounding up and warehousing wild horses and burros that puts these animals at risk of slaughter,” said Holly Gann Bice, Director of Government Relations for AWHC. “We call on Congress to demand an immediate investigation of the BLM’s Adoption Incentive Program, use the power of the purse to rein in the BLM’s mass roundup program, and pass the SAFE Act to protect American horses from the cruel fate of slaughter.”

The BLM’s AIP pays individuals a $1,000 incentive to adopt untamed wild horses or burros. Since 2019 when the program was implemented, the BLM has doubled the number of these animals being adopted into private care. Although adopters sign a contract agreeing under penalty of perjury not to directly or indirectly sell the horses to slaughter, the evidence clearly indicates that many are collecting their incentive payments, then sending the horses to slaughter auctions as soon as the checks clear their bank accounts. Additionally, groups of related individuals are adopting four horses each (the BLM’s per adopter limit) then “flipping” the horses to slaughter auctions in groups, profiting as much as $30,000 in incentive payments and sale fees at auction.

In addition to terminating funding for the AIP, AWHC also urges Congress to pass the Save America’s Forgotten Equines (SAFE) Act to protect America’s horses from slaughter, which was recently introduced by U.S. Reps. Jan Schakowsky (D-IL) and Vern Buchanan (R-FL), and to adopt appropriations language, requested by U.S. Reps. Dina Titus (D-NV), Steve Cohen (D-TN), and over 40 of their House colleagues, to fund humane fertility control as an alternative to the mass roundups that are fueling the slaughter of these wild horses and burros.