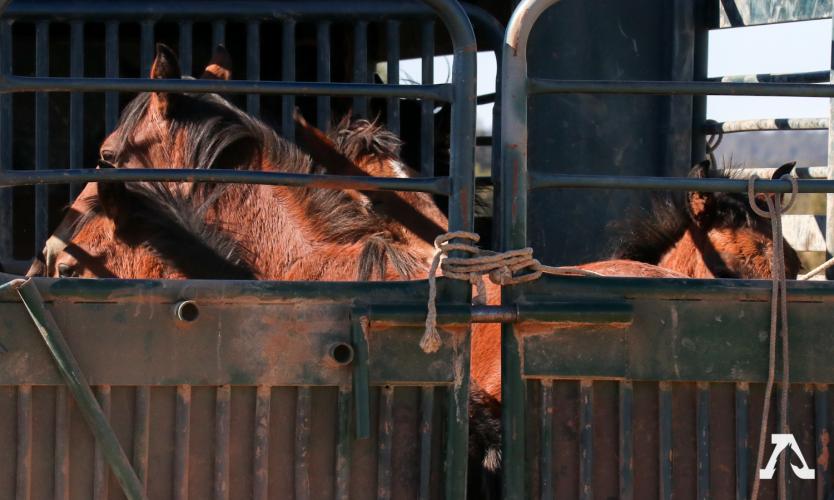 Census Shows Mustang Population is Half the Size Previously Claimed

ALTURAS, CALIF (July 30, 2019)... Today, the U.S. Forest Service announced its plan to conduct another wild horse roundup in the Modoc National Forest at the same time as it released a census showing far fewer mustangs live in the Forest than previously claimed. In response, the American Wild Horse Campaign (AWHC), the nation’s largest wild horse protection group, charged that the Forest Service and livestock interest groups had been falsely inflating horse number with the intent of securing tax dollars for roundups to remove most of the wild horses from the Modoc Forest

"The new census exposes the propaganda campaign, waged by ranching interests, that inflates wild horse numbers to convince the public that wild horses must be rounded up and sold for slaughter,” said Suzanne Roy, Executive Director for AWHC. “Ranchers want unfettered access to public lands, and are scapegoating wild horses for the environmental destruction caused by their intensive, commercial livestock grazing.”

The Forest Service also announced today that it would remove 500 more wild horses from the Modoc Forest in a helicopter roundup this fall. This follows the removal of 932 Devil’s Garden wild horses in a helicopter roundup last fall. The Forest Service plan to sell captured wild horses without limitation slaughter has provoked litigation and widespread opposition from the public and California political leaders including U.S. Senator Dianne Feinstein, Attorney General Xavier Becerra, U.S. Rep. Ted Lieu and 26 other members of the California Congressional delegation, and Assemblyman Todd Gloria and 27 of his California Legislative colleagues.

In October, AWHC, joined by the Animal Legal Defense Fund, filed a lawsuit to block the Forest Service from proceeding with its plan to sell federally-protected wild horses for slaughter.

Under pressure from local ranching interests, the Forest Service seeks to reduce the wild horse population to between 206-402 in the Forest while authorizing over 3,700 cow/calf pairs and 2,900 sheep to graze for six months a year on the public lands there.

As an alternative to the unsustainable roundup and removal of wild horses, AWHC had proposed implementing and funding a pilot fertility control project to humanely reduce population growth rates in the herd, as recommended by the National Academy of Sciences. However, the Forest Service rejected the offer.

More information on the Devil’s Garden wild horse situation can be found here.