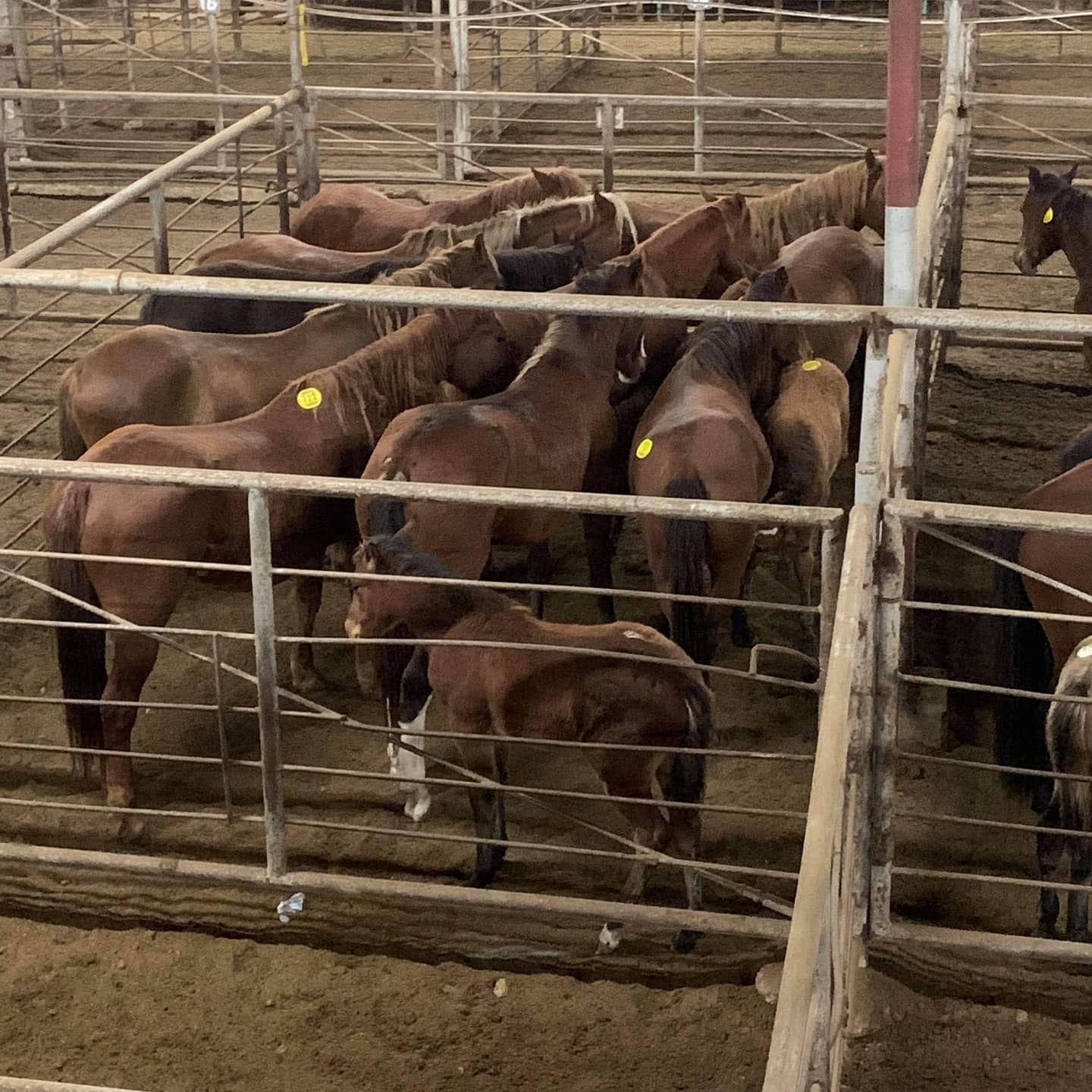 WASHINGTON, DC (May 19, 2021)  — A report released today by the nation’s leading wild horse organization provides new evidence of rampant abuse, neglect, and sale for slaughter of wild horses and burros as a result of a federal adoption incentive program. The program was first exposed by a New York Times exposé (5/15/21) as a pipeline to slaughter for truckloads of these federally-protected animals.

The report, provided to Congress and Interior Secretary Debra Haaland, was prepared by the American Wild Horse Campaign (AWHC) with assistance from Skydog Sanctuary, Evanescent Mustang Rescue, and Black Hills Wild Horse Sanctuary. It follows a plea by the groups to Secretary Haaland to suspend and investigate the  Bureau of Land Management (BLM) Wild Horse and Burro Program’s Adoption Incentive Program (AIP) program. The groups also called on Secretary Haaland to place a moratorium on wild horse and burro roundups and re-evaluate the previous Administration’s mass roundup plan, which is fueling efforts to dispose of captured wild horses and burros and resulting in their illegal transfer for slaughter.

“The evidence we’ve uncovered clearly shows that the Adoption Incentive Program is resulting in the rampant abuse, neglect, and slaughter of America’s cherished wild horses and burros,” said Suzanne Roy, executive director of the American Wild Horse Campaign. “The Interior Department must immediately shut down this taxpayer-subsidized slaughter scheme and launch a full investigation that will hold agency officials and adopters accountable for violating the federal prohibition on wild horse and burro slaughter.”

Among the AIP adopter neglect and abuse cases uncovered:

Although the adopters sign a contract agreeing not to sell horses or burros to a person or organization for slaughter and to provide adequate care, the agency is not enforcing those contracts and in some cases is actively relaying to adopters there is no limit to what they can do with the animals once they receive title to them. Groups of related individuals are even adopting four horses or burros each (the BLM’s per-adopter limit), then dumping them at kill pens and collecting $30,000 or more in incentive payments and sale profits.

In the wake of the NY Times revelations, the American Wild Horse Campaign also launched an online petition to Interior Secretary Deb Haaland calling for the immediate suspension of the AIP, an investigation into the program, criminal prosecution of adopters who violated their adoption contracts by selling horses for slaughter, termination of BLM employees who knowingly placed wild horses and burros into high-risk situations, and redirection in funding toward humane and scientific fertility control instead of the failed system of rounding up and penning of these iconic symbols of the American West.