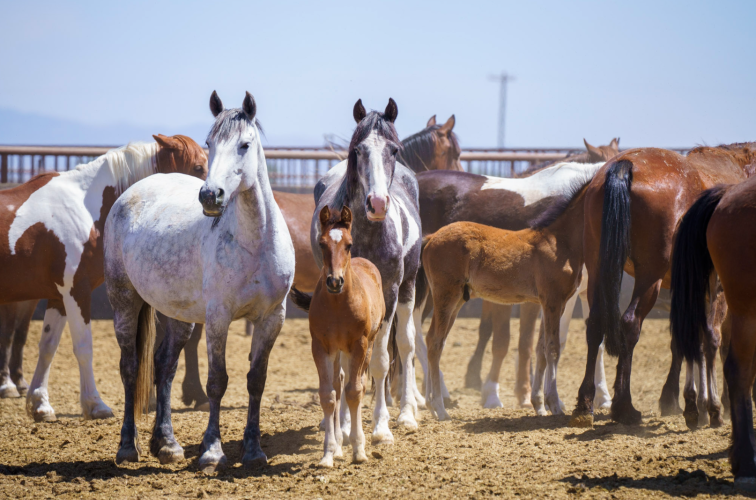 The AIP pays individuals $1,000 in taxpayer funds to adopt a wild, untamed horse or burro. The program allows up to four animals at a time per adopter.

In a report sent today to the BLM, AWHC documents that the number of wild horses and burros sold in kill pens has surpassed 1,000 since the AIP came into effect — an unfortunate milestone that includes 180 more BLM animals than AWHC previously reported in July of this year. While some of the horses and burros were rescued — sometimes hours before shipping to slaughter — many others were not.

The report provides clear evidence that the AIP is being routinely defrauded by adopters who are pocketing the cash incentives and then dumping their animals at kill pens (livestock auctions that sell horses directly or through middlemen “kill buyers” to slaughter plants in Canada and Mexico). The report uncovers numerous groups of related individuals who are profiting by adopting the maximum number of animals per person then selling them at slaughter auctions — earning as much as $80,000 in incentives and auction fees.

“Congress prohibits wild horse and burro slaughter, but the BLM’s Adoption Incentive Program is unquestionably sending these animals into the slaughter pipeline,” said Amelia Perrin, Investigations Manager for the American Wild Horse Campaign. “We urge the BLM to treat this animal welfare crisis with the urgency it warrants by eliminating the cash incentives that are driving the problem.”

AWHC points to veterinary vouchers as an alternative that would serve the agency’s goal of increasing the placement of wild horses and burros into quality homes, while better protecting these iconic animals from the cruel fate of slaughter.

AWHC’s initial investigative findings prompted a May 2021 New York Times investigative report on the AIP. AWHC's July 2022 report and recent addendum — based on records obtained under the Freedom of Information Act and paperwork obtained from auctions via rescue groups — document that the extent of the problem is far greater than previously reported.

AWHC notes that its findings represent the tip of the iceberg as many BLM horses and burros are directly shipped across the border without being advertised for resale by the auctions.